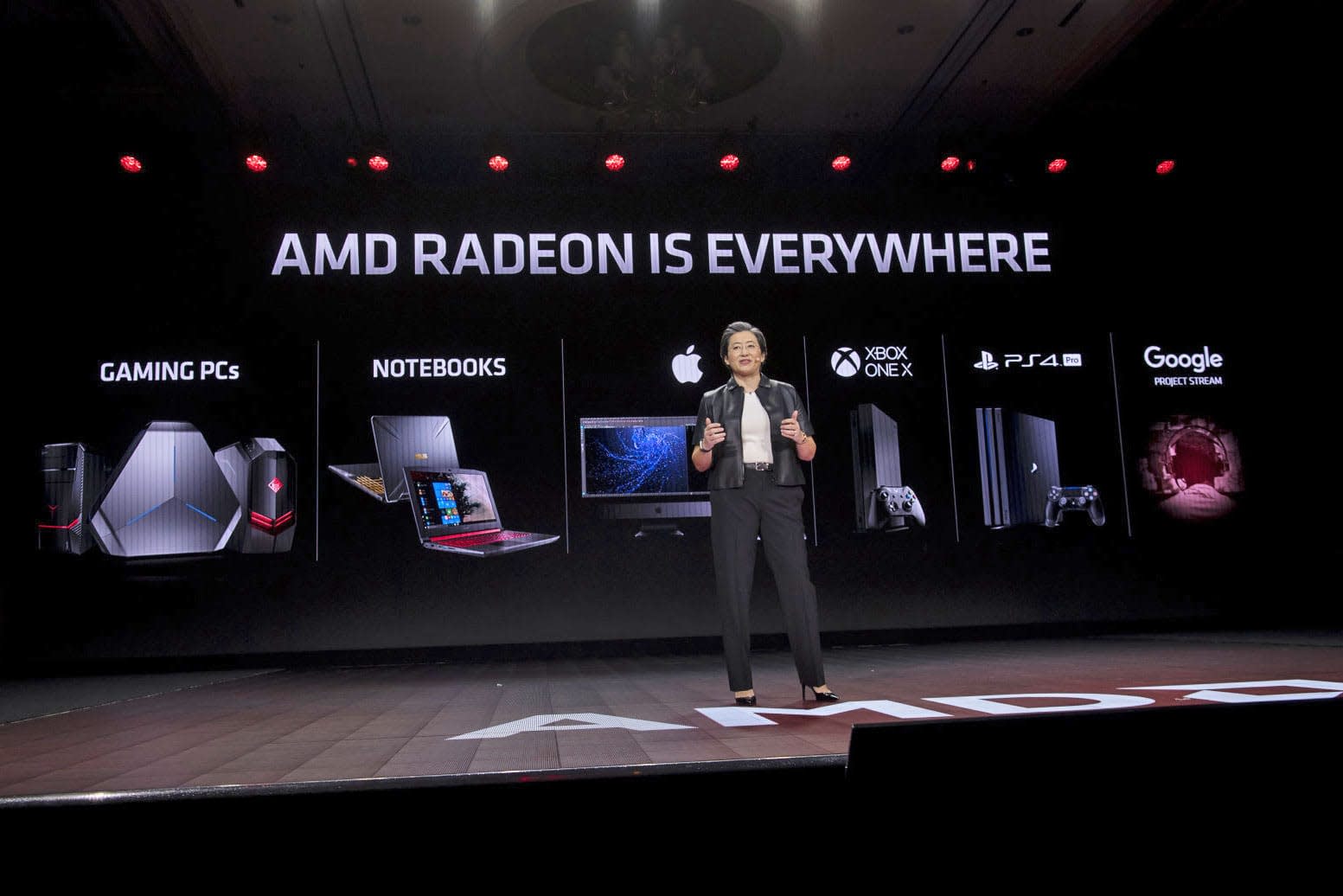 AMD is set to announce more GPUs based on its 7-nanometer Navi tech, according to a leak from Sapphire, one of its largest graphics card partners. At Computex, CEO Lisa Su will reportedly unveil the Navi XT that can best the NVIDIA RTX 2070 for $499. AMD will also launch the Navi Pro, with performance between the RTX 2060 and RTX 2070 for $399. The Radeon VII, meanwhile, will remain AMD's flagship GPU.

NVIDIA's RTX 2070 and RTX 2060 cost the same $499 and $399, respectively, but have ray-tracing capability that AMD's cards will apparently lack. Given the more advanced 7-nanometer tech, AMD could nip NVIDIA when it comes to power efficiency. However, at this point, AMD's pricing seems a bit high. If NVIDIA decided to drop the pricing on the RTX 2070 and 2060 (which it easily could) the new Navi cards would be a very tough sell.

Sapphire said that it's planning custom water-cooled versions of the Navi GPUs, so enthusiasts should be able to really crank up the overclocking. That might help them outperform NVIDIA's equivalent cards under heavy gaming or content creation loads.

Take this leak with some skepticism, because none of it has been confirmed officially by AMD. However, given that OEM leaks tend to happen just ahead of major shows like Computex, the odds are better than not that it's accurate. Sapphire executives said that Su will reveal the cards at AMD's Computex 2019 keynote address on May 27th, and they'll reportedly go on sale on July 7th, 2019.

In this article: 7-nanometer, amd, Computex2019, gear, GPU, GraphicsCard, Navi, personal computing, personalcomputing, ray-tracing, RTX2070
All products recommended by Engadget are selected by our editorial team, independent of our parent company. Some of our stories include affiliate links. If you buy something through one of these links, we may earn an affiliate commission.