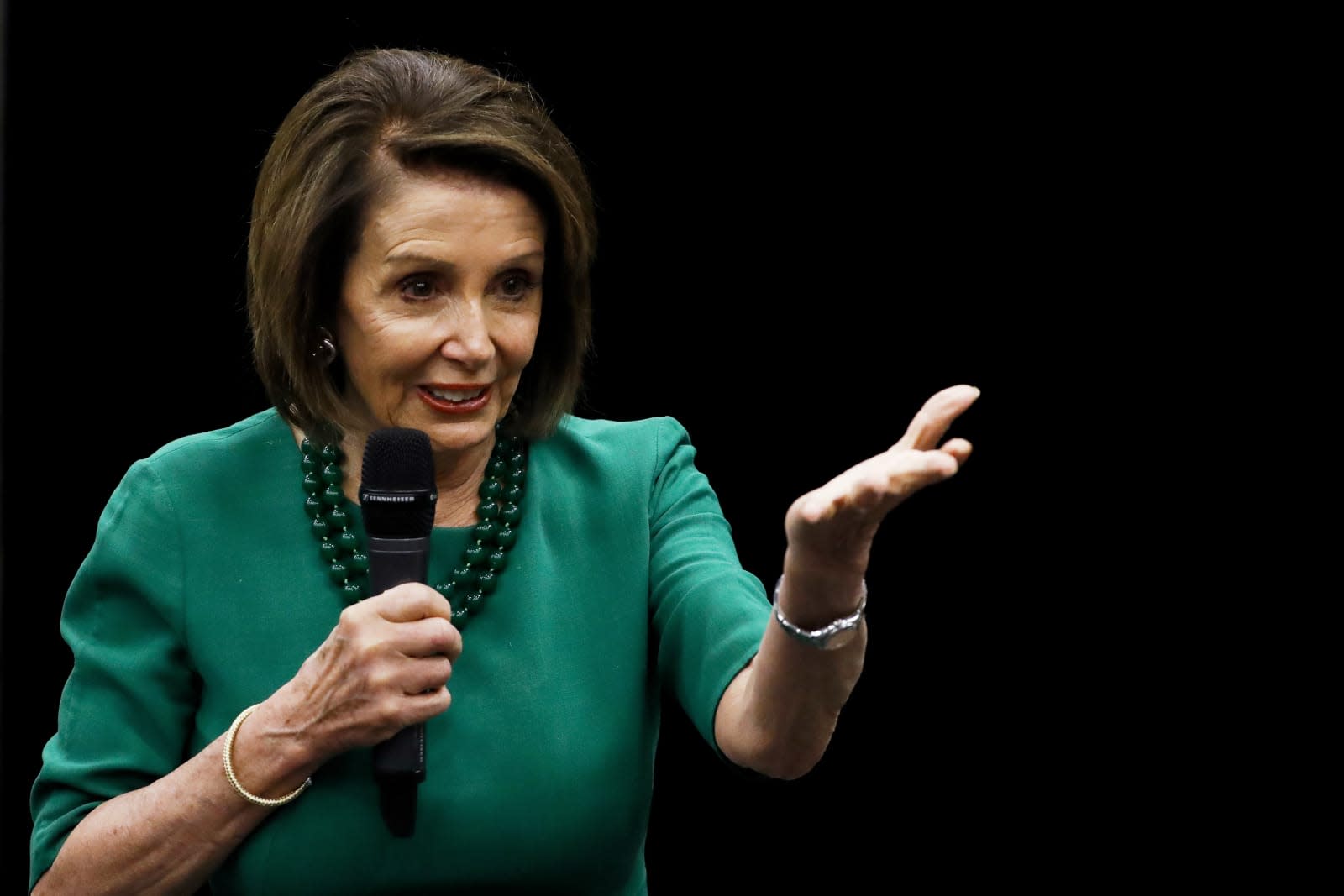 Facebook won't remove a viral video that purports to show Speaker of the United States House of Representatives Nacy Pelosi slurring her words. Instead, according to a Gizmodo report, the social network will display an article from a third-party fact-checking site that will highlight the fact the video has been edited. Facebook also plans to limit the reach of the video, though it hasn't specified how it will accomplish that.

"Once the video was fact checked as false, we dramatically reduced its distribution," a Facebook spokesperson told Engadget. "Speed is critical to this system, and we continue to improve our response. People who see the video in feed, try to share it from feed, or already shared it are alerted that it's false."

Facebook is attempting to thread the needle between censoring the unquestionably altered video and allowing people to share what they want. In contrast, YouTube has opted to remove the video altogether, according to CNN. While Facebook's approach will attempt to dispell some of the misinformation created by the video, it may be too late for that. The edited footage has already racked up millions of views on Facebook alone and has been shared by President Donald Trump (he has since deleted it), former mayor of New York Rudy Giuliani and a number of other high-profile people. The addition of a disclaimer won't retroactively inform viewers who have already seen and shared the video.

Facebook has attempted to take a more active role in stopping the spread of fake news in recent months, cracking down on fake accounts and trying to make misinformation on controversial topics like vaccines less visible. However, the company has always been a little tepid to actually remove content. It took years for Facebook to ban Alex Jones and InfoWars from its platform despite regularly sharing false information. The company said that it takes down video that violate its Community Standards, but there is no policy that requires people to share information that is true.

In this article: business, deepfakes, facebook, gear, hoax, internet, nancy pelosi, services, viral video
All products recommended by Engadget are selected by our editorial team, independent of our parent company. Some of our stories include affiliate links. If you buy something through one of these links, we may earn an affiliate commission.