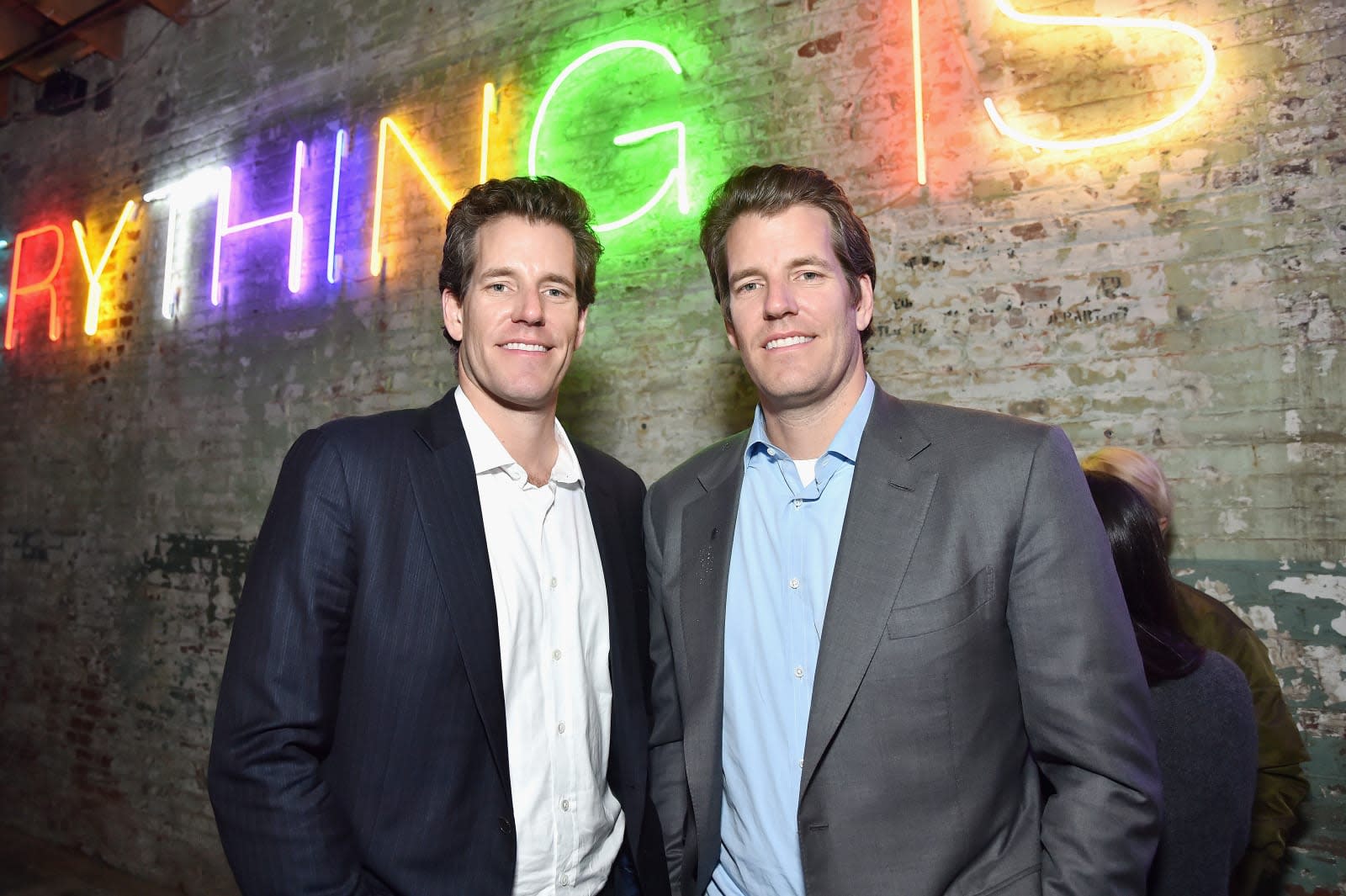 As Facebook continues to poke around at the possibility of creating its own digital currency, it's created the possibility for the unlikeliest of reunions. According to the Financial Times, the social networking giant has held talks with the Winklevoss twins to discuss the possibility of using Gemini, a cryptocurrency exchange founded by the brothers, to store and distribute the planned Facebook coin. Engadget reached out to Facebook for additional information but the company declined to comment.

According to the report Facebook has also held conversations with Coinbase about the possibility of storing and converting the company's planned coin. While Coinbase is one of the largest and most popular cryptocurrency exchanges, Facebook reportedly has its eye on Gemini because of its close ties to regulators. Gemini recently launched an ad campaign touting its compliance with existing regulations and has called on the cryptocurrency industry to embrace standard best practices and comply with financial rules.

It's a bit ironic that cryptocurrency could bring Facebook and the Winklevoss twins together again. It was the $65 million settlement payment the brothers got from Facebook that enabled them to invest heavily in cryptocurrency. But Facebook's interest in the sector appears to be real. Rumors have swirled for months now that the company is planning to launch a coin that will allow users to make purchases and exchange money across Facebook platforms. Earlier this month, it was reported that Facebook may even be looking to take its platform across the web to compete with other payment services like Apple Pay.

In this article: business, cryptocurrency, Cryptocurrency exchange, facebook, facebook coin, gear, Gemini, services, Winklevoss, Winklevoss Twins
All products recommended by Engadget are selected by our editorial team, independent of our parent company. Some of our stories include affiliate links. If you buy something through one of these links, we may earn an affiliate commission.