Cannabis vaporizers have come a long way. As weed becomes legal in more states, companies are free to devise new methods to administer the herb. Enter Omura and the Series 1. At first glance, it looks like a conventional — if not more stylish — flower vaporizer. The Series 1 takes a different approach to most though, using pre-filled "flower cartridges" over the bring-your-own approach of rivals like PAX.

Conventional vaporizers tend to have their own idiosyncrasies. Some have limited or arbitrary heat settings and the heating element could be ceramic, metal or quartz. All this presents many variables that might not reap the best yield from your green. There's also the fuss of grinding and packing the chamber, which is easy enough but becomes more of a chore the more you consume.

With the Series 1, slide the cartridge into the chamber, click the button to activate heating, and off you go. A "session" runs for three minutes, during which you can to go to town on the cartridge. Once the session is over, it'll switch off — by which time the cartridge should be spent. Though I can tell you now, if you go for a second round on the same cartridge, you can eke a little more fun out of it -- though Omura doesn't recommend this. 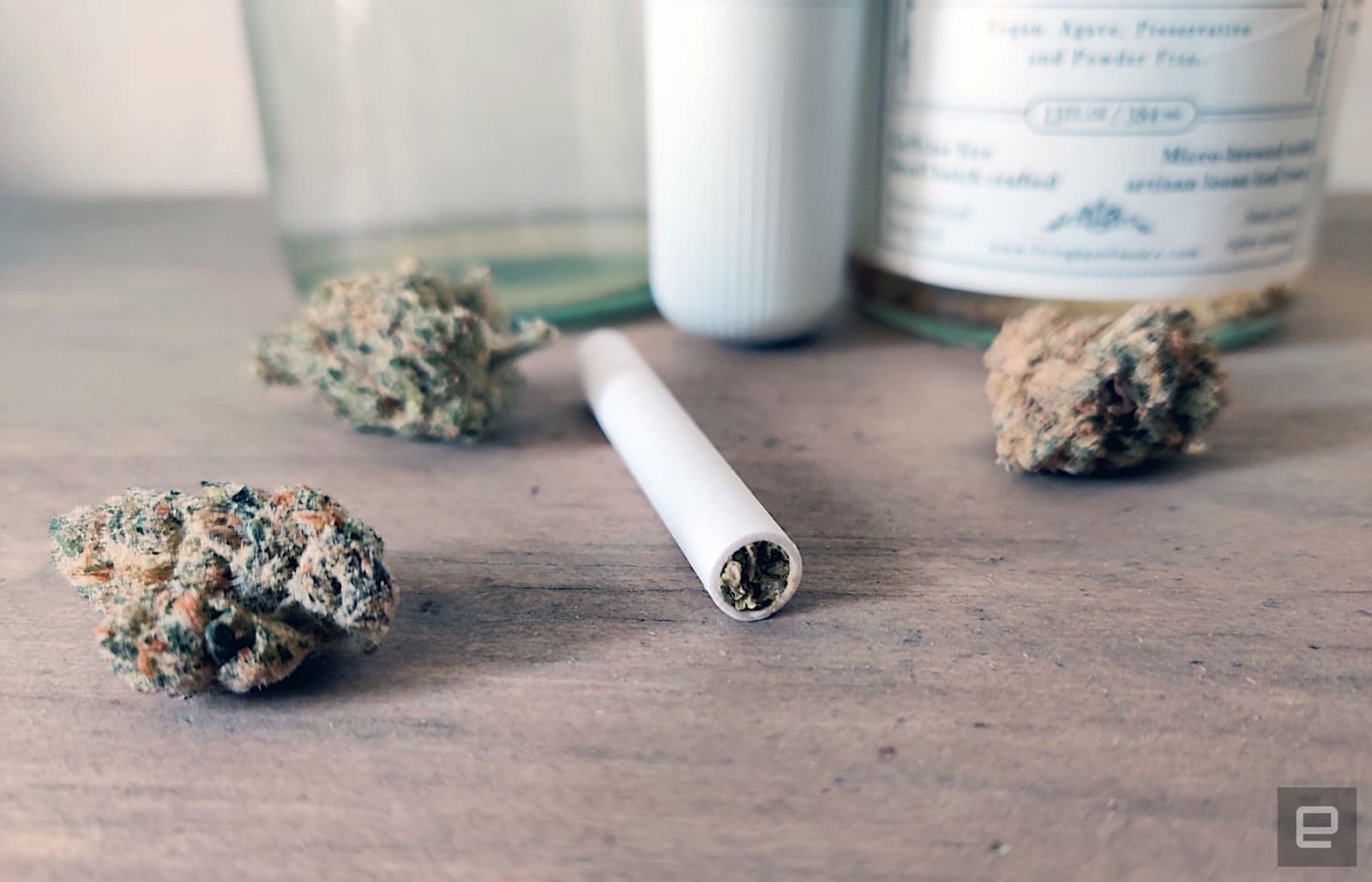 You may also have noticed that Omura's Series 1 has a distinct look. The sleek design is less aggressive or "gadgety" than many competing products, and (at least, I think) more discreet. Although, with the cartridge inserted, it does look a bit like you're sipping on a lightsaber handle.

Omura calls its vaporizing technique "heat not burn," which we've already seen with tobacco (like Philip Morris' iQOS). The idea is that, by heating (not burning) material, you won't get any smoke or the health concerns that come with that.

Astute vapers might argue that this is true for all dry herb vaporizers. The only difference here being the pre-packaged nature of the cannabis. The use of proprietary cartridges also means you are locking yourself into Omura's ecosystem. Generally, this means paying more by weight for your cannabis, and a limited choice of strains. (A pack of 12 cartridges contains about 1.5g total and costs $30 -- 3.5g typically costs around $40 if bought loose.) While cartridges are single use, I did try emptying a spent one and filling it with some of my own ground material. It worked, though I would imagine it's not recommended (I can confirm Omura doesn't recommend it at least).

In theory, a curated, optimized ecosystem should offer a better experience. For example, the Series 1 has a calibrated heat curve which the company claims maximizes the release of terpenes and cannabinoids. It also has USB-C charging, which is nerdy but pleasing (this transition from micro-USB is taking too long!). 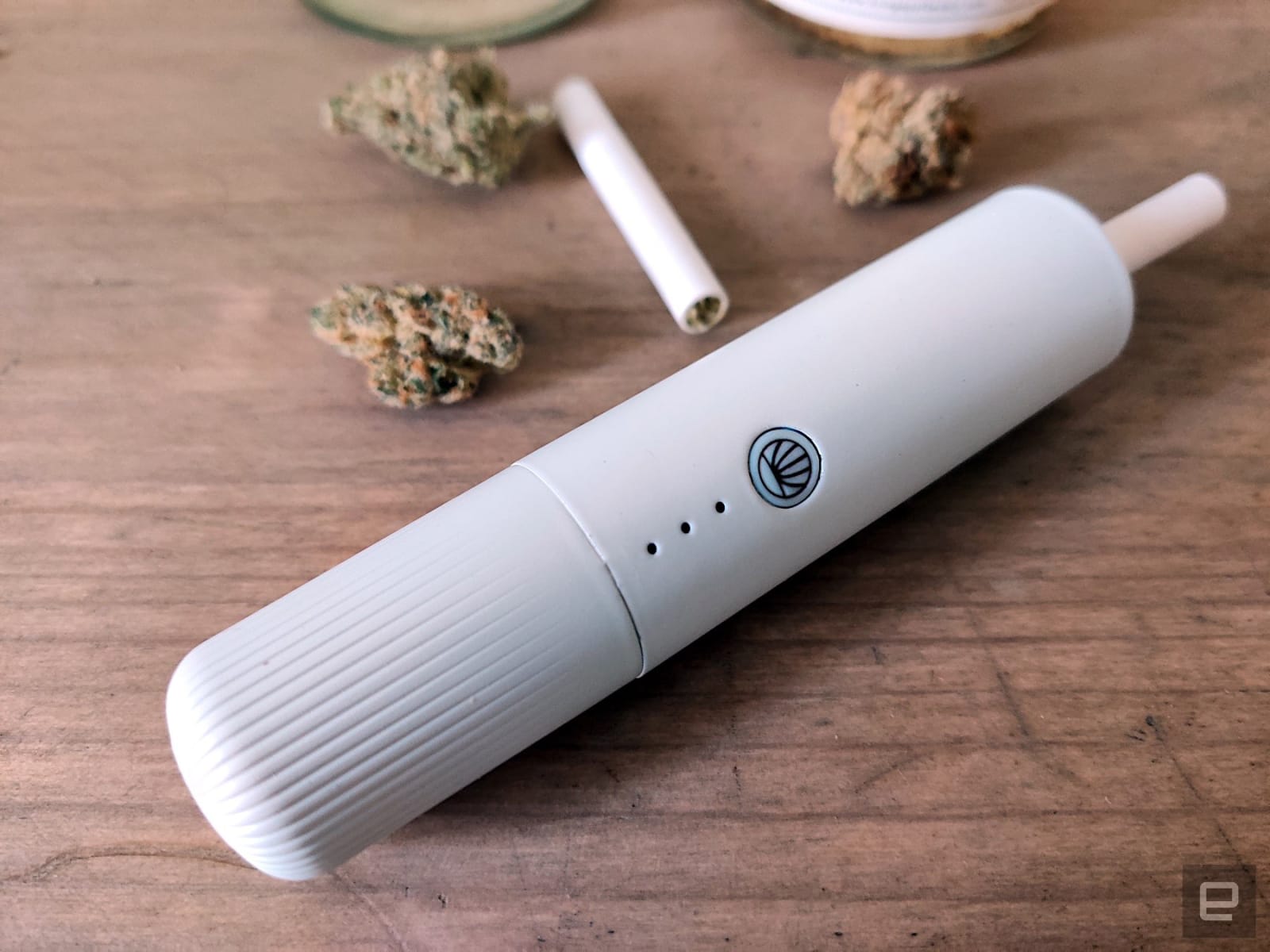 Proprietary systems can be great, but only if they work well. I'm pleased to say I'm surprised by how "effective" the Series 1 is. The Kushberry Cheesecake strain I tried didn't produce a lot of vapor, but the effects were clear (less vapor is common with dry herb). The flavor was stellar and didn't taste too damp or dry (as it often can do at the start/end). Omura says its flower isn't treated in any way, so it's 100 percent as it comes.

When I first saw the Series 1 I assumed it might land in the PAX 3/Firefly price range (around $300). At $100 it's more reasonable. Sure, this price means you're committing to buying their range of cannabis, but if you dig the convenience and the design, it's likely not too pricey.

Of course, many generic dry herb vaporizers cost less and offer the flexibility of bringing your own weed. But Omura is clearly going after those who like the no-fuss approach, with a unique design thrown in to boot. You can buy the Series 1 direct from Omura, but the cartridges are only available in Arizona and California, at least for now.