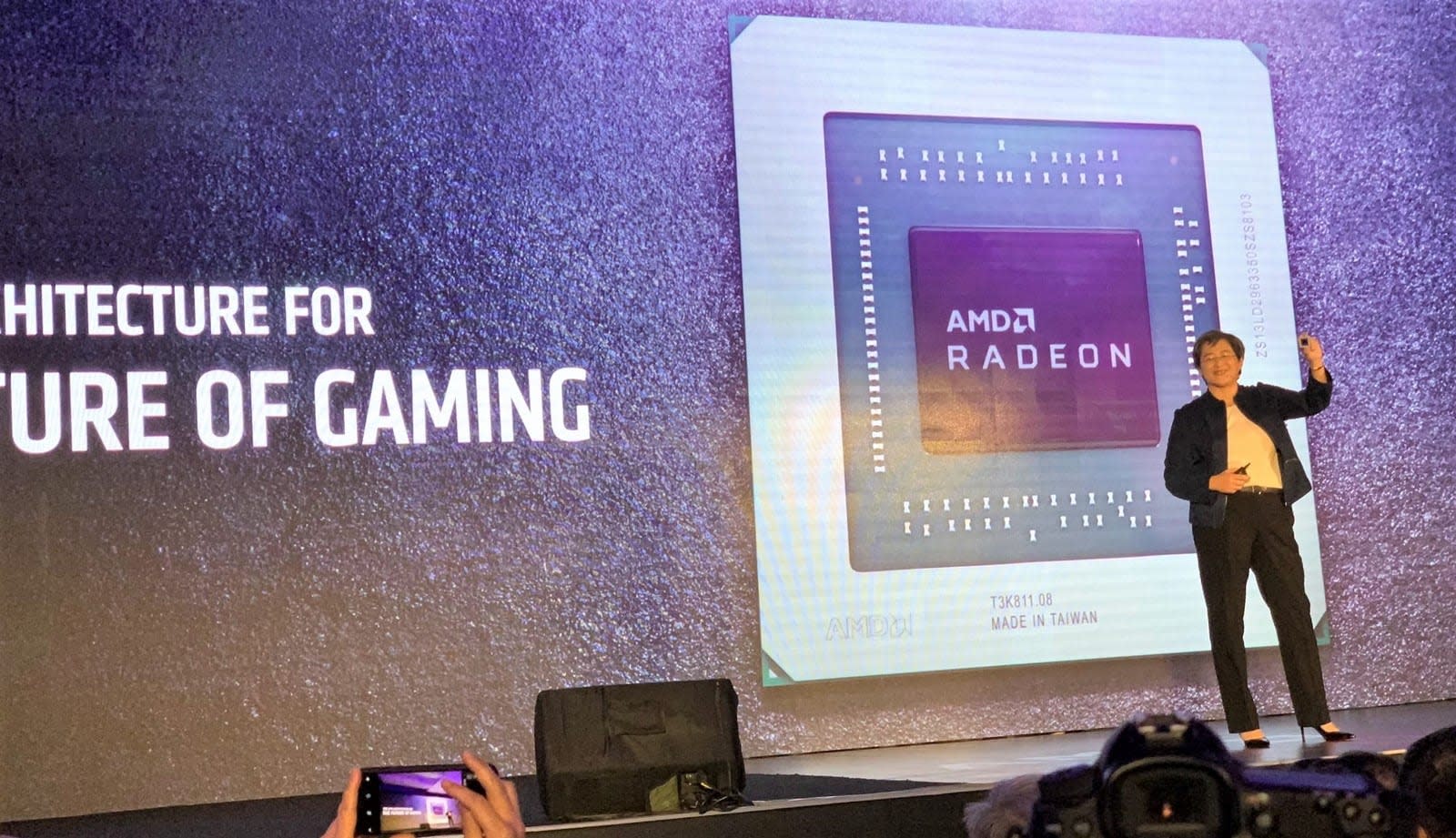 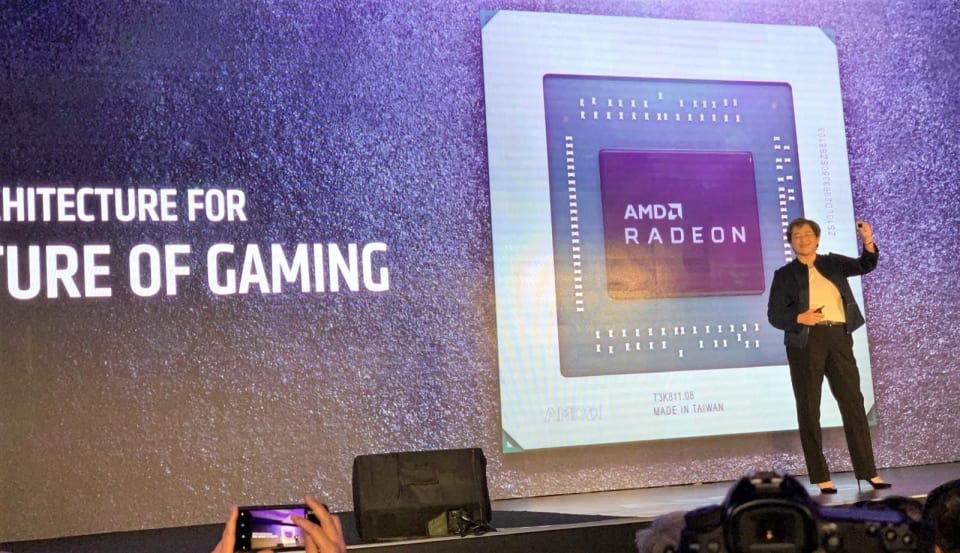 Just as we expected, AMD took the wraps off of its first 7nm Navi consumer GPU's today at Computex, though the company is still playing coy with details. The Radeon RX 5000 series is the name of the new lineup, and the first featured card is the RX 5700, a mid-range offering that will go toe-to-toe with NVIDIA's RTX 2070 GPU. At this point, the Radeon VII keeps top billing for the company. You won't see Navi on the box, though -- AMD is officially calling its new architecture RDNA, or Radeon DNA.

Unfortunately, AMD is waiting until E3 to divulge specifics on these next-generation RDNA cards. For now, the company says we can expect 25 percent better performance-per-clock and 50 percent faster performance per watt with the new architecture, compared to its older Graphics Core Next technology. In addition to being the first 7nm consumer video cards, the Radeon RX 5000-series will also support PCIe 4.0 and fast GDDR6 memory. In a brief on-stage demo, we saw the RX 5700 go against NVIDIA's RTX 2070 in Strange Brigade, where it emerged victorious by about 10 percent.

One key feature that's still missing is ray tracing, which NVIDIA is banking on heavily with its RTX cards. Even though AMD said it's developing ray tracing technology of its own, it seemed like something it'd be eager to announce if it was going to be present in these cards. But during a post-keynote chat with AMD CEO Lisa Su, she didn't rule out the feature, and just hinted that we'll hear a lot more during their E3 livestream on June 10th.

"We view ray tracing as a very important element across the portfolio, so we'll have it in a number of other places," Su said. She added that AMD will ensure that the ecosystem also has broad support around implementing the technology. After all, if developers are reluctant to implement ray tracing, as they have been with NVIDIA's RTX cards, it may never get enough traction to succeed.

AMD says the Radeon RX 5700 cards are expected to go on sale in July.

In this article: amd, Computex 2019, Computex2019, gadgetry, gadgets, gaming, gear, GPUs, Navi, personal computing, personalcomputing, Radeon RX 5700
All products recommended by Engadget are selected by our editorial team, independent of our parent company. Some of our stories include affiliate links. If you buy something through one of these links, we may earn an affiliate commission.