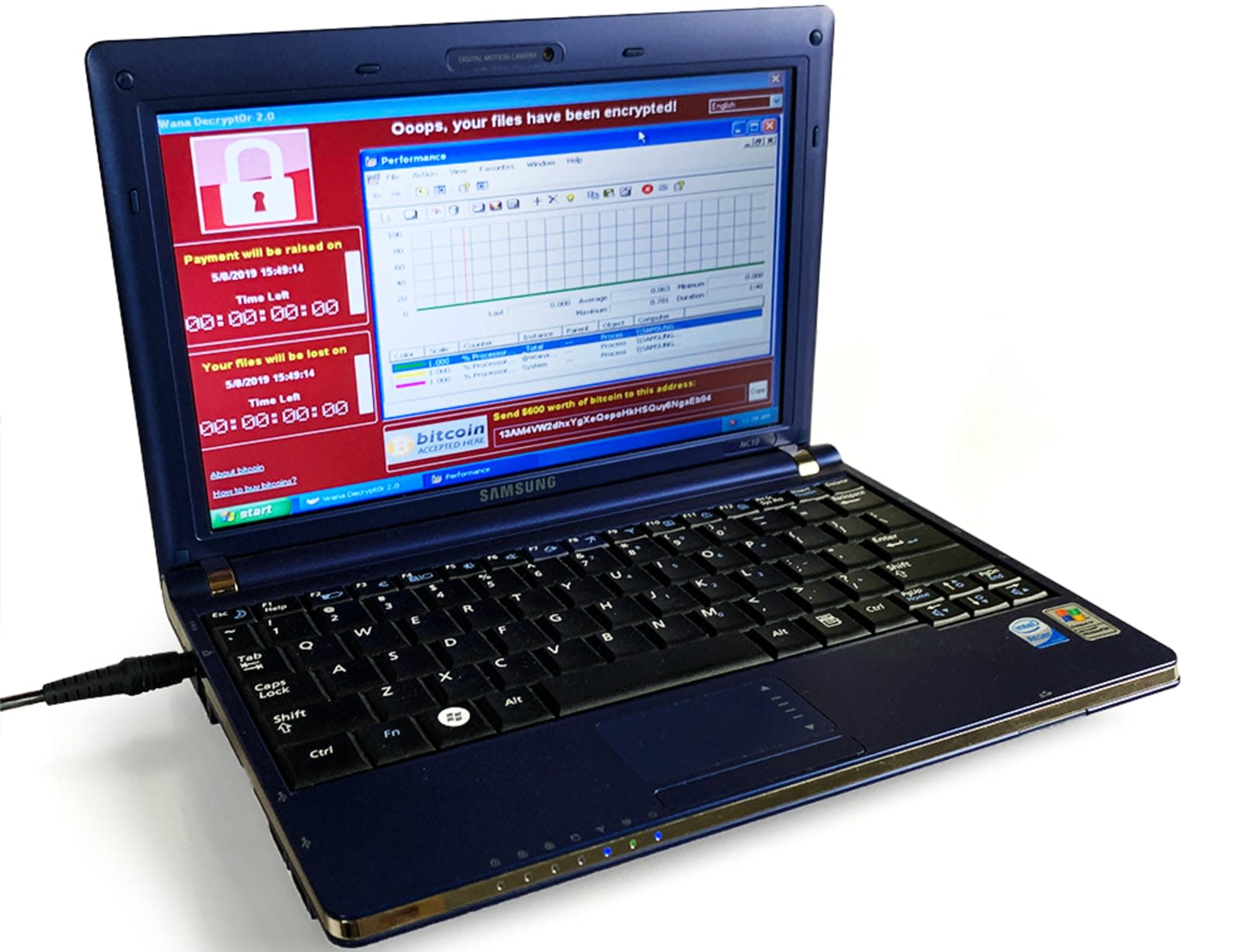 Today, bidding on a laptop packed with some of the world's most dangerous malware closed at $1.345 million. Dubbed "The Persistence of Chaos," the Samsung NC10 contains six viruses that have caused an estimated $95 billion in damages. Despite what you might think, it's not meant to be a tool for any world domination scheme. It's intended strictly as an art piece -- though it could be used for academic purposes -- and it's currently isolated and air-gapped to prevent foul play.

Commissioned by cybersecurity firm Deep Instinct, "The Persistence of Chaos" was created by artist Guo O Dong, who told The Verge that the piece is a way to give abstract cyber threats physical form. It contains viruses like WannaCry, which infected more than 200,000 computers across 150 countries and caused nearly $4 billion in damages, and BlackEnergy, which shut down a power grid in Ukraine, among other stunts. The laptop also contains the ILOVEYOU, MyDoom, SoBig and DarkTequila malware. Each is meant to be a reminder that ransomware has the potential for real-world harm.

In its isolated, air-gapped state, the laptop is harmless. In a sense, it might be comparable to collecting ancient weaponry. As long as you leave it on the shelf and don't pull the pin out of the grenade -- in this case connect to WiFi or plug in a USB -- it should be safe. While these viruses could still cause harm, they're outdated in the sense that new forms of ransomware are already at work, for instance, ravaging Baltimore and attacking cities like San Antonio. If Guo O Dong plans future iterations of this art form, he'll have plenty to work with.

Update 05/28 3:15am ET: This article has been updated to reflect the final higher bid. The closing value was adjusted from $1.2 million to $1.345 million on the The Persistence of Chaos website shortly after publishing.

In this article: art, auction, bidding, cyber attacks, cybersecurity, deep instinct, gear, guo o dong, laptop, malware, persistence of chaos, personal computing, personalcomputing, ransomeware, samsung, samsung nc10, security, virus
All products recommended by Engadget are selected by our editorial team, independent of our parent company. Some of our stories include affiliate links. If you buy something through one of these links, we may earn an affiliate commission.