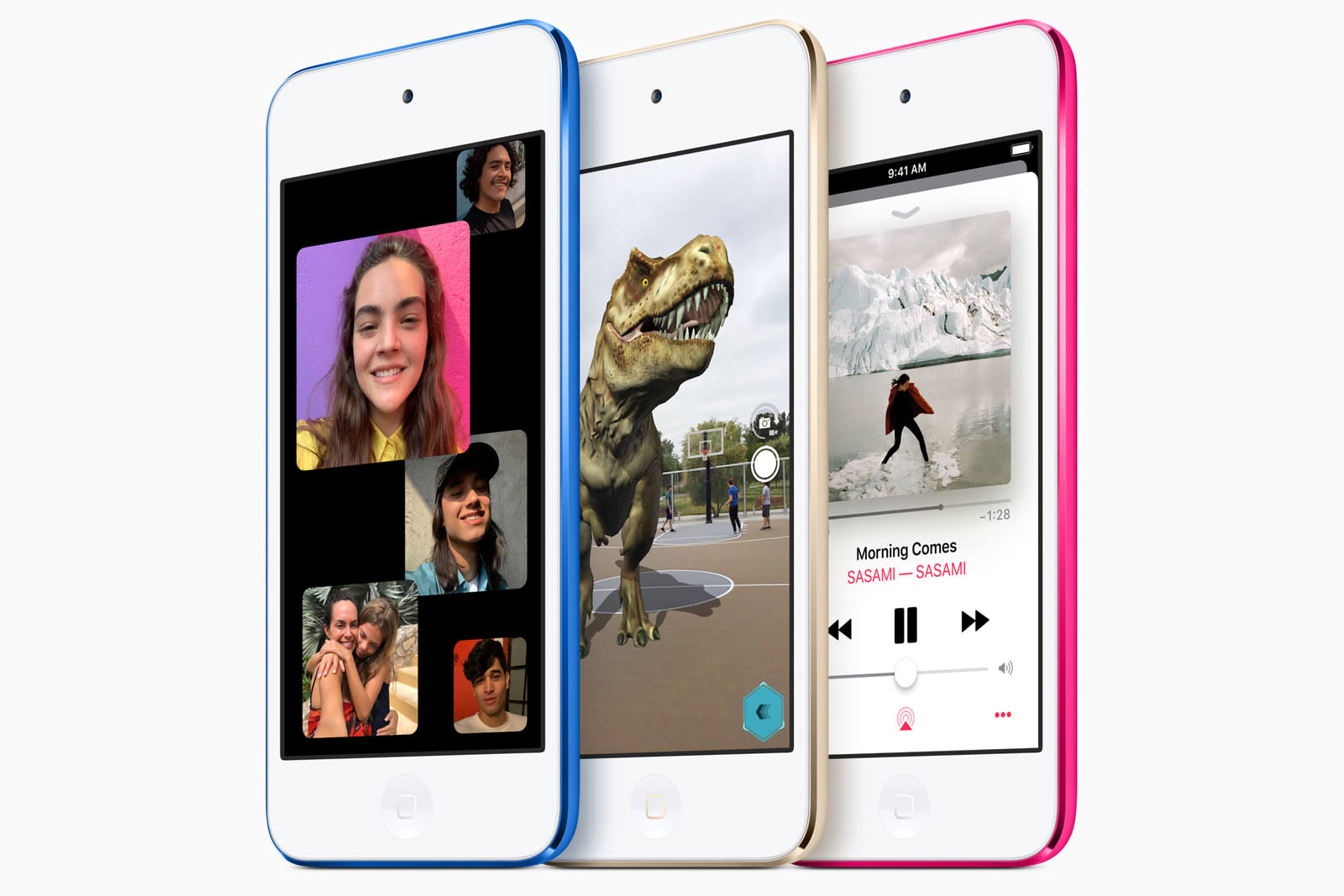 No, your eyes aren't deceiving you -- after four long years, Apple has updated the iPod touch. The new version packs a much faster A10 Fusion chip -- think iPhone 7 era -- that can keep up with modern iOS experiences like group FaceTime calls and augmented reality, not to mention newer mobile games. Apple has also given the storage a much-needed boost, with a new 256GB version joining the mix for those who need to hold absolutely everything.

Those of you who were hoping for a redesign, however, will be disappointed. The new iPod (that's still very strange to write) is identical on the outside -- same shape, same four-inch screen, same cameras. You even have the old-school home button instead of Touch ID. That's not a huge knock for a device that's meant for kids, the car or the gym, but it's a reminder that the iPod isn't exactly a high priority in an era of iPhones and Apple Watches.

It's relatively inexpensive, at least. The refreshed iPod touch is available now for $199 with a 32GB capacity, $299 for 128GB and $399 for the range-topping 256GB model. That could be considered a lot when not much has changed, but look at it this way: it's still the most affordable way into the iOS ecosystem, and it makes more sense with the kid-friendly Apple Arcade service on the horizon.

In this article: apple, av, gear, ios, iPhone 7, ipod, ipod touch, mobile, mp3 player
All products recommended by Engadget are selected by our editorial team, independent of our parent company. Some of our stories include affiliate links. If you buy something through one of these links, we may earn an affiliate commission.