Each laptop comes with a Pantone-tuned screen and powerful components.

In 2019, OLED laptops are nothing new. ASUS even took this feature to the next level on its dual-screen ZenBook Pro Duo. At Computex, Gigabyte is the latest company to join the trend, with a refreshed Aero 15 featuring a Samsung 4K AMOLED panel, wrapped in a 3mm-thin bezel. Inside, you get up to a Core i9-9980HK octa-core CPU, up to NVIDIA GeForce RTX 2080 Max-Q GPU, DDR4 2,666MHz RAM and a speedy SSD. It's quite the beast.

But what Gigabyte has been focusing on is the fact that every Aero 15 OLED has its screen tuned by X-Rite Pantone before leaving the factory, and with its 100-percent DCI-P3 gamut plus DisplayHDR 400 certification, this laptop is clearly designed with video makers in mind. Likewise, this is one of the very few laptops that feature a UHS-II SD card slot. This means you no longer have to whip out a dedicated card reader to reach full speeds -- up to about 300MB/s or at least three times faster than UHS-I cards. For on-the-go video editors and creatives, it's a very tempting feature.

The new Aero 15 is also apparently the world's first laptop with integrated Microsoft Azure AI, which studies your usage to automatically tune the CPU and GPU for optimal performance. According to Gigabyte, Adobe Premiere Pro runs 20 to 40 percent faster on the Aero than the competition thanks to Azure AI's assistance. It's an attractive proposition, but it's something we'll have to test out for ourselves to see if those figures bear out.

The machine also comes with plenty of cooling aids (actually: 2 fans, 5 pipes, and 11 air inlets/outlets) which apparently keep it quiet and cool even under heavy workloads. 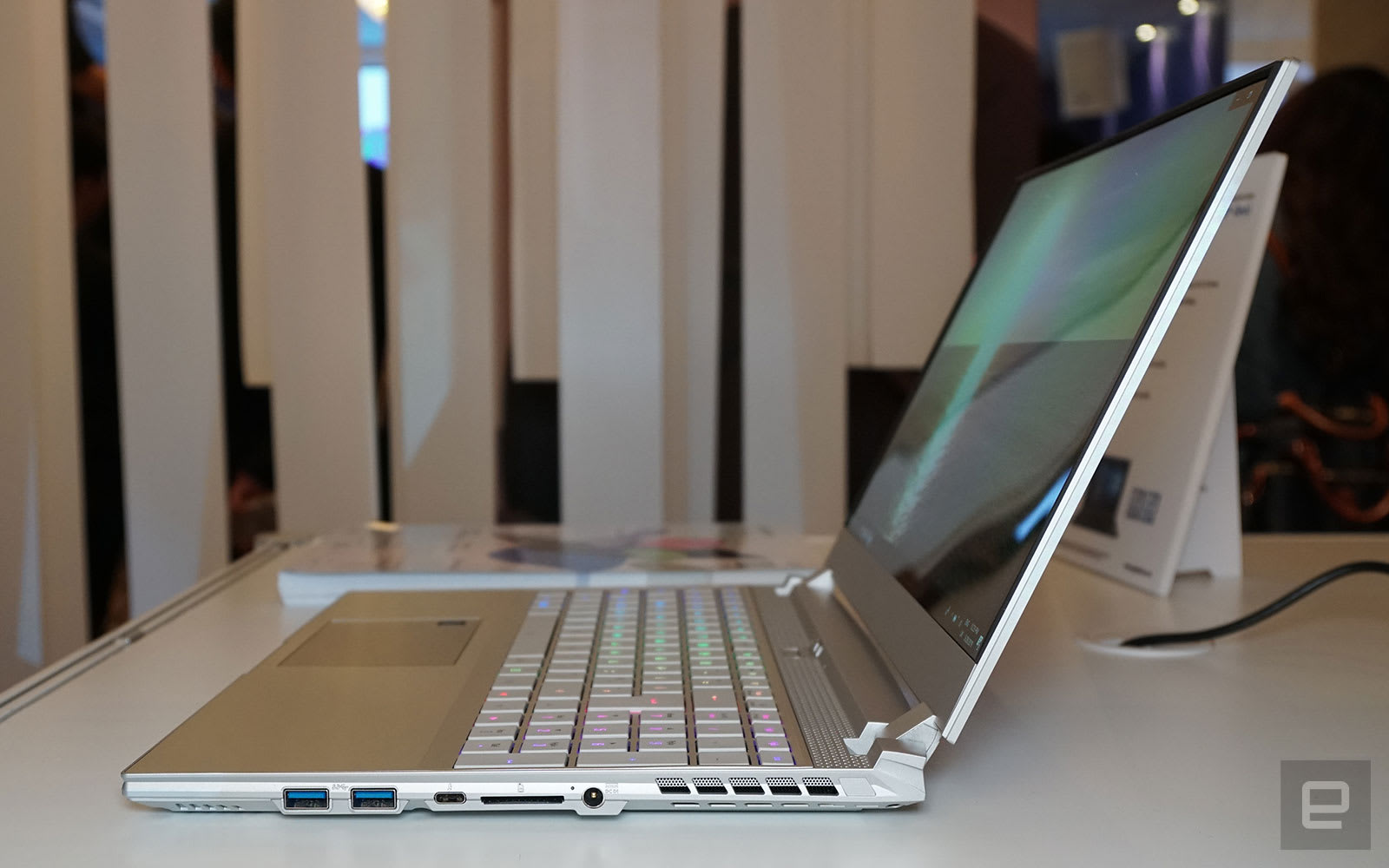 Connectivity-wise, you get WiFi 6, Bluetooth 5.0 and an RJ-45 LAN port for networking. Then you have three USB 3.1 Gen1 ports, two USB-C ports (one Thunderbolt 3, one DisplayPort 1.4 over USB 3.1), an HDMI 2.0 socket and a headphone jack. For some reason, Gigabyte has thrown in an RGB backlit keyboard -- with a numeric keypad -- here as well. Sadly, the webcam is placed just above the keyboard, which isn't an ideal spot if you want to look good on Skype, but at least it comes with a physical sliding cover for privacy.

Gigabyte hasn't forgotten the gaming crowd. In addition to the OLED variants, the company is also offering a 240Hz FHD LCD model for the new Aero 15, and it comes with the same Intel 9th-gen CPU options but limited to an NVIDIA GeForce RTX 2070 Max-Q GPU. There's also a new Aero 17 with either a 4K HDR LCD or a 144Hz LCD, but details are light as the focus is on the smaller variants.

What we do know for now is that the new Aero 15 series will start from NT$60,000 or about US$1,900, and we were told that this doesn't yet include the OLED display. If you're still interested, though, Gigabyte will be sharing detailed pricing some time in June.