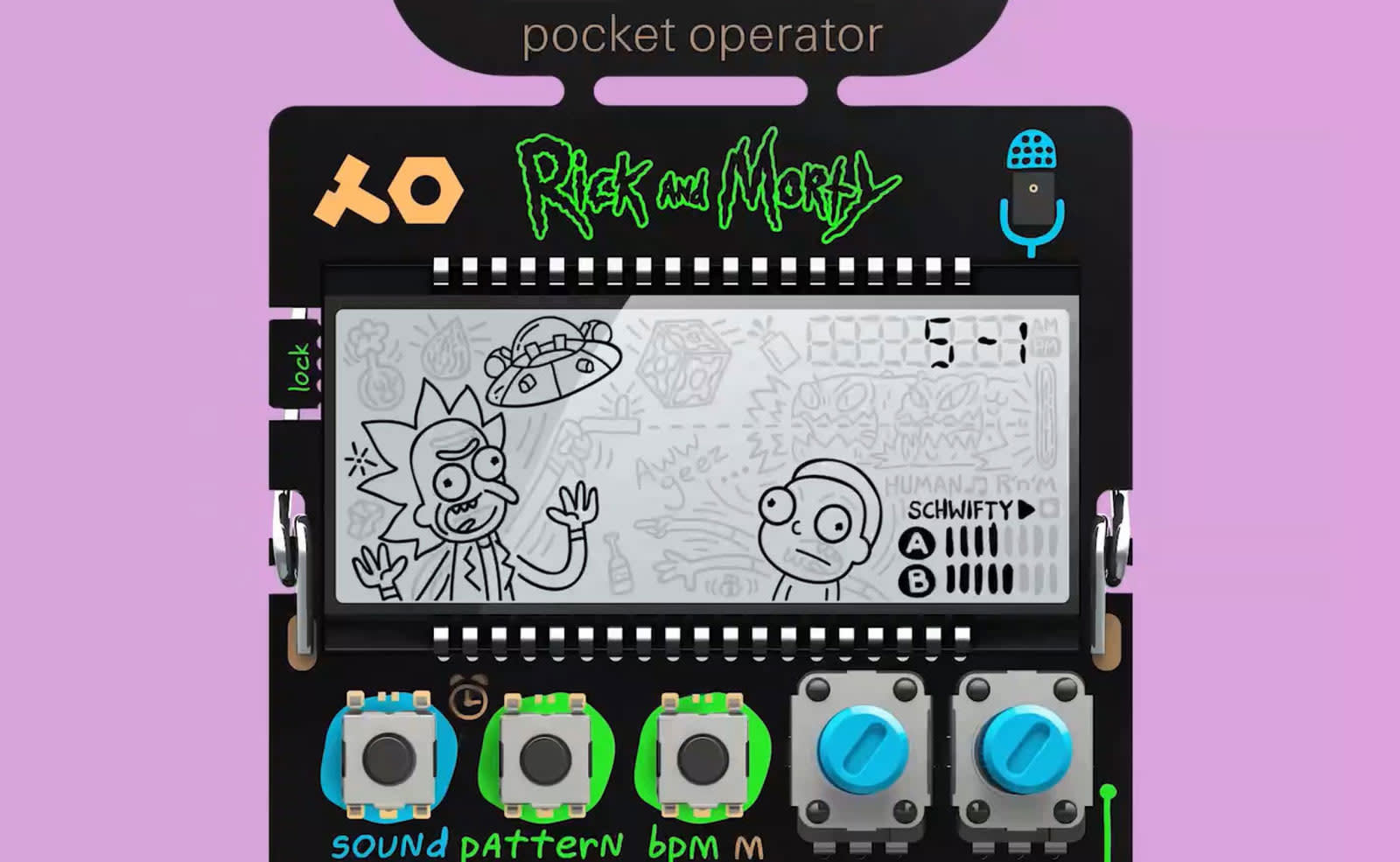 From launching a record label to helping Panic with its crank-operated handheld game system, Teenage Engineering has had a busy spring. The company has at least one more project in the works. It's teaming up with Rick and Morty co-producer Justin Roiland on a limited-edition Pocket Operator, PO-137. The vocal synthesizer and sequencer will come with a built-in microphone and eight different character sampling options -- all voiced by Roiland.

And it seems like a perfect match. Both Teenage Engineering and Roiland are out-of-the-box creators, and there's no mistaking the voices of Rick and Morty's quotable characters. PO-137 will also include an animated LCD display, with custom Rick and Morty visuals, 120-second sample memory, folding stand, alarm clock and more.

As we've written previously, Teenage Engineering's pocket synths are serious instruments. They're also some of our favorite music-making devices. Despite their small size, the battery-powered loop makers deliver surprisingly awesome audio, and while you can start making noise almost instantly, there's plenty to tinker with if you want to dive deeper. This isn't the first time Teenage Engineering has worked with outside artists. In April, the company announced a collaboration with record label Ghostly International on a limited-edition release of its PO-33 K.O!

The Rick and Morty PO-137 will be available online in the beginning of July and in stores this November. If you want to snag one, you'll have to act fast. Teenage Engineering has trouble stocking its regular synths, and the limited edition versions usually go in a matter of hours.

fart into this music box! we are so exited to reveal our latest collaboration with Rick and Morty. together, we created a limited-edition pocket operator (PO-137) available online in the beginning of july. #teenageengineering #pocketoperator #rickandmorty @rickandmorty

In this article: art, av, gadgetry, gadgets, gear, justin roiland, lcd display, limited edition, PO-137, pocket operator, rick and morty, synth, teenage engineering, vocal synthesizer
All products recommended by Engadget are selected by our editorial team, independent of our parent company. Some of our stories include affiliate links. If you buy something through one of these links, we may earn an affiliate commission.