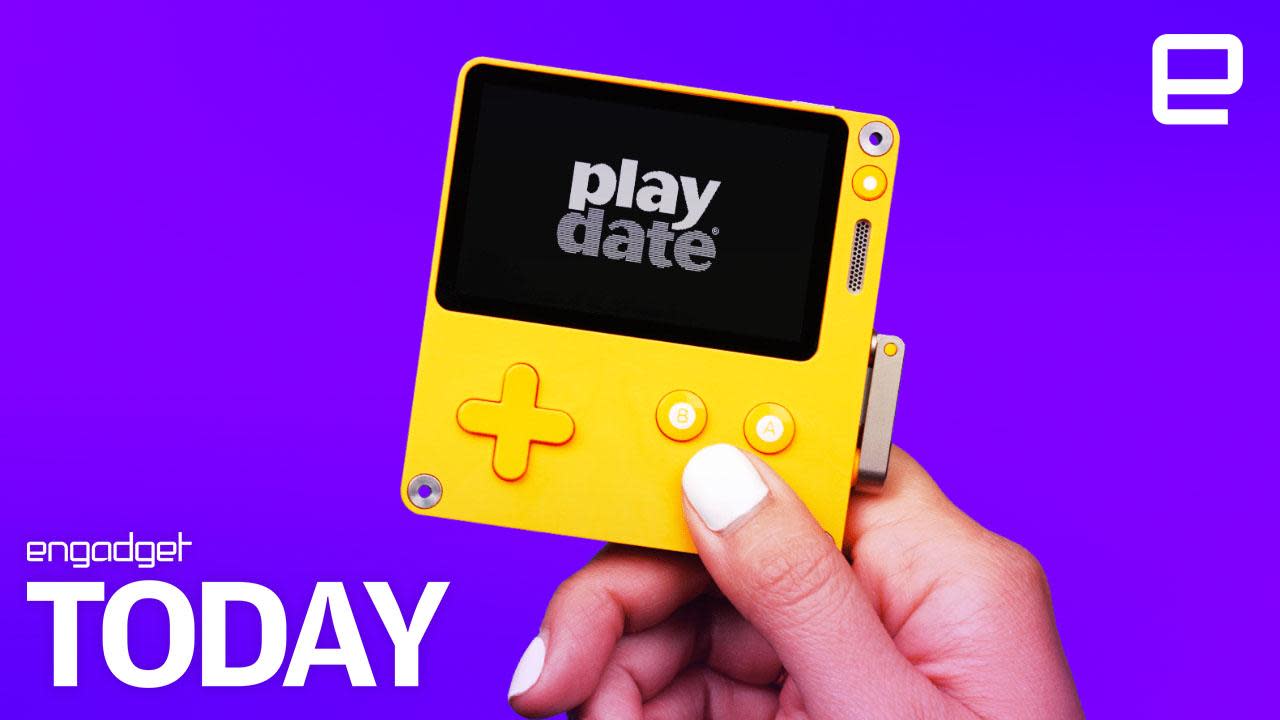 Now here's an entrant in the game console wars that you didn't see coming. Veteran software developer Panic (best known for writing Transmit and publishing Firewatch) has unveiled a handheld game system, Playdate, that aims to break the rules of game consoles. Most conspicuously, it has a hand crank -- you'll have to treat your system like a fishing rod to play some titles. It looks silly, but Panic is clearly betting that the added whimsy will help it stand out. There's a black-and-white screen, too, so the creators (including Teenage Engineering) are undoubtedly counting on a bit of Game Boy-style nostalgia for simpler times.

The game delivery model might be just as noteworthy, if not more. The Playdate gets its name from the software release method, where games arrive once per week in "seasons." The first season will include 12 games strung out over three months, for instance. Panic wants to keep the game lineup a secret (beyond Crankin's Time Travel Adventure), but you'll definitely recognize a few of the creators. Katamari Damacy's Keita Takahashi and Getting Over It's Bennett Foddy are in the mix.

The machine won't ship until early 2020, but it should cost $149 with all the games of Season One included. Supplies will be "very limited," Panic said. It's not an impulse purchase at that price, especially when you can buy a New 2DS XL for that much. However, this is one of the few times you can say that a console maker is trying something truly different. Even if you don't get many more games beyond the initial roster, the device will at least be memorable.

But here's the trick: every game is a secret. They're all included with system, and they will be delivered to you each week, for a few months.

Our dream is simple: that you wake up on new game day excited to see what you can play next. pic.twitter.com/gq6woriP4h

In this article: AOLoriginals, av, console, daily show, engadget, Engadget Today, engadget video, entertainment, gadgetry, gadgets, games, gaming, gear, handheld, panic, playdate, teenage engineering, video games
All products recommended by Engadget are selected by our editorial team, independent of our parent company. Some of our stories include affiliate links. If you buy something through one of these links, we may earn an affiliate commission.