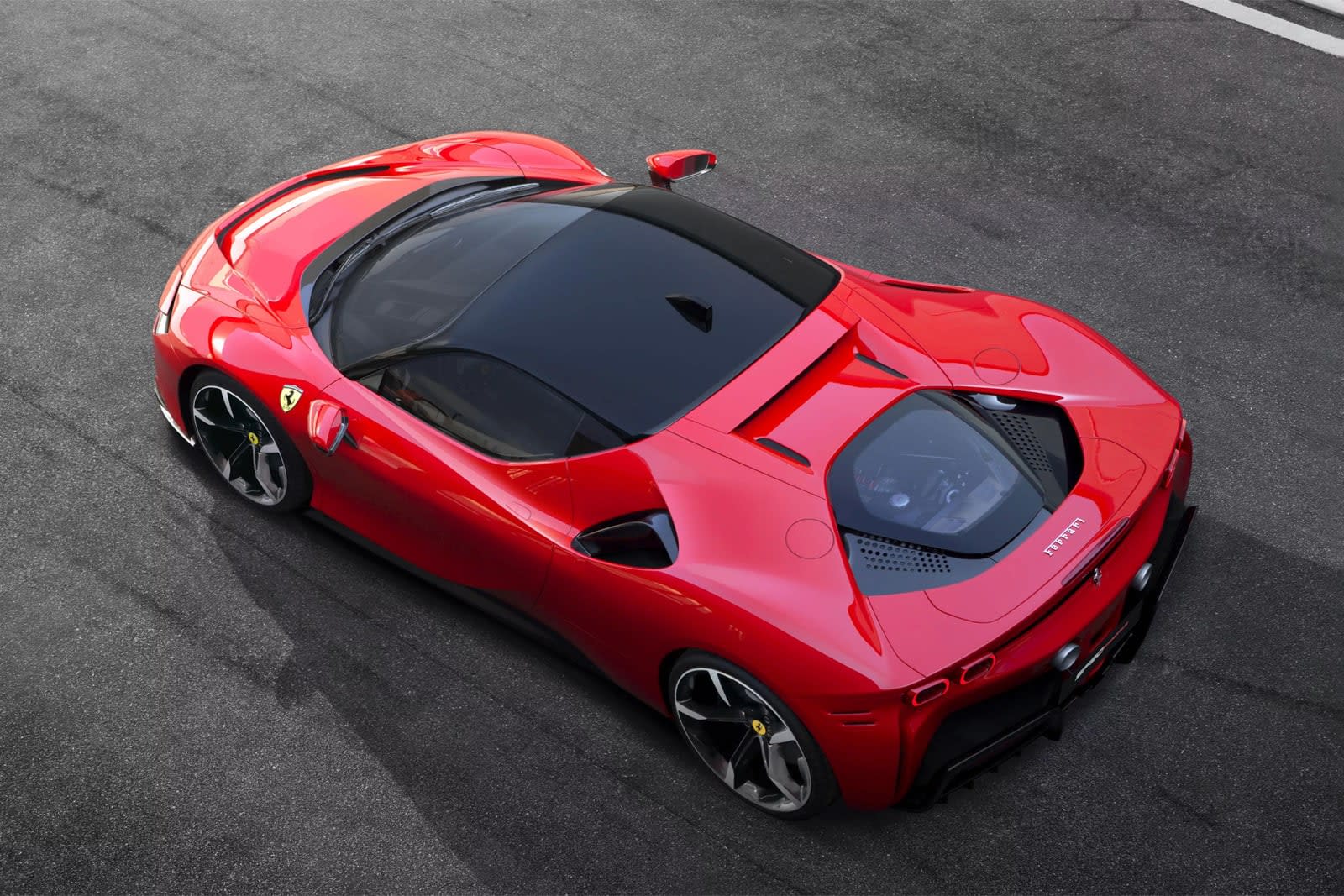 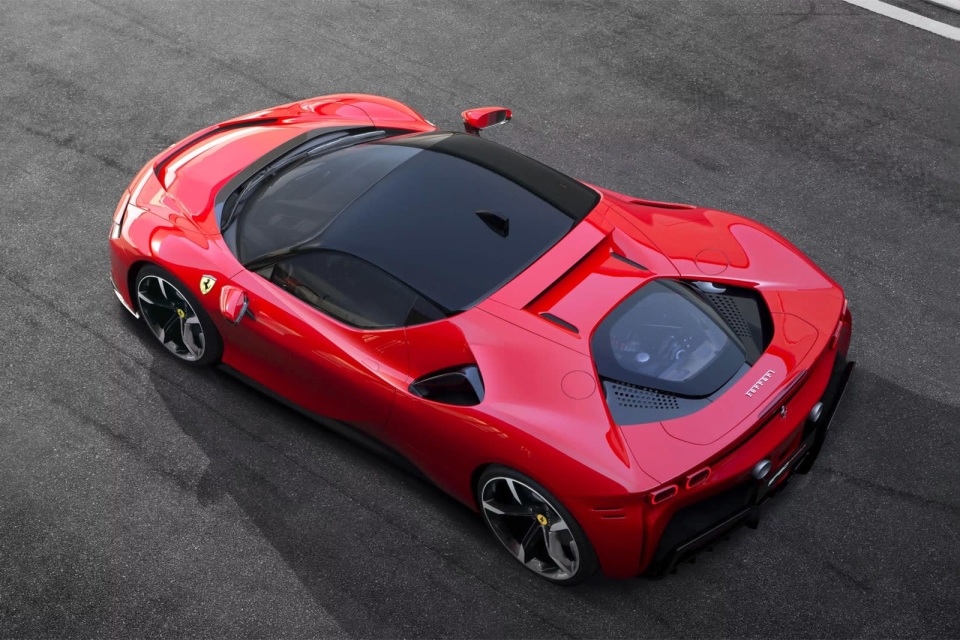 You can throw out notions that Ferrari is completely averse to electric cars. The Italian supercar maker has unveiled its first production plug-in hybrid, the SF90 Stradale, and it's a clear attempt to bridge the gap between the gas-powered tradition and the electrified future. The machine mates a 4-liter, 769-horsepower turbo V8 with a trio of electric motors (217HP effective horsepower) that, combined, can take the car to 62MPH in 2.5 seconds while offering a modicum of eco-friendliness. If you like, you can drive just over 15.5 miles purely on electric power -- confusing to onlookers expecting a roar, no doubt, but helpful if you'd rather not consume gallons of fuel while you're stuck in traffic.

The car is less powerful than the LaFerrari on paper, including a 211MPH top speed versus its predecessor's 217MPH. In practice, however, it's expected to be faster. The new powertrain, a torque-vectoring all-wheel drive system, a faster eight-gear dual-clutch transmission and a lower overall weight can get the SF90 around Ferrari's own test track a second ahead of the LaFerrari.

There's even a touch of added technology in the cabin. The steering wheel will be familiar, Roadshow noted, with controls like the manettino. However, it'll include numerous capactive touch interfaces to allow control of hybrid modes and other features while keeping your eyes facing forward.

Ferrari isn't yet ready to talk pricing or exact availability, although production means just that -- this isn't a special edition that will disappear once a set number of cars roll off the line. Although few people are likely to afford it when it's poised to be the highest-end model in an already expensive lineup, you won't need close connections to Ferrari to stand a chance of owning one.

There's no indication that Ferrari is about to release a pure electric car, and it's likely not in a rush. This is as much about image and environmental regulations as anything else. However, it does show that even a badge synonymous with high-powered gas engines has to change with the times. And when various countries are setting deadlines to end sales of combustion cars, it may be a question of when Ferrari goes all-electric rather than if.

The #FerrariSF90Stradale marks a new chapter in #Ferrari history with the introduction of our first series production PHEV delivering 1,000 cv and a maximum speed of 340 km/h.

In this article: ferrari, gear, green, hybrid, phev, plug-in hybrid, sf90, sf90 stradale, supercar, transportation
All products recommended by Engadget are selected by our editorial team, independent of our parent company. Some of our stories include affiliate links. If you buy something through one of these links, we may earn an affiliate commission.