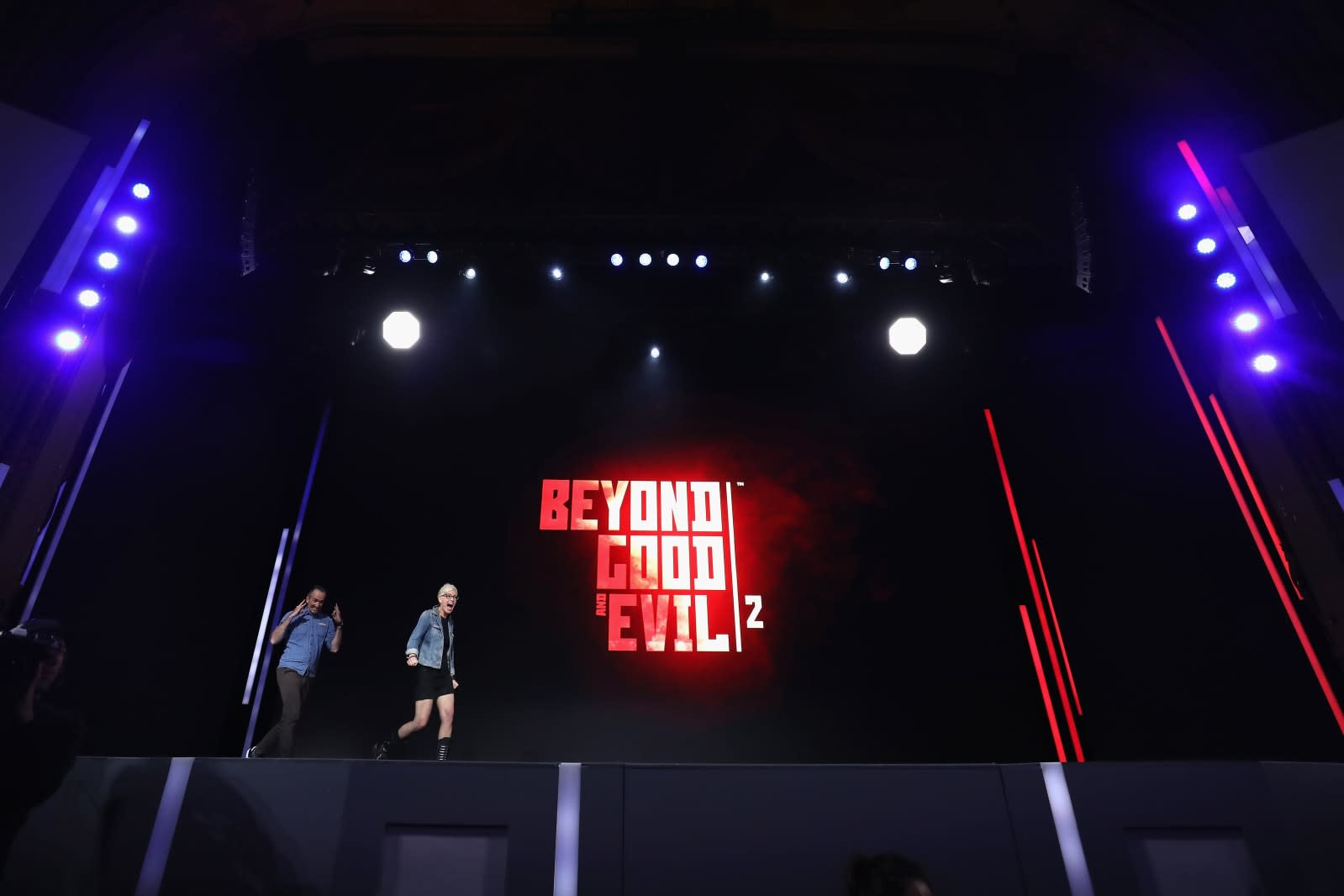 The highly anticipated Beyond Good and Evil 2 won't be making an appearance at E3 this year, but fans will get more information about the game's status before the major gaming conference. Ubisoft announced today that it will be holding a livestream to provide an update on the game's development on June 5th at 12PM ET/9AM PT.

The livestream will be the fifth installment of what Ubisoft has dubbed the "Space Monkey Report," which the company has used to provide new information about Beyond Good and Evil 2. Details on the upcoming update are sparse. In the last update, which aired in December, the developers did a walkthrough of a pre-alpha demo of the game. Ubisoft seemed to suggest that there will be no new gameplay footage in the upcoming stream, saying it would share that "when the time is right."

Fans of the original Beyond Good and Evil have been waiting for the sequel for a decade and a half now. While it seemed like the game may never come, Ubisoft made the follow-up official in 2017. From what is known about the game so far, it has proved to be considerably more ambitious than just a continuation of the original story. Developers have ditched Jade, the main character from the first game, in favor of a character creator and are building out a detailed universe to explore.

In this article: av, beyond good and evil, beyond good and evil 2, e3, e32019, gaming, Livestream, ubisoft
All products recommended by Engadget are selected by our editorial team, independent of our parent company. Some of our stories include affiliate links. If you buy something through one of these links, we may earn an affiliate commission.