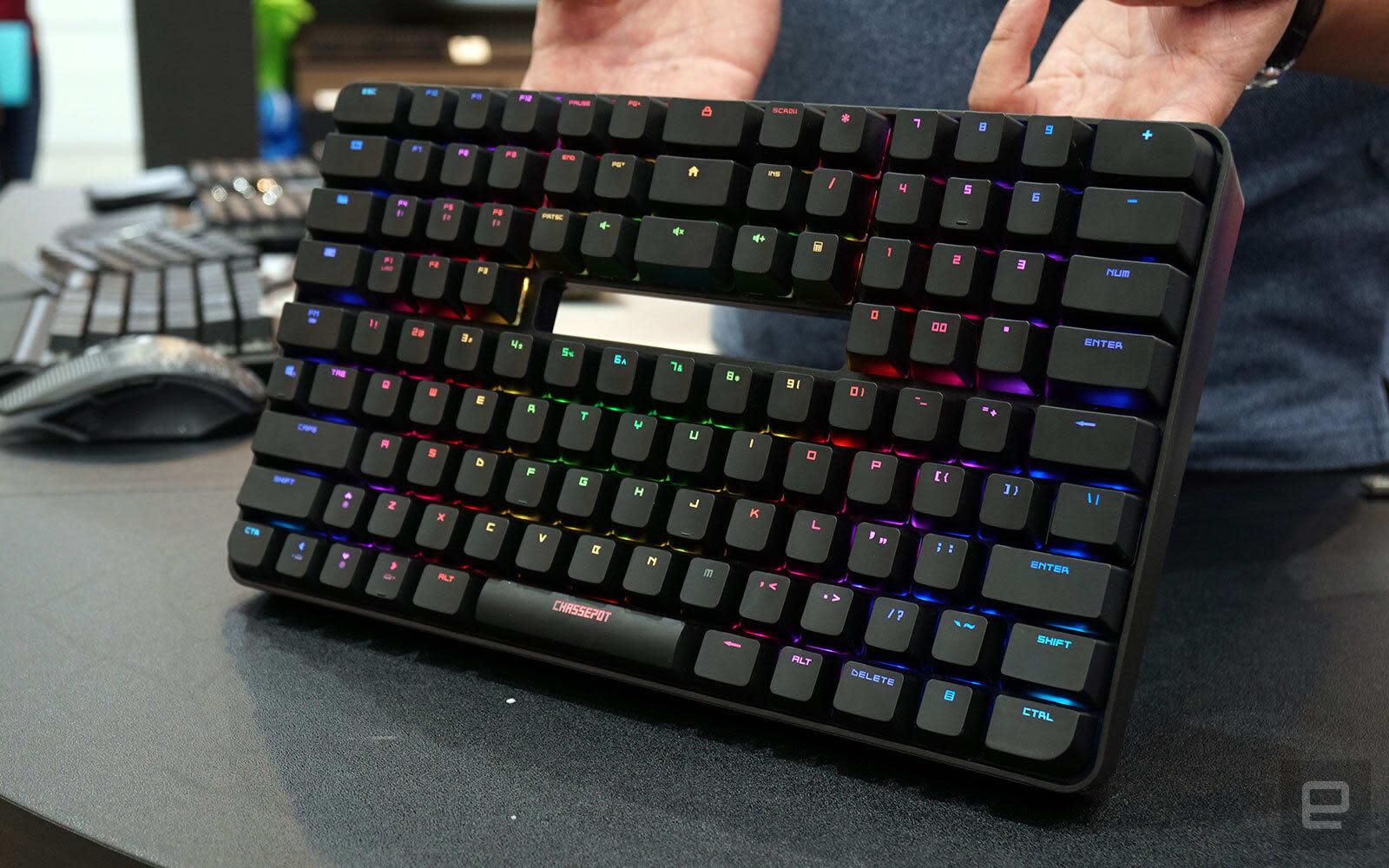 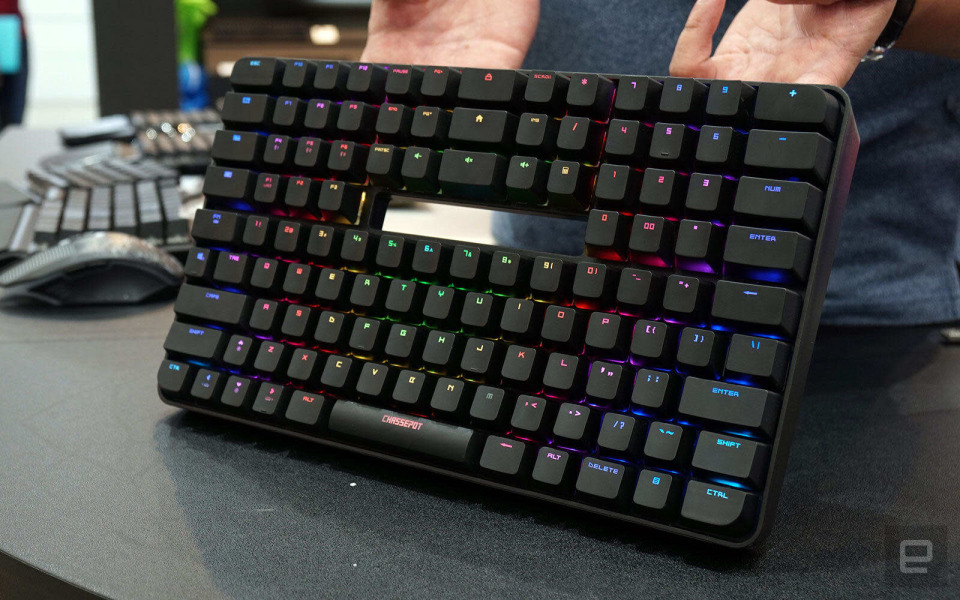 Keyboards are infuriating, right? With their long, thin layouts require you to move your hands left and right in order to hit specific keys. If it's a sentiment you agree with, then Chassepot / Royal Kludge's new hardware will be perfect for you. The C1000 is a keyboard that, rather than putting the numpad and extra keys to the right of the keyboard, stacks them above the letter rows. 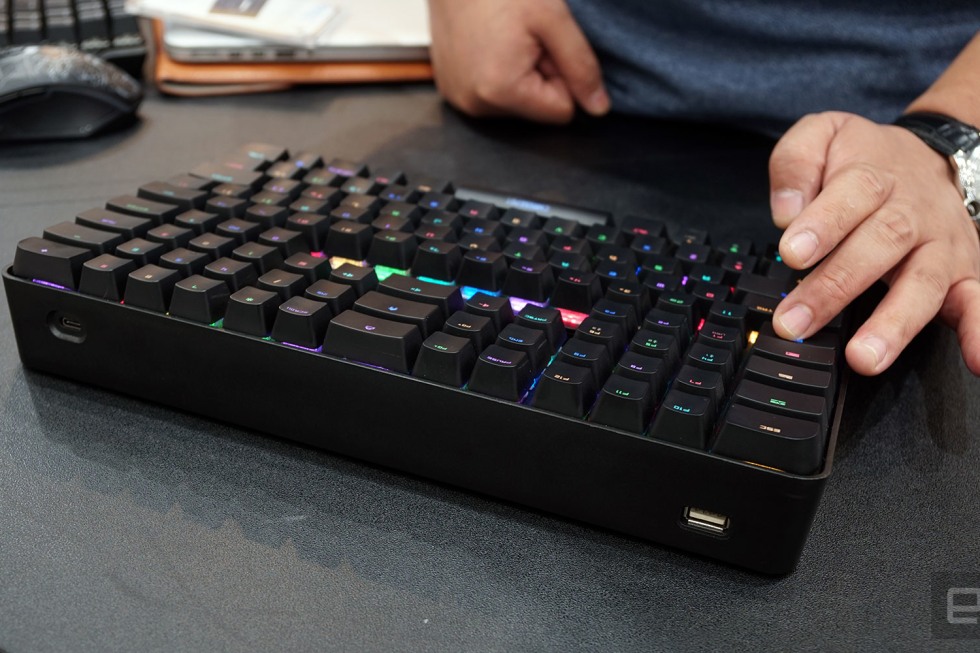 The original idea came from a former company employee, who studied human-computer interaction at MIT but has since left the firm. He loathed how wide most keyboards were, and didn't like the sacrifices inherent in owning a tenkeyless model, which lose the ten keys which make up the numpad. Instead, he designed a model where the extra buttons were up top.

In addition to the numbers, media controls and function row, the upper section includes hardware shortcuts for apps and folders. That includes a dedicated calculator button, and keys that open the file and system manager. A further peculiarity to this device is that the arrow keys are sited on the left, rather than the right, for greater ease of use by southpaws.

Typing on the mechanical switches, made by Chinese manufacturer Outemu, was clicky and responsive with plenty of travel. I'd imagine that there's a significant learning curve, given the sheer density of keys here, and a lack of spacing between each one. Certainly, there's likely to be a very small but dedicated market for such a device, which could be gamers or coders who want to be more efficient in their work.

The machine has been in development for several years, and an earlier edition did briefly pop up on Kickstarter. There's no crowdfunding this time around, however, with a full production run expected to begin in June. There are two versions in the offing: C1000Go, with a white backlight, and the C1000RGB, which gets RGB colors underneath the keys.

And, weirdly, the system will connect to your computer over USB-C or Bluetooth 3.0, the older wireless standard used because it's apparently "more stable." Rounding out the spec list is a 1,850mAh battery, although with the backlight you can expect life to be measured in days, rather than weeks. When it arrives, you can expect to pay around $170 for the white light C1000Go, or $200 for the C1000RGB.

In this article: Chassepot, Computex2019, gear, hands-on, Keyboard, personal computing, personalcomputing, Royal Kludge
All products recommended by Engadget are selected by our editorial team, independent of our parent company. Some of our stories include affiliate links. If you buy something through one of these links, we may earn an affiliate commission.