I'll admit it. I had an emotional response to the idea that iTunes, the app that shaped my digital music habit, could be on the way out. With every iPod I owned, iTunes was the lifeline, the sole method for adding to and organizing the precious collection. The only problem was, somewhere along the way, iTunes became the catch-all for everything Apple sold. It wasn't just for music, or even audio content -- apps, movies and TV shows crept into the app as well. And in the end, Apple had a chaotic mess that was confusing and poorly organized.

Even Apple knew it. The intro to the iTunes portion of today's keynote was a tongue-in-cheek bit about adding Calendar, Mail and Safari inside the desktop app. "One thing we hear over and over: Can iTunes do even more?" quipped vice president of software Craig Federighi. 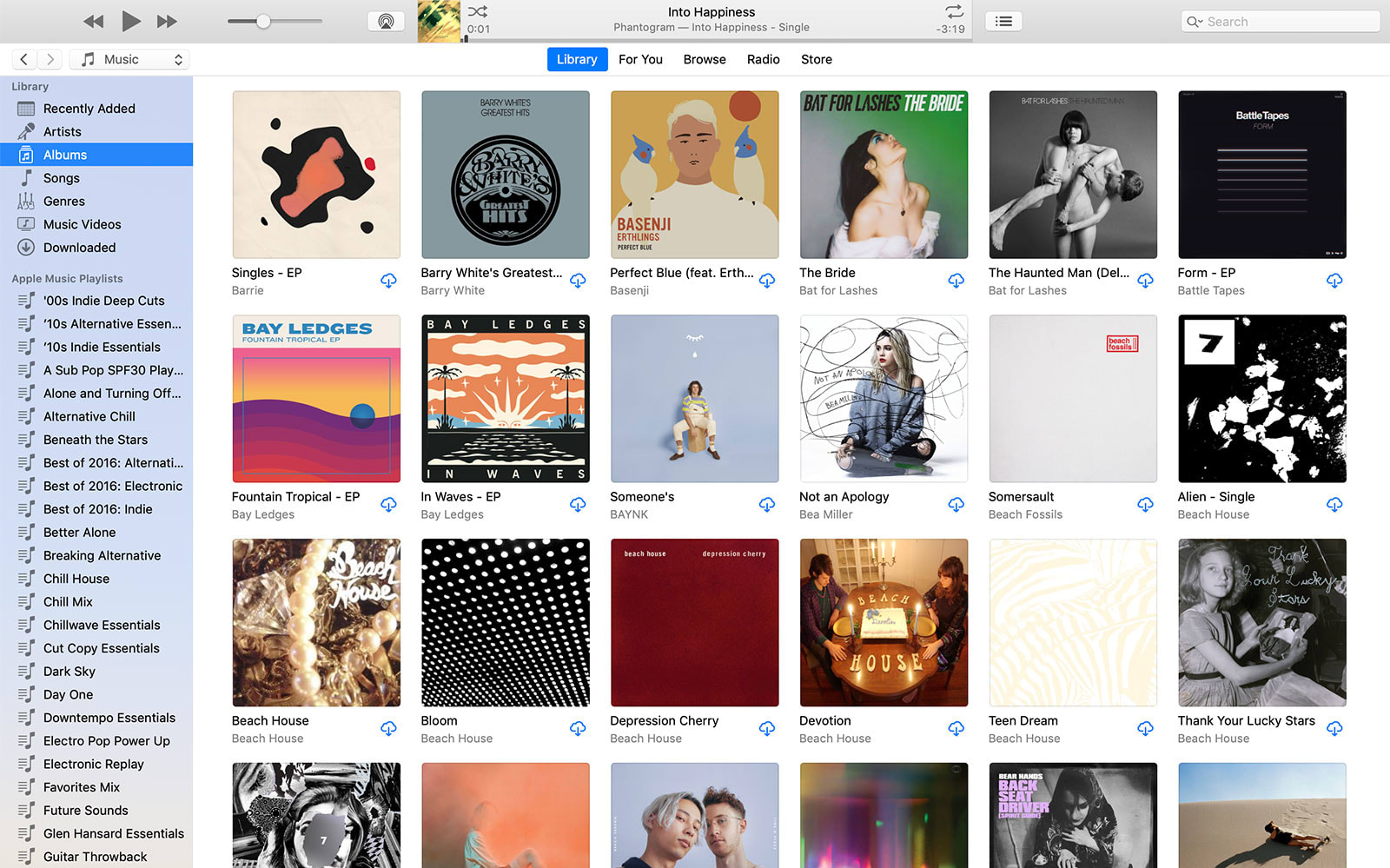 Once all kidding was put aside though, Apple announced its solution: iTunes will be split up into three apps in macOS Catalina for Music, Podcasts and TV. Sure, this makes a lot of sense on the surface, but it doesn't really address the main problem of iTunes. In fact, I'd argue more apps might not be better. You will know exactly where everything is immediately -- no more dealing with that godawful drop down menu that plagues the current version. However, this will mean firing up another app when you want to switch content libraries. It's not really better, just in a different place.

Thankfully, you won't have to use a different app to sync things to your phone or tablet. Apple already lets you download your music, movies and more directly to your device via the cloud. Of course, if you really want to use a cable, you can. But in that case, you will have to open up each app individually, according to Apple's macOS Catalina announcement.

Please, Apple: just give us something that feels like a player, and less like a file management system.

Basically, instead of a nearly organized and slimmed-down iTunes, Apple is giving us separate apps, each with a single focus. I think I could accept this if they were each redesigned. The TV app is, mostly because the company is gearing up to launch its streaming service, Apple TV+. But it resembles its tvOS counterpart. Music and Podcasts, however, look pretty much identical to iTunes. Sure, they're focused on their specific niche, but the overall look is the same.

Please, Apple: just give us something that feels like a player, and less like a file management system. When you compare the design to Spotify, Pandora or PocketCasts (on desktop), the gap is glaring. iTunes looks dated compared to other services, and that spills over into other desktop interfaces. Apple Music looks like the iTunes store, and less like a streaming service. And it seems like that will continue, at least for the immediate future. 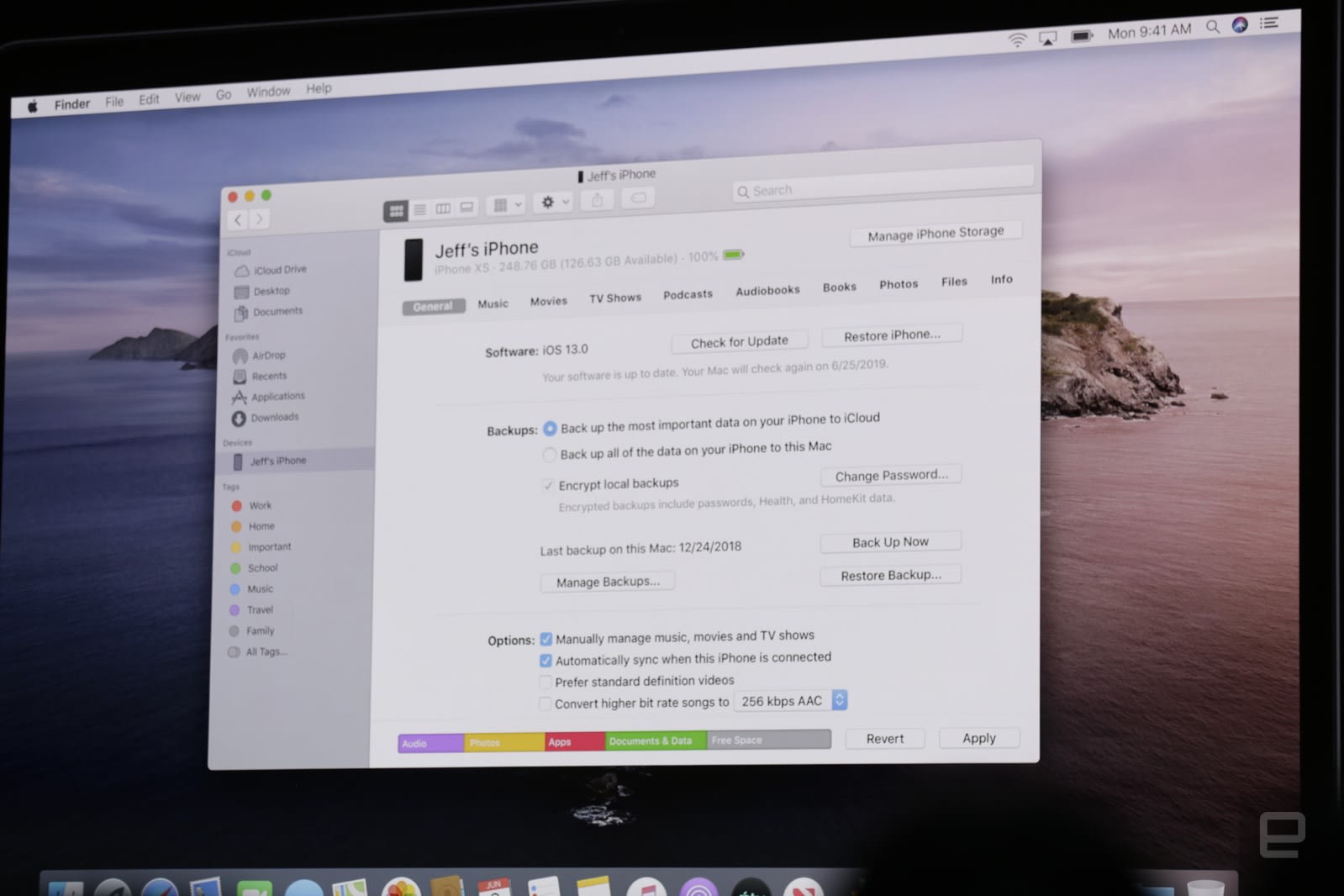 How iPhone management will appear in Finder (Chris Velazco/Engadget)

I'm fully aware this situation could've been a lot worse. Apple could've gone the News route, and lazily ported over an iOS app to the desktop. And that would've likely meant losing some key functionality along the way. So at the end of the day, what we're left with is neither better nor worse than what we had before really -- just different. And only ever so slightly.

We're getting separate audio apps, but each is so similar to iTunes, you won't know the difference. Except when you have to click a separate icon in the dock to access music or podcasts, or use Finder to sync and monitor the rest of the stuff on your iPhone. Which, let's be honest, that's were those device management features should've been all along.

Nobody is arguing that iTunes isn't a jumbled mess, but it didn't need to be broken up. It just needed some love and attention (and maybe a major redesign). So don't believe the headlines: iTunes isn't dead, it's multiplying.