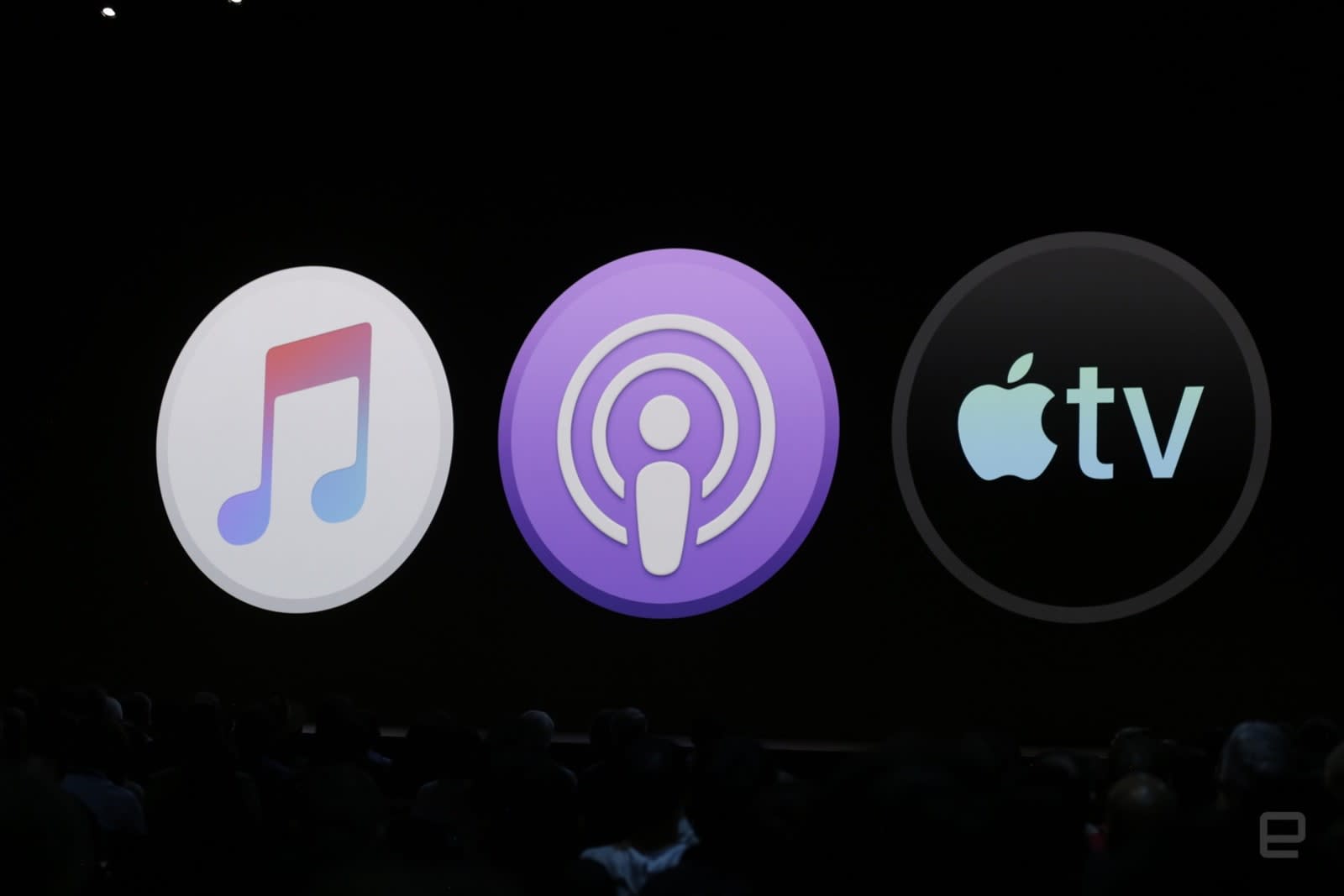 Apple has announced it's releasing separate apps for Music, TV and Podcasts in macOS Catalina later this year, breaking up the iTunes hegemony that's been in place for 16 years, and hammering a nail in the coffin of that messy, neglected software. Rumors emerged in April about the separate apps, while screenshots of Music and TV leaked last week.

When you plug in your iPhone, iPad or iPod to sync, update your OS or manage your media library, the old, annoying iTunes popup won't appear anymore. Instead, your device will sync via the sidebar in Finder.

Machine learning has made search in the apps better, Craig Federighi said. For example, there's now full-text search in the Podcasts app. When you look for a phrase someone uttered on a particular episode, it will pop up in search, pulling the quote from the transcript. The TV app, meanwhile, offers 4K HDR feedback, Dolby Vision and Dolby Atmos audio. As on iOS and tvOS, TV will include Apple's own shows and movies alongside content from other providers.

It makes sense for Apple to release separate TV and Music apps as it chases subscribers for its growing services side of the business and gears up for the arrival of its Apple TV+ streaming video service in the fall. Podcast listeners, meanwhile, have another way to listen to their favorite shows on their Macs without the cluttered iTunes interface.

Apple is also trying to pull iOS and macOS closer together. It broke out those three apps on iOS several years ago. After this announcement, the writing is clearly on the wall for iTunes.

In this article: apple, apple music, apple podcasts, apple tv, applemusic, applepodcasts, appletv, gear, itunes, macos, music, personal computing, personalcomputing, podcasts, services, tv, worldwide developers conference, worldwidedevelopersconference, wwdc2019
All products recommended by Engadget are selected by our editorial team, independent of our parent company. Some of our stories include affiliate links. If you buy something through one of these links, we may earn an affiliate commission.