iPadOS won’t change your mind on the iPad

But iPad fans are going to love these updates.

Apple's announcement of iPadOS yesterday wasn't a huge surprise, outside of the name. Rumors have suggested that iOS 13 would be a major step forward for the iPad, bringing multitasking improvements that would make using an iPad more like a "real computer." It's something the iPad definitely needs, particularly the $800-plus iPad Pro. If you're shelling out that kind of cash, it should be capable enough to be your main computer.

The laundry list of improvements coming to the iPad this fall will undoubtedly make Apple's tablets more capable than ever before. But let's be clear: if you found the iPad and iOS too limiting before, these updates will likely not change your mind. At first glance, iPadOS seems like a major refinement to the existing iPad user experience -- but if you prefer using Windows or macOS, an iPad still might be more of a frustration than a revelation.

Probably the biggest knock against the iPad is its lack of multitasking capability compared to Windows, macOS and Chrome OS. iPadOS will definitely make improvements, but the fundamental way you use the iPad is the same. At most, you can view two apps in Split View, with a third accessible with a swipe from the right side of screen in Slide Over. If your preference is to stack up a half-dozen different applications and quickly click through them, the iPad is still not for you.

That said, Split View is significantly more capable than before, because Apple will allow apps to have multiple "instances." For example, you can take three different views from the Notes app and pin them next to Safari, Mail and Slack. And if you have multiple views of a certain app open, tapping its icon from the dock will let you see them all. You can also display multiple elements from the same app side-by-side, as well. Before, you couldn't have two Microsoft Word documents open next to each other in Split View, but iPadOS will make that possible.

As someone who tries to use an iPad for work pretty frequently, I can already tell this will make my life easier. I almost always want to have Slack open, whether I'm writing a story in Google Docs or researching in Safari, so being able to have multiple instances of the app available will cut down on the amount of tapping and swiping I need to do. Having one Safari window open next to Notes for research and another next to Slack for keeping up with news on Engadget is another way I'll take advantage of these new features. 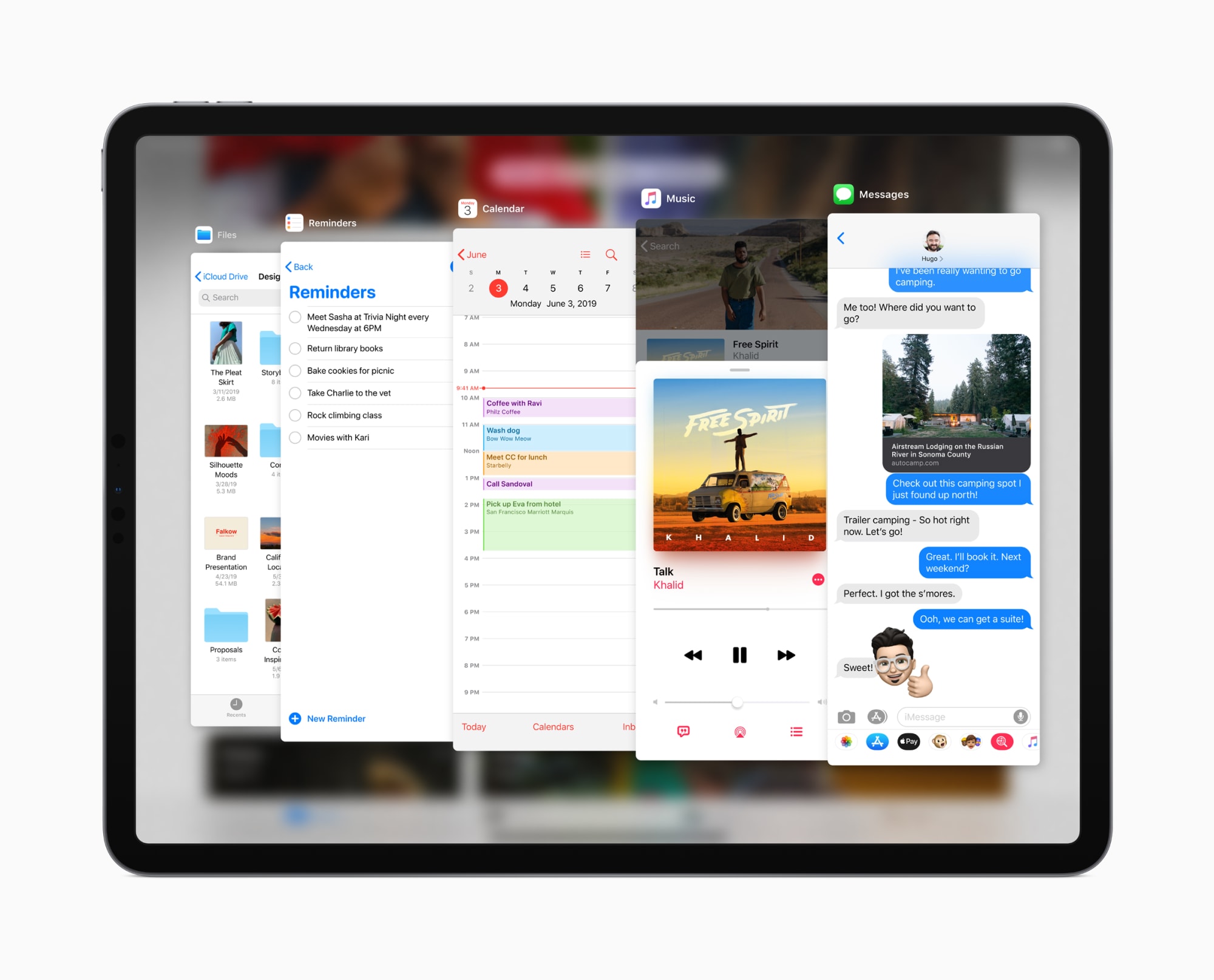 Speaking of Safari, the changes Apple is making are perhaps even more significant than multitasking improvements. As Apple's Craig Federighi noted, Safari on the iPad has been largely treated like a mobile browser — it's not well suited to running web apps like Google Docs, and sites often run in their mobile version instead of taking advantage of the screen real estate the iPad offers.

If Safari on iPadOS is truly now a desktop-grade browser, that's a big step forward. Not getting stuck in mobile views, improved web app support, a real download manager and more keyboard shortcuts will make the iPad feel much more like a "true" computer. But if you've cast your lot with the Chrome browser, you still probably won't feel quite at home on an iPad.

Another big change is the iPadOS Files app, which finally works with external USB drives and SD cards. It's been over nine years since the iPad launched, and for most of that time it didn't have a traditional file system. IOS 11 changed that, but the Files app still wasn't as capable as what you'd find on a Windows PC or Mac (are you seeing a trend here?). With external drive support and the ability to see SMB servers and shared network drives, Files is pretty close to feature-complete. 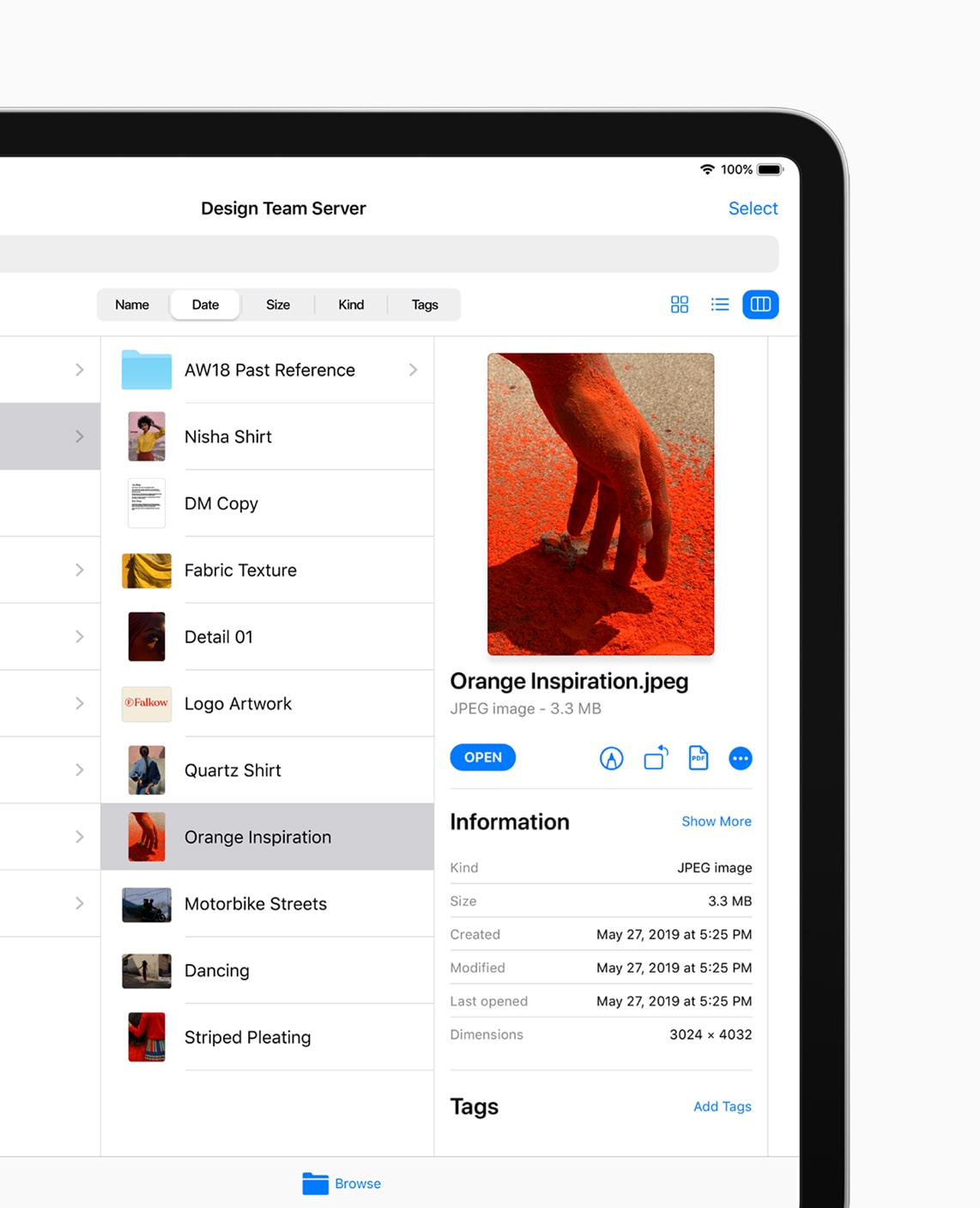 Other changes, like the home screen tweaks, are less significant. While it's nice that Apple is finally taking better advantage of the iPad's large display to put more apps and widgets on the home screen, it doesn't really change the overall experience. New gestures for text selection, copy and paste and undo are also improvements, but they still won't be as easy as just using a mouse. (Yes, iPadOS also has support for mice as an accessibility selection, but it's too soon to say how well it works. If Apple was adding comprehensive mouse compatibility, you can be sure they would have talked about it.)

Don't get me wrong — I think iPadOS will be warmly welcomed by iPad devotees. Two years ago, iOS 11 made the iPad feel like a much more capable device -- but it was still more limited than a Mac or PC. In 2018, the impressive iPad Pro redesign made iOS feel even less capable; with a device this powerful, we wanted to do more. I expect iPadOS will be an even more significant release than iOS 11, and it should go a long way to making the iPad Pro an everyday computer for a lot of users. But, it'll still be an iPad. Whether or not that's a good thing is up to you to decide.