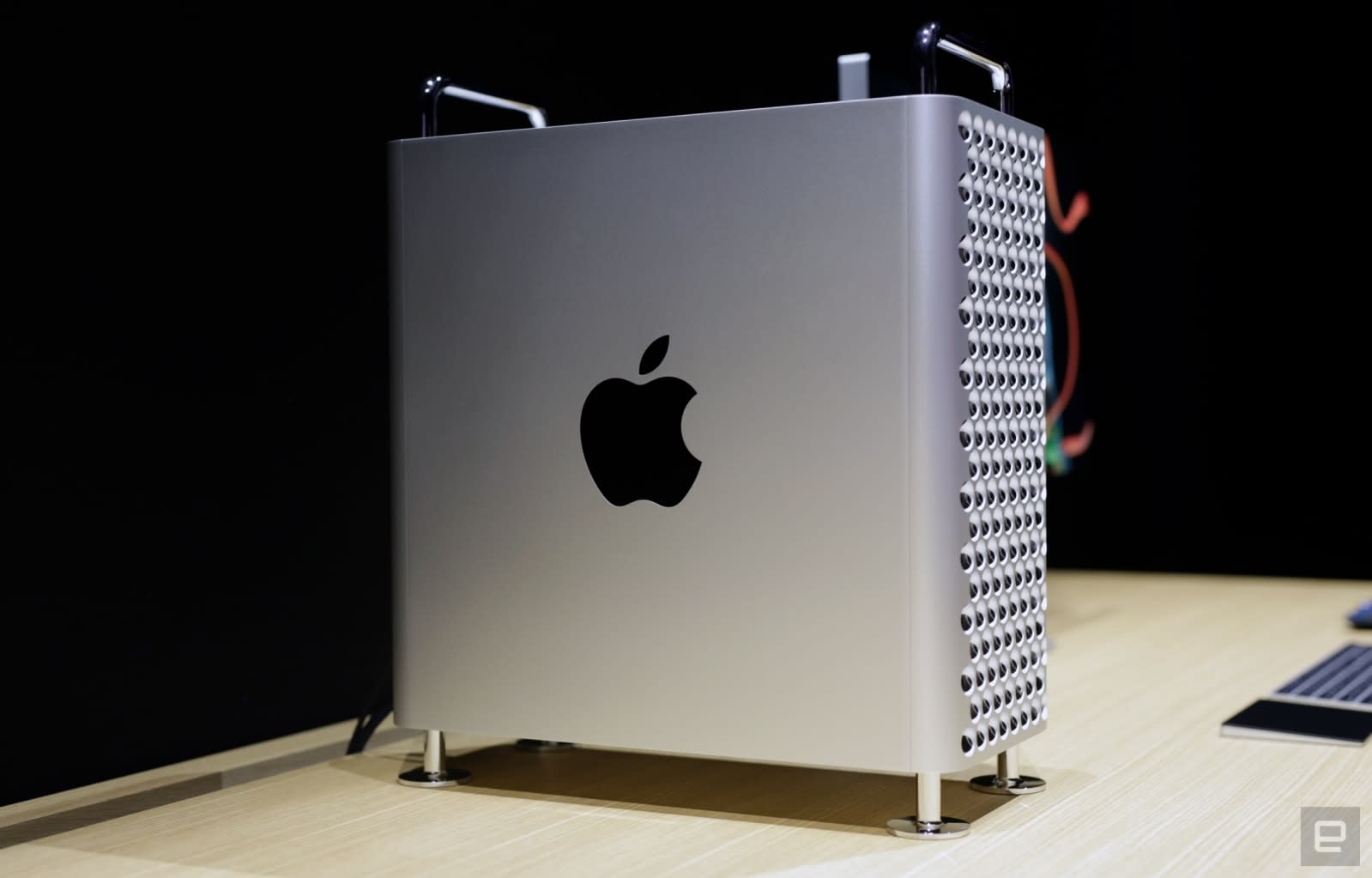 The Mac Pro was one of the bigger announcements at Apple's Worldwide Developers Conference last week, bringing with it immense power and an aesthetically questionable if practical design (it looks like a cheese grater instead of a trash can this time). Apple said it would release the machine in the fall, but it may have accidentally revealed the release month before it intended to.

Clicking the "Notify Me" link on the Mac Pro section on Apple's homepage launches a popup that asks for your email address for updates on the machine's release, as noted by 9to5 Mac. However, the dialog box gives the game away a little by stating the Mac Pro is coming in September. Curiously, when you click the Notify Me prompt on the Mac Pro landing page, the popup says the system is "coming this fall." That, and the lack of a formal announcement regarding the release date, suggests this was an accidental reveal.

Update: And, just like that, Apple has switched the text to "coming this fall" on the home page popup, indicating it was a mistake after all. That doesn't necessarily mean Mac Pro won't be out in September, just that Apple doesn't want everyone to know more specifics just yet. 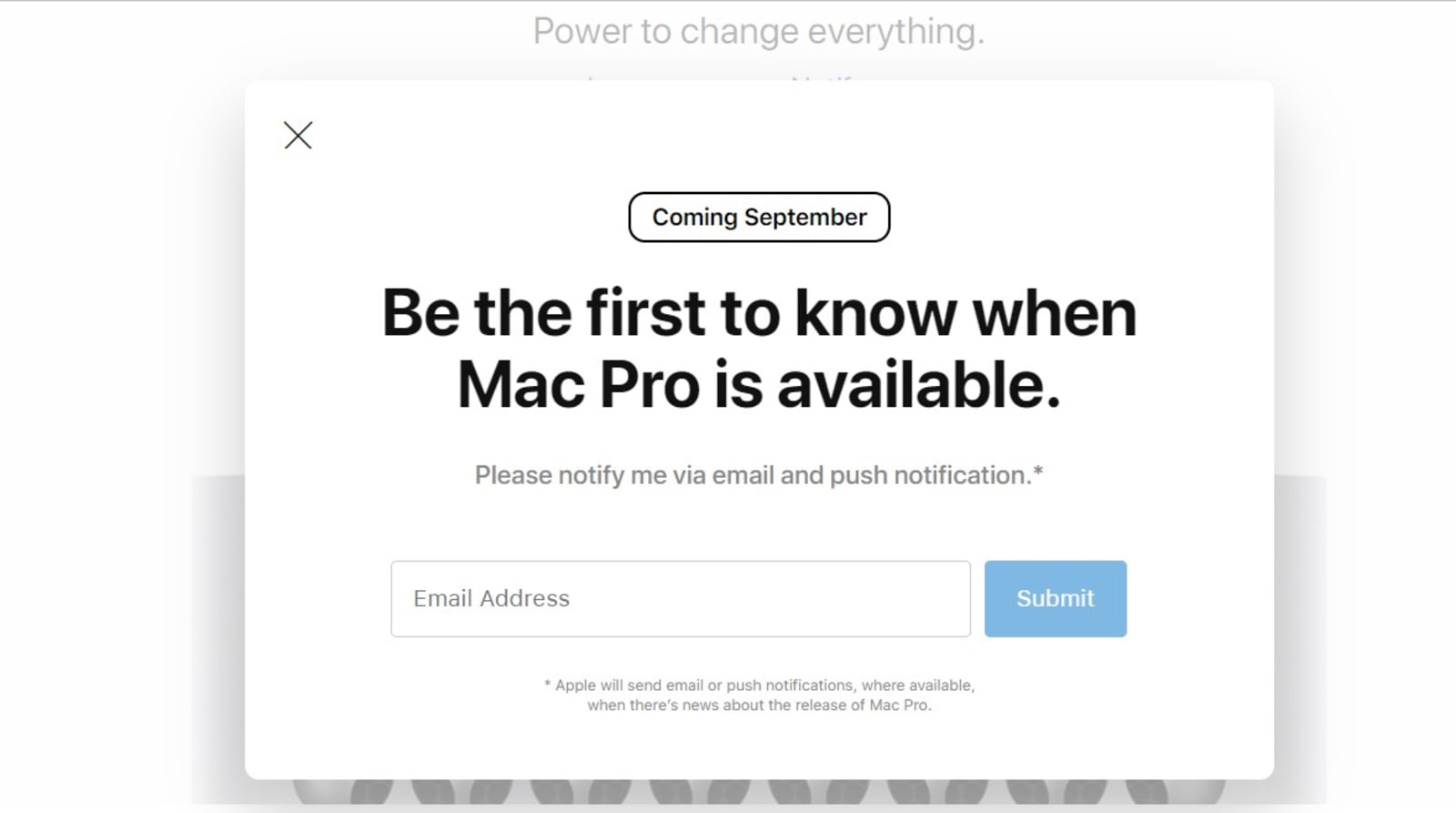 Whatever the case, if you're in the market for a Mac Pro on day one, you now know roughly how long you have to scrape together $6,000 for the base system. There's no word as yet on when you can expect the 6K Retina monitor and its accompanying $1,000 pro stand, however, other than the eternally vague "fall."

In this article: apple, gear, mac pro, macpro, personal computing, personalcomputing, wwdc, wwdc19
All products recommended by Engadget are selected by our editorial team, independent of our parent company. Some of our stories include affiliate links. If you buy something through one of these links, we may earn an affiliate commission.