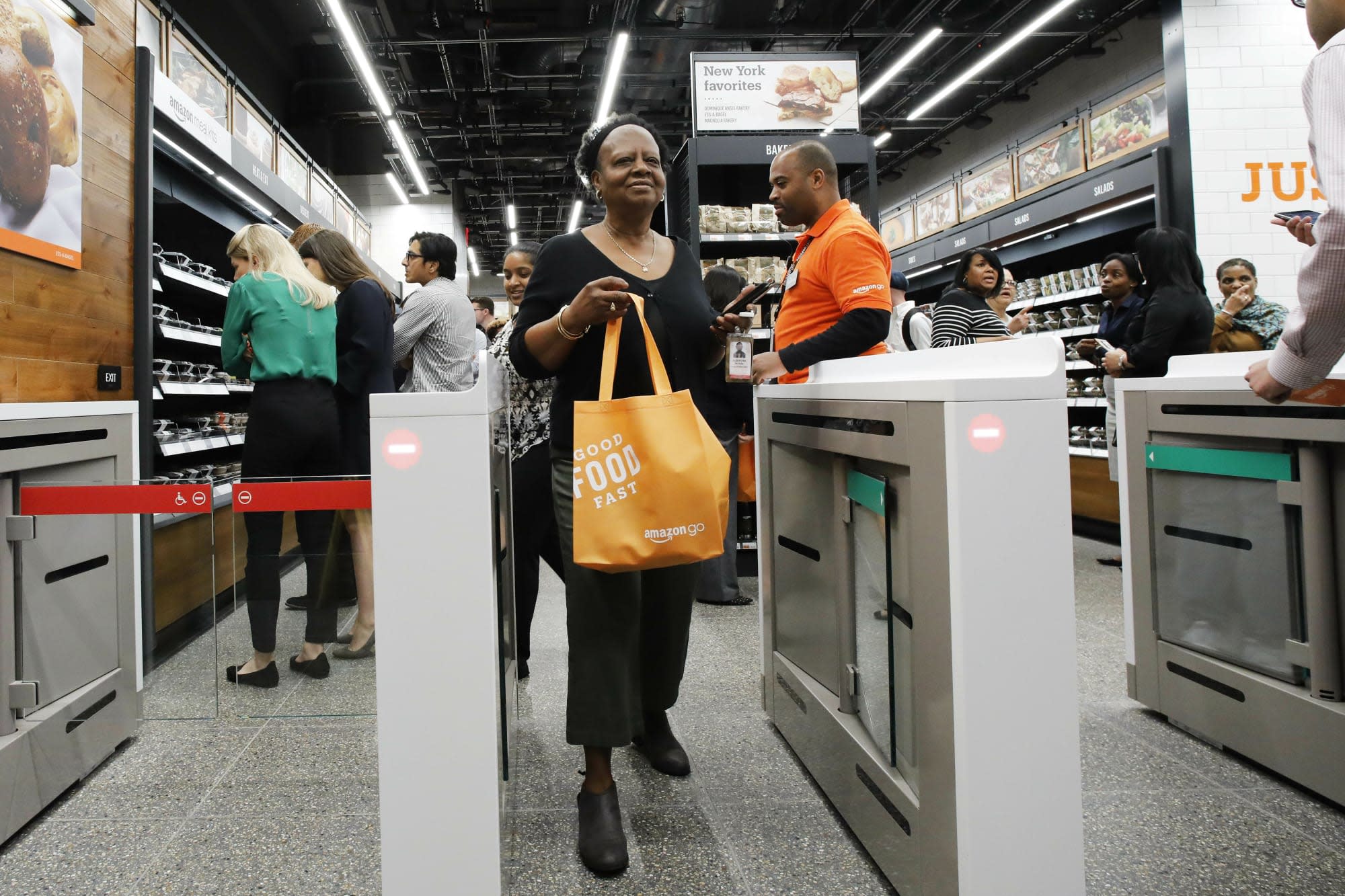 In addition to groceries, the store will offer ready-to-eat meals and snacks, including offerings from locals bakeries and vendors Dominique Ansel, Magnolia Bakery, Ess-a-Bagel, Epicured, Bien Cuit, Hale & Hearty and Terranova Bakery. There will also be Amazon meal kits and freshly brewed coffee and espresso on sale, following the launch of coffee at a Go store in Seattle.

Amazon Go could be the future of supermarket retail, but there was controversy over the cashless nature the stores. Critics complained they discriminated against people without access to credit or debit cards. Philadelphia even introduced legislation banning cashless businesses, and other states are considering following suit.

Amazon relented and agreed in April that Go stores would start accepting cash, with the Brookfield Place store in New York becoming the first to do so. The newly opened store will accept cash, as will all future Go stores.

In this article: amazon, Amazon Go, business, food and drink, food-and-drink, foodanddrink, New York, tomorrow
All products recommended by Engadget are selected by our editorial team, independent of our parent company. Some of our stories include affiliate links. If you buy something through one of these links, we may earn an affiliate commission.