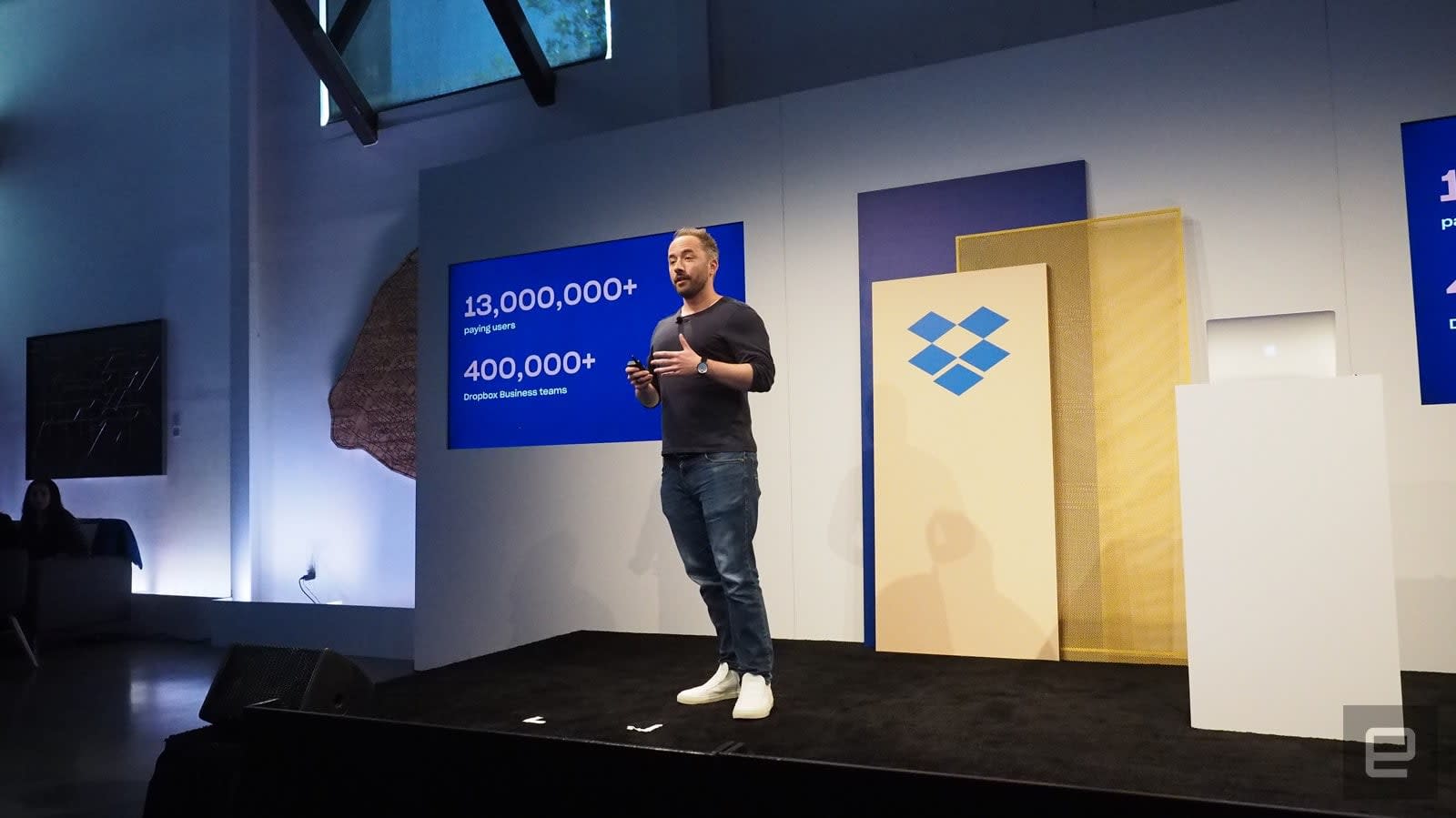 Dropbox is getting an overhaul. At an event in San Francisco, CEO Drew Houston announced that starting today, Dropbox will be a lot more integrated into other aspects of your work life. The new interface aims to centralize your contacts, calendar, communication, tools and more in a single space. The company gave us a sneak peek at the potential of this a few months ago when it allowed its enterprise users to edit Google Docs within Dropbox. Today, however, that ability is now available to all Dropbox users. 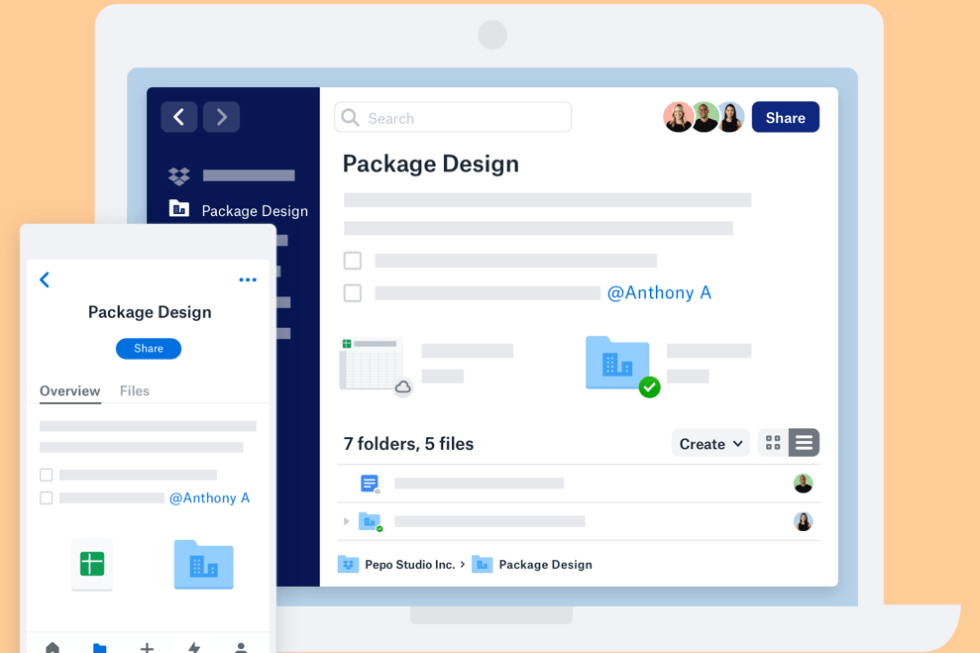 Along with Google Docs, Dropbox is also now integrated with Slack, so you can easily message team members on a project. You can also easily add web shortcut URLs in a Dropbox project folder to have all of your links and cloud documents in a single interface.

The new Dropbox is centered around a new rich folder experience. In a single folder, for example, you can view not just the description of a project, but also action items, due dates and all sorts of documentation, regardless of the application you used to make them.

For example, Dropbox will allow you to have Google Docs live side-by-side Microsoft documents, and have all of them easily accessible and integrated. Powerpoint documents can be edited right inside a Google editor and all changes will be saved on Dropbox. You can even view AutoCAD files inside a Dropbox file viewer, even if you don't have AutoCAD installed. There'll also be a unified search, so you can search across all of your different documents from a single place.

According to Houston, a lot of office workers juggle multiple apps -- often as many as 35 -- in the course of their workday. The new Dropbox is attempting to simplify that. In the future, Dropbox hopes to incorporate even more apps and tools. Dropbox essentially envisions a world where it wouldn't matter what app you used -- be it Final Cut Pro, Adobe Premier, Photoshop or anything else -- you'd still be able to collaborate with others.

"We very much think of Dropbox as a platform," said Adam Nash, Dropbox's Vice President of Product and Growth. "We want Dropbox to be the place to get work done, and create an ecosystem where the best of breed applications and content can come together."

Along with the new Dropbox experience, there'll also be a new Dropbox desktop app. However, that is not widely available just yet, and is currently only rolling out to early access users.

In this article: dropbox, gear, internet, personal computing, personalcomputing
All products recommended by Engadget are selected by our editorial team, independent of our parent company. Some of our stories include affiliate links. If you buy something through one of these links, we may earn an affiliate commission.