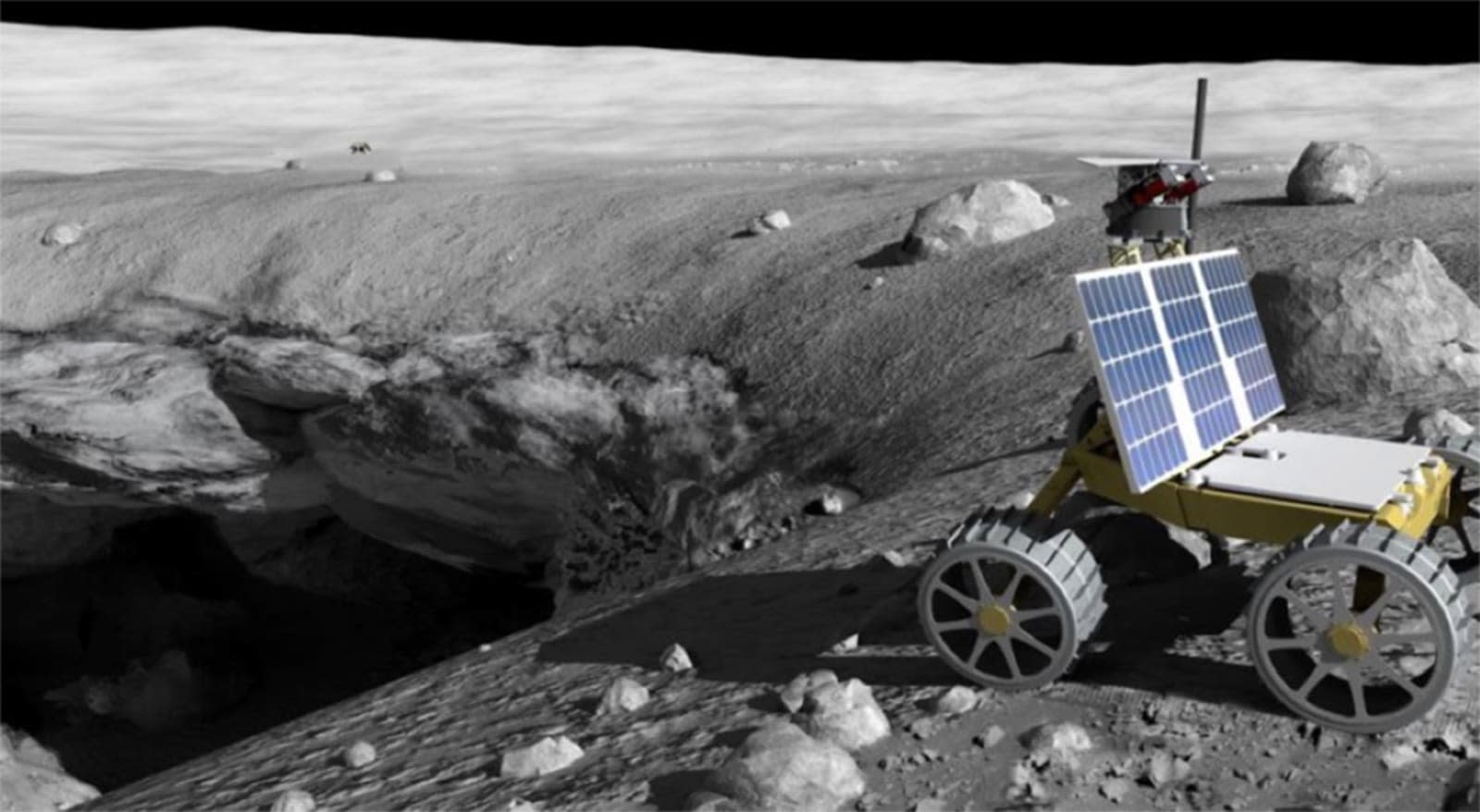 NASA doesn't just want to return to the moon by 2024, it also wants to establish a "sustained human presence" and to use the moon as a hub for future Mars exploration. In order to do that, it will need new ideas and technologies, like those solicited and supported by the NASA Innovative Advanced Concepts (NIAC) program. Today, NIAC moved two projects to Phase III, the furthest any concepts have made it.

One project, Robotic Technologies Enabling the Exploration of Lunar Pits, aims to rapidly survey and model lunar craters. Led by Carnegie Mellon University, the project will use high-res images to create 3D models. Ideally, that data will be used to determine if humans or robots can explore the craters. The images might also be able to characterize ice on the moon, and back on Earth, the tech could be used to autonomously monitor mines and quarries.

The second project, Mini Bee Prototype, will explore optical mining, which excavates asteroids and extracts water and other volatiles into an inflatable bag. That project is being led by California-based TransAstra Corporation. Ultimately, the researchers hope to prove that optical mining can obtain propellant in space.

NASA says both concepts are in early phases of development. Next, they'll receive up to $2 million and spend two years being refined. While these are the first Phase III projects, they're certainly not the last. Going forward, the NIAC program plans to award one Phase III project per year. Current Phase II projects include concepts for a flexible telescope and a shield that could allow us to get closer to the sun than ever before.

In this article: 3D models, asteroids, carnegie mellon university, innovative advanced concepts, lunar, mars, mini bee prototype, mining, moon, nasa, niac, phase three, space, TL19MOON, tomorrow, transastra corporation
All products recommended by Engadget are selected by our editorial team, independent of our parent company. Some of our stories include affiliate links. If you buy something through one of these links, we may earn an affiliate commission.