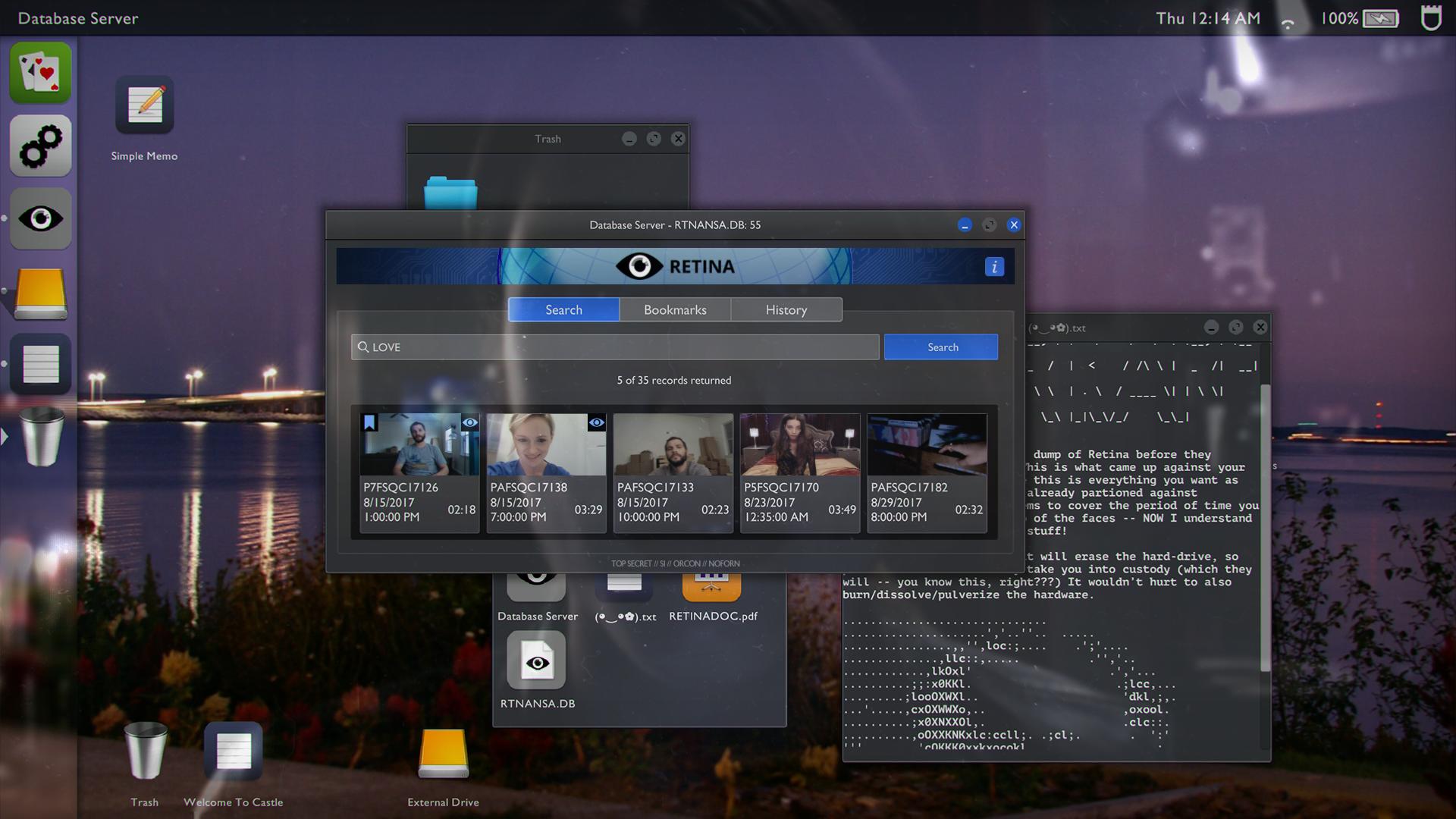 The gameplay in Sam Barlow's critically acclaimed indie Her Story involved little more than Googling. Positioned in front of a mid-'90s computer desktop, your job was to sift through a database of nearly 300 short videos of police interrogations to deduce how a murder took place and why.

There was only one actor, the interview room setting barely changed and your sole method of interacting with the game was by keying in search terms that connected to interview transcripts. Yet trawling through clips, attending to the slightest testimonial discrepancies and details, then revisiting previous scenes in light of your new information was compelling. Her Story took the ostensibly passive idea of observing and listening and made them feel dynamic -- no shooting, jumping or fetch quests necessary.

Her Story's plaudits -- including from The Game Awards, BAFTAs and numerous 'best of the year' lists -- also framed Barlow as the brains behind a new form of non-linear, interactive narrative that's more complex than the choose-your-own-adventure of Netflix's Bandersnatch or Telltale Games titles. Barlow -- who previously worked on games like Silent Hill: Shattered Memories and Serious Sam: Next Encounter -- is now refining the same mechanic but on a grander scale with Telling Lies, which will be out this year.

"If Her Story was figuring out 'oh it's neat to have a game where all the exploration gameplay is being applied to the video footage', here it was 'how can we expand that, how can we make it broader, how can we make it more tactile," Barlow told Engadget at E3, where he played Telling Lies in a short demo.

Telling Lies revolves around four characters whose conversations with each other have been snooped on for two years. You access a seized NSA database and dive into their video chats, piecing together what awful event has transpired that links them together, as well as the more meta question of why you -- the player -- are trying to get to the bottom of it. Barlow says the game is about intimacy in the digital age, the ways we are duplicitous to others as well as ourselves and the pervasiveness of government surveillance.

Unlike his previous game, the video clips are not chopped down to a few seconds long. Conversations of up to 15 minutes exist in full, and you can scrub backwards and forwards in them. But there is still a limit of five clips that you can view per search -- thus a keyword like "the" won't suddenly present you with every clip in the game. The other obstacle: You only see one character's dialogue in each conversation; to get the whole picture you'll have to infer what was said in response and search for it.

Many key events happen off-screen, which characters only discuss after the fact. Unlike cinematic dialogue, the lines are not tight and time sensitive but may resemble the meandering small chats between partners at the end of the day. One scene voyeuristically shows a character washing dishes for seven minutes. You can watch it, fast-forward, or skip it altogether. But it may have meaning if you know the context which perhaps is only apparent on a later view. 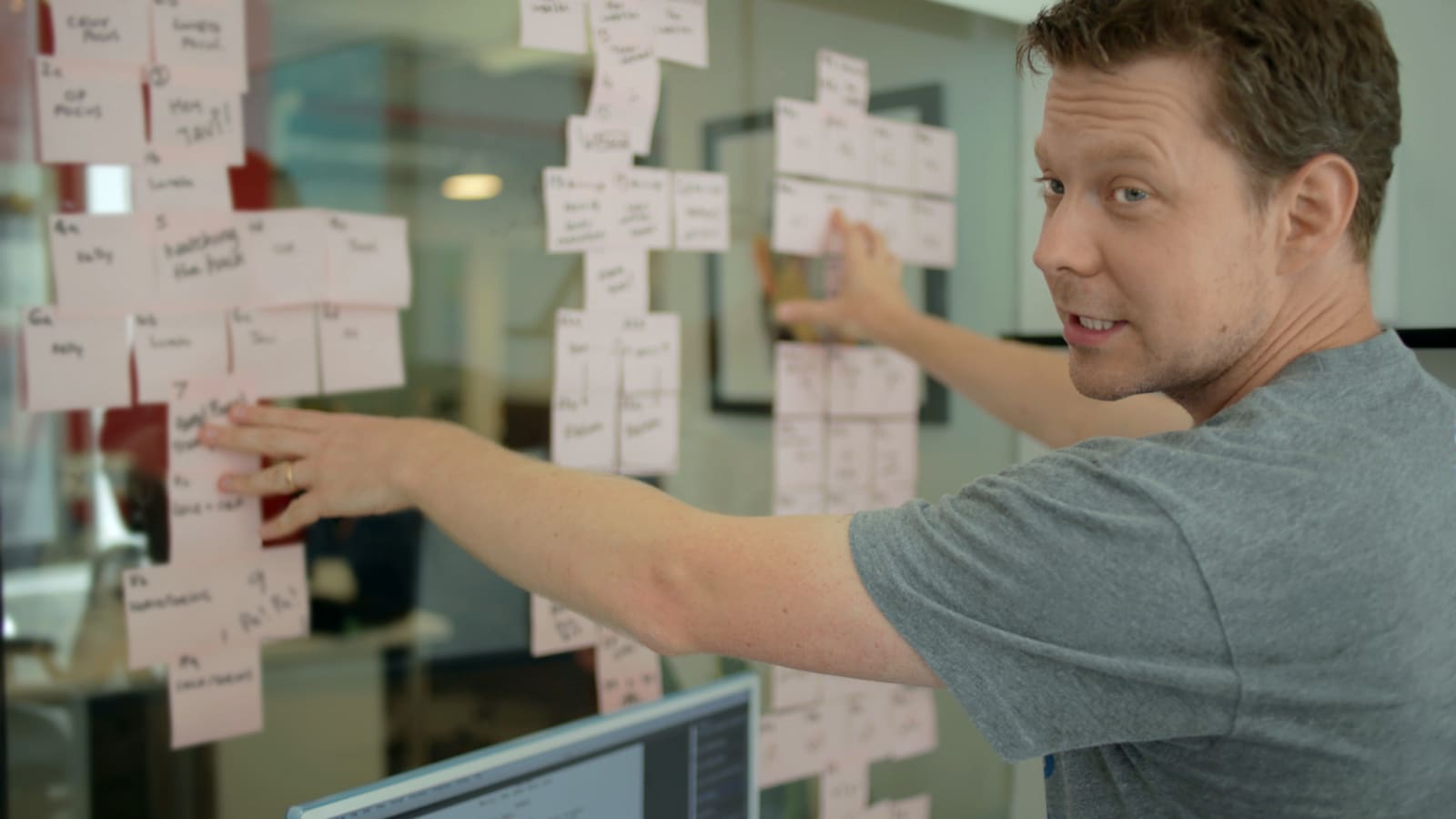 In Barlow's games, the narrative does not move laterally across time. Instead, it drills vertically, generating deeper meaning and subtext with every new perspective. Like a freeform Rashomon, it reveals how even the idea of a pure and safe narrative through-line is dubious.

There's about 10 hours of spliced footage in Telling Lies, almost five times more than in Her Story. According to Barlow, that makes this game less about obsessively tracking every detail -- which his last, investigative game lent itself naturally to -- and more about nudging you to follow what piques your interest. In Her Story, he says, about a quarter of players watched every clip in the game.

"With this one I kind of wanted to help discourage people from doing that," Barlow said. "I didn't want people to watch clips and strip mine them for clues and proceed in that orderly way. I wanted to encourage people to lose themselves, fall down a rabbit hole."

Indeed, Barlow cites The Legend of Zelda: Breath of the Wild as inspiration for its generosity in rewarding open world exploration, alongside Francis Ford Coppola's The Conversation for its "fetishizing" of scrubbing through analog tape, and director Nicolas Roag for his non-linear editing style.

The sheer scale of this game, the access to full conversations and a way to search new terms directly from video subtitles facilitates players following sparks of inquiry. You can follow any character you want -- like the immersive theater piece Sleep No More -- without FOMO, or feeling like you need to obsessively check off a to-do list. There's no single protagonist. "I wanted to really dig into that idea of a game where the exploration is within the video," he said. "I wanted the sense of the sprawl." Stoking curiosity, not completion, is the aim for Barlow. And he wants you to do it all through word searches.

All products recommended by Engadget are selected by our editorial team, independent of our parent company. Some of our stories include affiliate links. If you buy something through one of these links, we may earn an affiliate commission. All prices are correct at the time of publishing.
View All Comments
'Telling Lies' and the new nonlinear narrative