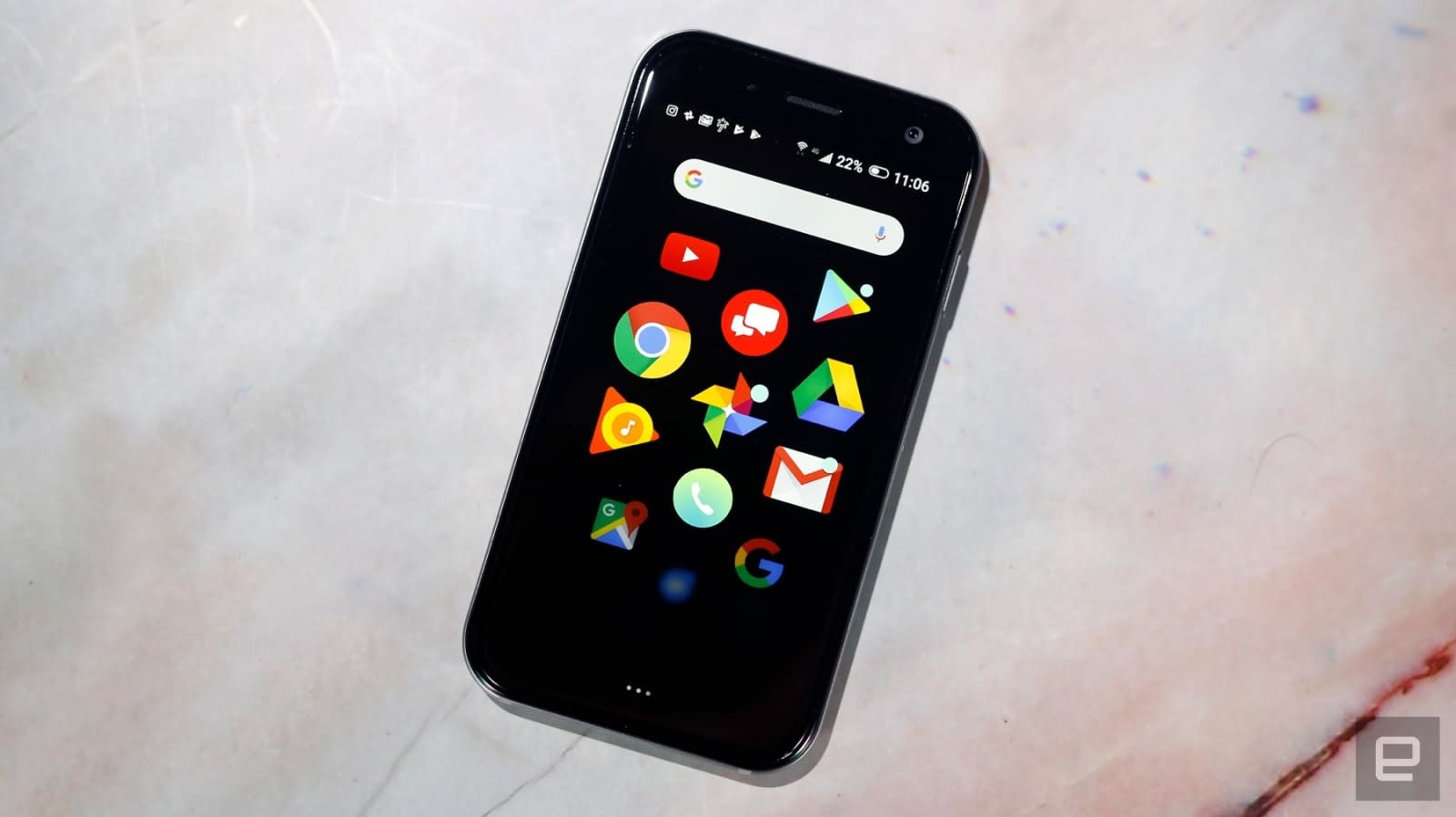 As much as Palm's tiny phone has improved over the past several months, there's still been one glaring limitation: you've had to use it on Verizon (Engadget's parent company) in the US. You won't have to be quite so picky after today. Palm has opened pre-orders for an unlocked version of the minuscule Android device that will work as a stand-alone phone on most major US carriers, including AT&T, T-Mobile and the prepaid Metro brand. No, there's no mention of Sprint -- ironically, the home of the original Palm Pre won't get this device a decade later.

The handset is functionally identical to the one available through Big Red, for better or for worse. It was initially meant as a "secondary" phone for times when you didn't want to lug around a full device, and its 3.2-inch display, Snapdragon 435 chip, limited cameras and shorter battery life reflect that. As an independent device, it's really meant for those who hate ever-growing phone screens or prefer something that can do slightly more than the basics.

An unlocked model will cost you $350, with pre-orders expected to ship six to eight weeks. That's certainly more affordable than some phones, although it's not what we'd call a budget proposition. You can snag phones from Motorola and others that do considerably more and cost less. Palm's model is really for people who value miniaturization and focus above all else, and are willing to pay for the privilege.

In this article: android, att, gear, metro, metropcs, mobile, palm, palm phone, pre-order, smartphone, t-mobile, unlocked, verizon
All products recommended by Engadget are selected by our editorial team, independent of our parent company. Some of our stories include affiliate links. If you buy something through one of these links, we may earn an affiliate commission.