Google's Chromebook App Hub for students and teachers is live

Google has a new way to help educators find good apps for the classroom.

We can argue about the merits and flaws of Chromebooks all day long, but one thing is clear: They've found a strong foothold in the education market. Indeed, today Google is announcing that more than 30 million Chromebooks are in use by students around the world. To help teachers and students get more out of those devices, Google is also announcing that the Chromebook App Hub it announced back in March is live as of today.

Given that Chromebooks already have a store for Chrome web apps as well as Android apps, the new App Hub is differentiating itself in several ways. Google said in a press briefing that they've heard feedback from educators that finding useful tools as well as ideas for how to implement them can be challenging. To address that, the App Hub is made up of apps from developers who've agreed to abide by specific transparency and privacy policies so that schools can make sure software abides by their particular requirements.

Perhaps more interesting for teachers is that apps come alongside something called "idea sparks," which are essentially editorial pieces of content written by people in education that give examples of lessons to use the app in the classroom. The Hub also has a host of filters for searching for trending topics, subjects that teachers or students may be looking to emphasis or apps appropriate for different age ranges. Google says that both the featured apps on the App Hub and idea sparks will be updated on a quarterly basis going forward.

The Google Education team has a number of other improvements they're rolling out to the Classroom product in advance of the next school year, as well. Last year, Google rolled out a beta of Gradebook, a master place for teachers to keep track of a class's assignments and grades. That's ready to come out of beta now, but Google's making a big change: it can now hook into the school information system (SIS) of choice, something that'll keep teachers from having to enter grades both into Gradebook as well as the SIS. Obviously, if Google wants this tool to take off, teachers can't be expected to waste time entering grades twice. 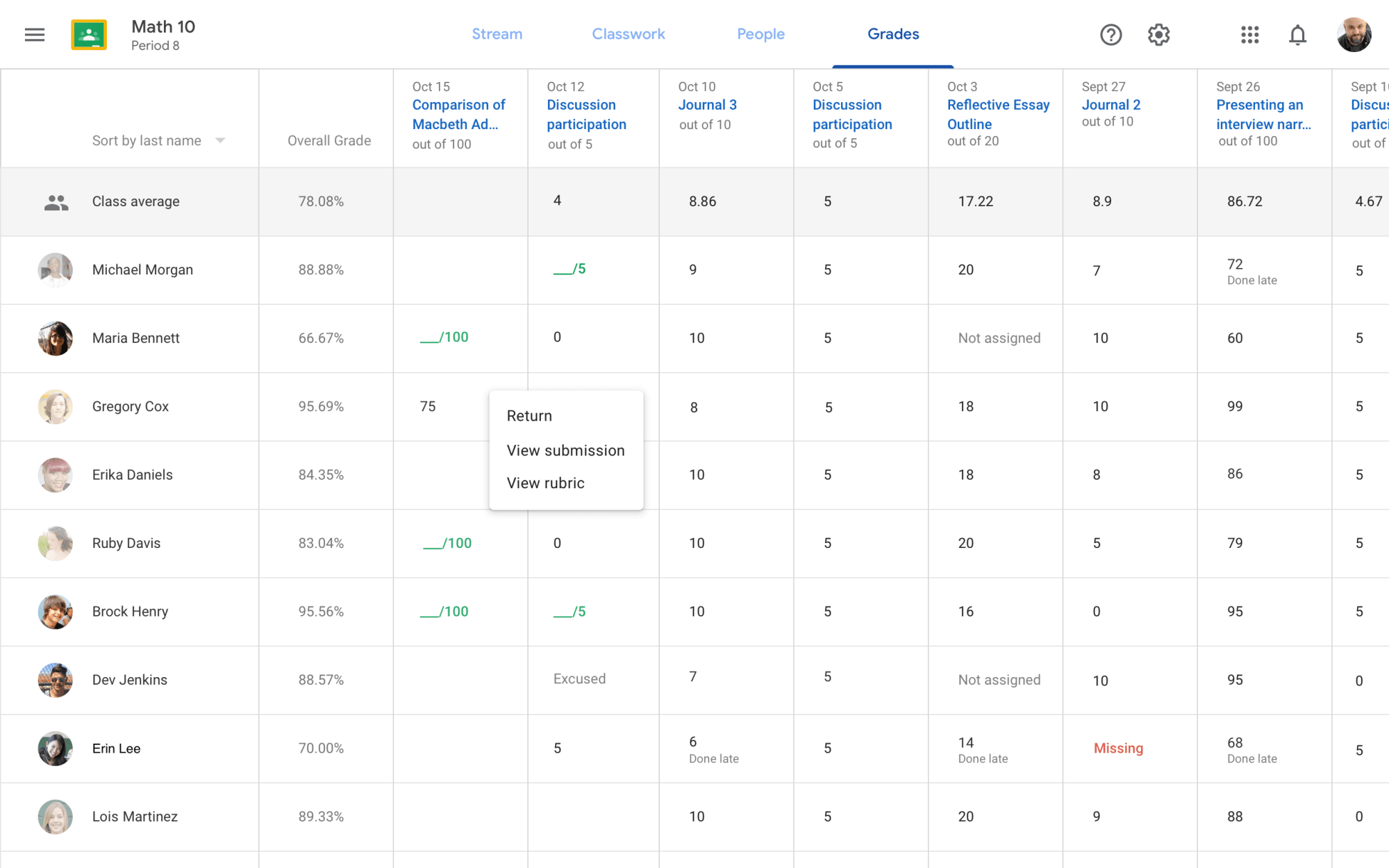 Another new tools educators have to look forward to is custom grading rubrics (or scoring guide) that can be included with each assignment so that students know exactly how the assignment is being graded. And while teachers are grading, they can now create a "comment bank" of feedback that they give often so they don't have to type out "misspelling" over and over again. 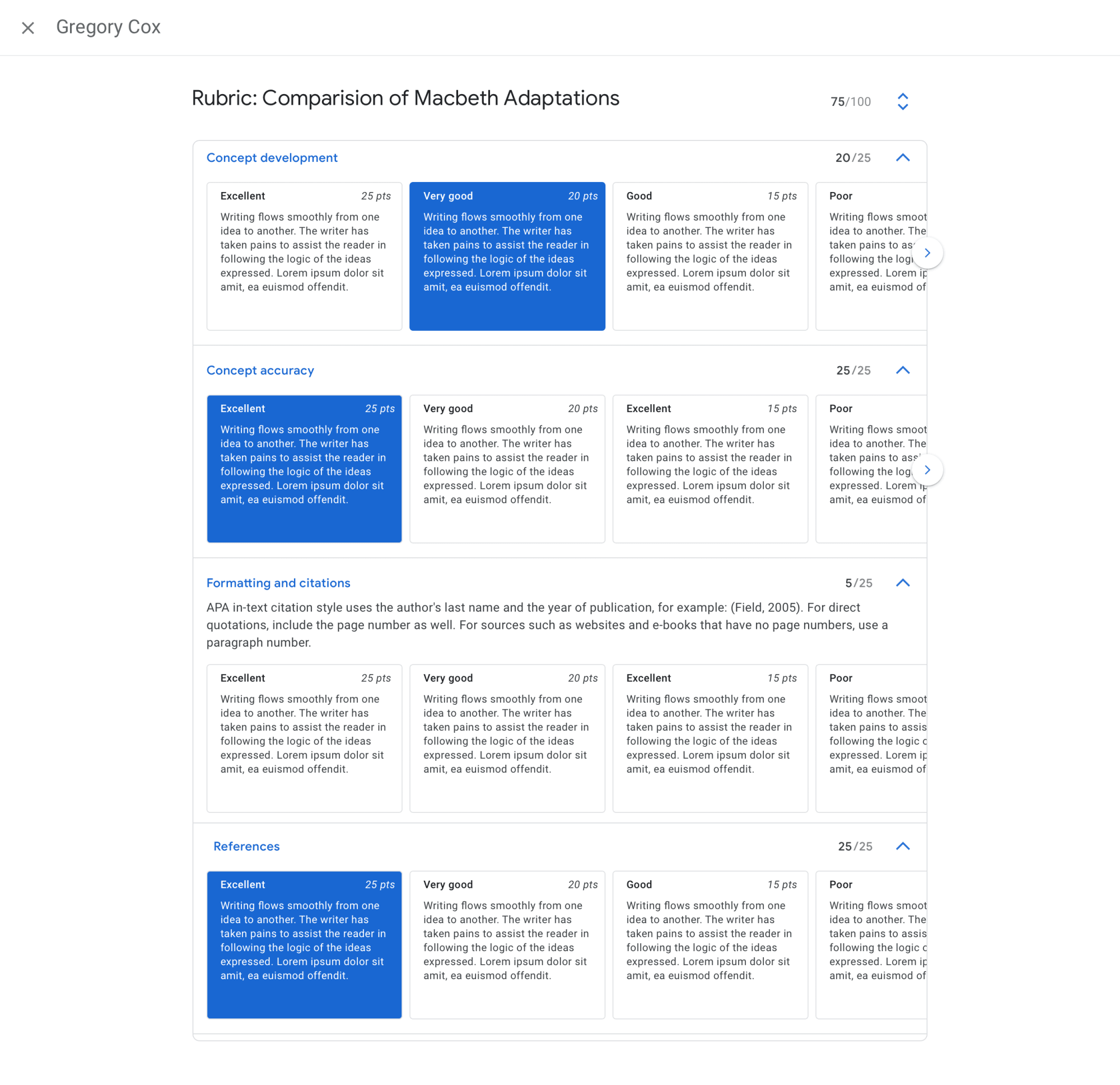 Finally, a "locked mode" that teachers can enable on Chromebooks manged by a school is coming out of beta. That's a quick way for a teacher to keep students from using their Chromebooks in ways they shouldn't be (like looking up answers or chatting with classmates) while taking a test, for example. None of these are radical changes, but as Google Classroom continues to mature (it's now used by 40 million teachers and students), this kind of polish is important if Google wants to keep its education customers happy.