It's not just you.

Microsoft is trying to make it easier for users to report bugs. The company has released a Windows 10 Insider Preview with an updated Feedback Hub that lets users find similar complaints. If you've stumbled upon a problem in a pre-release build, you're likely not alone. Instead of writing a completely new piece of feedback from scratch, users can easily link to an existing complaint under "Find Similar Feedback" in the Feedback Hub.

It's already possible to find existing complaints with the search bar, but this update should streamline the process. You can see a preview of what the updated Feedback Hub looks like below. 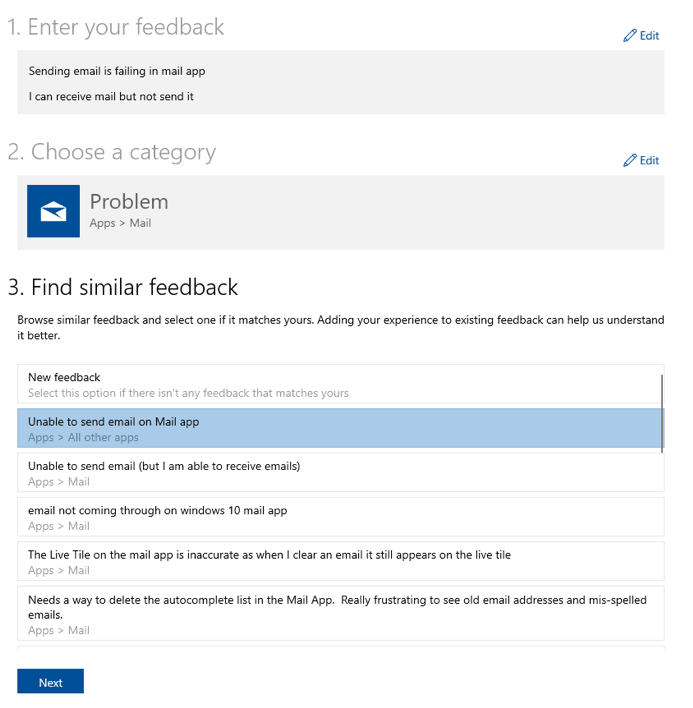 Grouping complaints won't just save users time, it might help Microsoft avert chaos before it spreads. A Windows 10 update last October wiped many user profiles with no warning. By testing an improved suggestion box in a pre-release build -- where problems crop up more often than not -- the company likely wants to give its most technically savvy users a way to report red flags.

The feature is gradually rolling out to Windows Insiders in the Fast Ring as version 1.1904.1584.0.