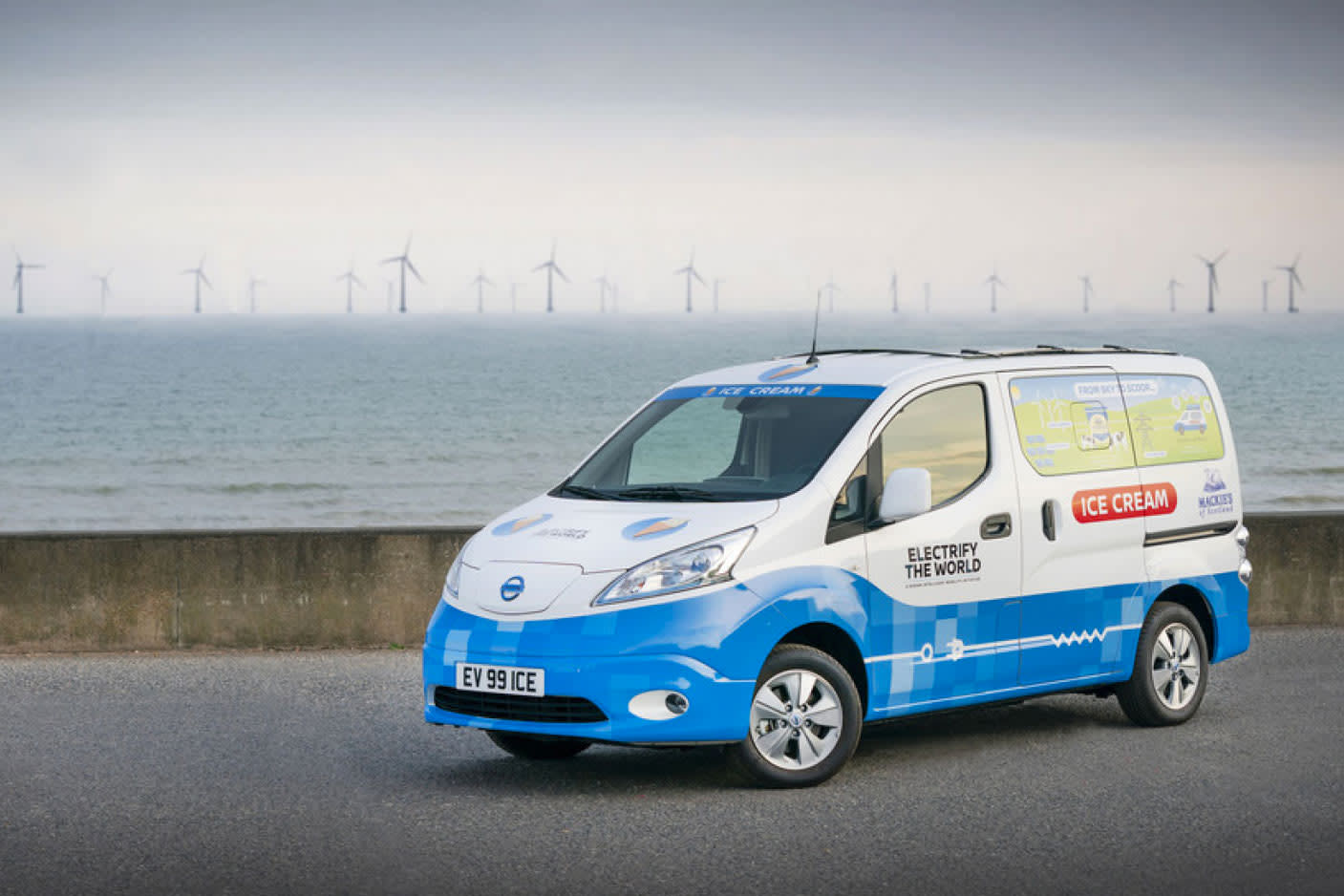 For some, chasing the neighborhood ice cream truck is a favorite summer tradition. But many ice cream trucks have diesel engines, and older models keep those engines running to power the freezers. That means you get a hefty side of CO2 emissions with your cone. Nissan thinks it can change that. To celebrate the UK's Clean Air Day, Nissan unveiled a zero-emission ice cream van concept, called "Sky to Scoop."

The prototype is based on Nissan's e-NV200, a fully electric light commercial vehicle that has a range of up to 124 miles. The company installed two Nissan Energy ROAM power packs -- which use lithium-ion cells recovered from first-generation Nissan electric vehicles -- to power the coolers. Those can be charged along with the van, but there are rooftop solar panels for an added boost. Nissan also partnered with Mackie's, a Scottish ice cream company that uses wind and solar power, making the product green from "sky to scoop."

Nissan took the opportunity to mention that Nissan Energy ROAM will be available for sale later in 2019. The Nissan e-NV200, which is based on the LEAF architecture, is already available. There's no word yet if Nissan will take its clean, EV ice cream truck beyond the prototype stage, but this isn't the first time the company has gotten creative with the e-NV200. A few years ago, the company turned it into a mobile office, and there's a chance we'll see more one-off projects like this one.

In this article: clean air day, e-nv200, electric van, electric vehicle, emissions, energy roam, ev, gear, green, ice cream, mackie, nissan, power pack, prototype, roam, second life, second-life batteries, solar power, tomorrow, transportation, uk, wind power, zero emissions
All products recommended by Engadget are selected by our editorial team, independent of our parent company. Some of our stories include affiliate links. If you buy something through one of these links, we may earn an affiliate commission.