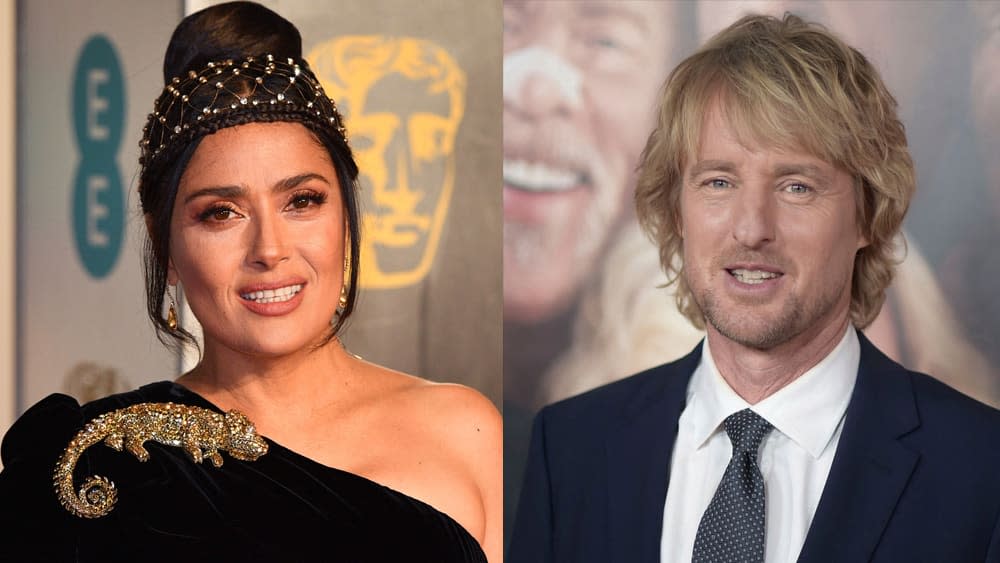 What if Elon Musk is right and we're living in a simulation? Salma Hayek and Owen Wilson will star in Bliss, a new sci-drama for Amazon Studios that explores this question further. Written and directed by Mike Cahill (Another Earth), the production started filming this week in Los Angeles and Croatia. Amazon hasn't released too many details on the plot, but the film appears to be a love story that mixes elements of The Matrix and The Good Place.

Wilson plays Greg, a recently divorced man whose life is "falling apart". He then meets Isabel (played by Hayek), a woman who lives on the streets and is convinced the world they're living in isn't exactly "real." Isabel thinks they're living inside a simulation that exists inside a beautiful, utopian "world of bliss." While Greg has doubts, he eventually warms up to the idea.

While Amazon Studios is still behind Netflix's original content as far as sheer volume, the company is betting hard on its independent productions. Analysts estimate that Amazon will spend $6 billion on original content this year. Along with Bliss, a much-anticipated Lord of the Rings prequel series and a female spin-off of Lord of the Flies is in the works.

In this article: amazon, amazon studios, av, bliss, entertainment, owen wilson, salma hayek, sci-fi, simulation theory
All products recommended by Engadget are selected by our editorial team, independent of our parent company. Some of our stories include affiliate links. If you buy something through one of these links, we may earn an affiliate commission.