Google getting out of the tablet game was inevitable (and smart)

Yesterday afternoon, Google's hardware division made an unusually forthcoming announcement: The company will no longer build its own tablets. Instead, it will focus all of its efforts on laptops. Given that Google released the Pixel Slate (its first Chrome OS tablet) just eight months ago, the news was a bit surprising. But if you've paid attention to Google's checkered history with tablets, it's hard to see this move as anything but logical, particularly when you consider the undeniable success Chromebooks have had lately, particularly in education.

Probably the most common refrain regarding Google tablets was about app quality. Specifically, developers never got on board with building apps for larger screens the way they did for the iPad, and Google's tablets have suffered for it.

Perhaps the only tablet that wasn't hurt by software quality was the Nexus 7, which arrived in the summer of 2012 and was sold until mid-2015. It was significantly smaller and cheaper than an iPad, and it was one of the first and best tablets focused strictly on content consumption. At less than $300, it was an ideal airplane companion for watching movies, reading books or comics, playing games, listening to music and so on. 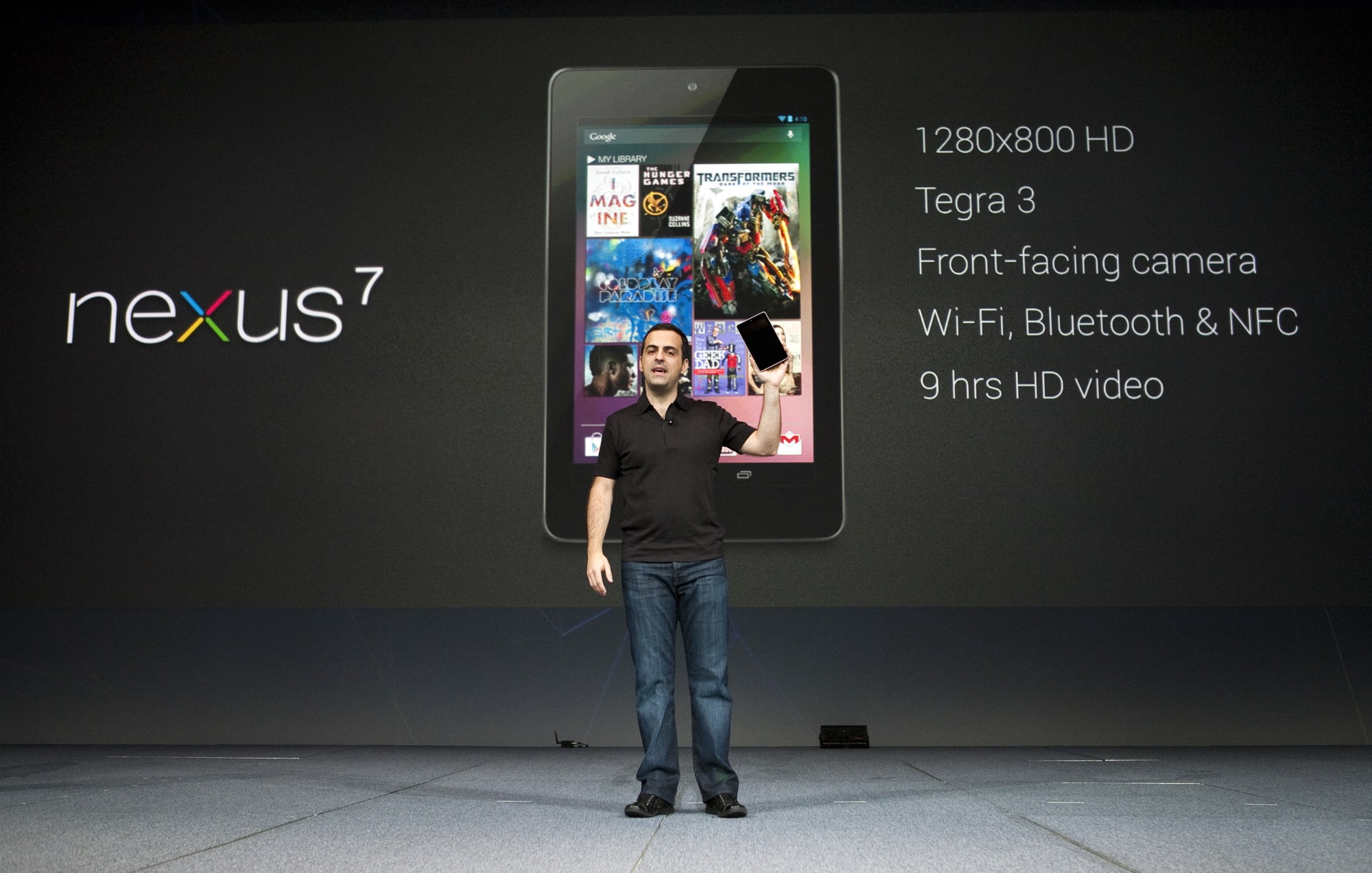 It's easy to forget now, in a time when six-inch phones are the norm, but in 2012, when a 4.5-inch phone was considered big, having a tablet for these activities was a nice luxury. And while the vast majority of apps weren't designed with a bigger screen in mind, they didn't feel ridiculous on a seven-inch screen meant to be held in portrait mode. It felt like you were using a really big phone, something it turned out customers wanted anyway. Once phone screens ballooned in size, the market for smaller tablets dried up.

The Android ecosystem's deficiencies on larger screens were more glaring with 2014's Nexus 9 and 2015's Pixel C. Both tablets featured large, high-resolution displays and third-party apps that did not take advantage of them. The problem was particularly acute on the Pixel C, which cost $650 with its keyboard attachment. The hardware was lovely and powerful, but adding a keyboard to an Android tablet didn't make it a productivity powerhouse -- Android didn't have split-screen multitasking when the Pixel C launched, and few apps took advantage of the large display. When compared with the Surface lineup or the iPad Pro, the Pixel C was clearly lacking.

While Google was struggling with tablets, its Chromebook business was starting to boom. They originally were simply cheap, underpowered laptops that needed an internet connection, but by 2015 Google was making serious inroads in the education market. Meanwhile, hardware manufacturers were making Chromebooks that were still affordable but with high-quality screens, long battery life, comfortable keyboards and all the other things one expects out of a good laptop.

When Google announced it was working on bringing Android apps and the Play Store to Chromebooks in 2016, it was pretty clear that Android tablets as we knew them were dead. And while Android apps on Chromebooks are still far from perfect (they're still somewhat buggy and often not optimized for keyboard and mouse), a Chrome OS device with Android apps is far more useful than any Android tablet ever was.

This all culminated in 2017's Pixelbook, the first premium-priced Chromebook Google made that was actually worth its asking price. It felt like the most fully realized version of Google's computing vision yet: a thin, light, powerful laptop that you can flip into tablet mode and use with a stylus. Chrome OS is still best suited to a keyboard and mouse, but plenty of Android apps can take advantage of the touchscreen and pen. Of course, there were still some kinks, but Google's hardware had become a viable alternative to Apple and Microsoft. 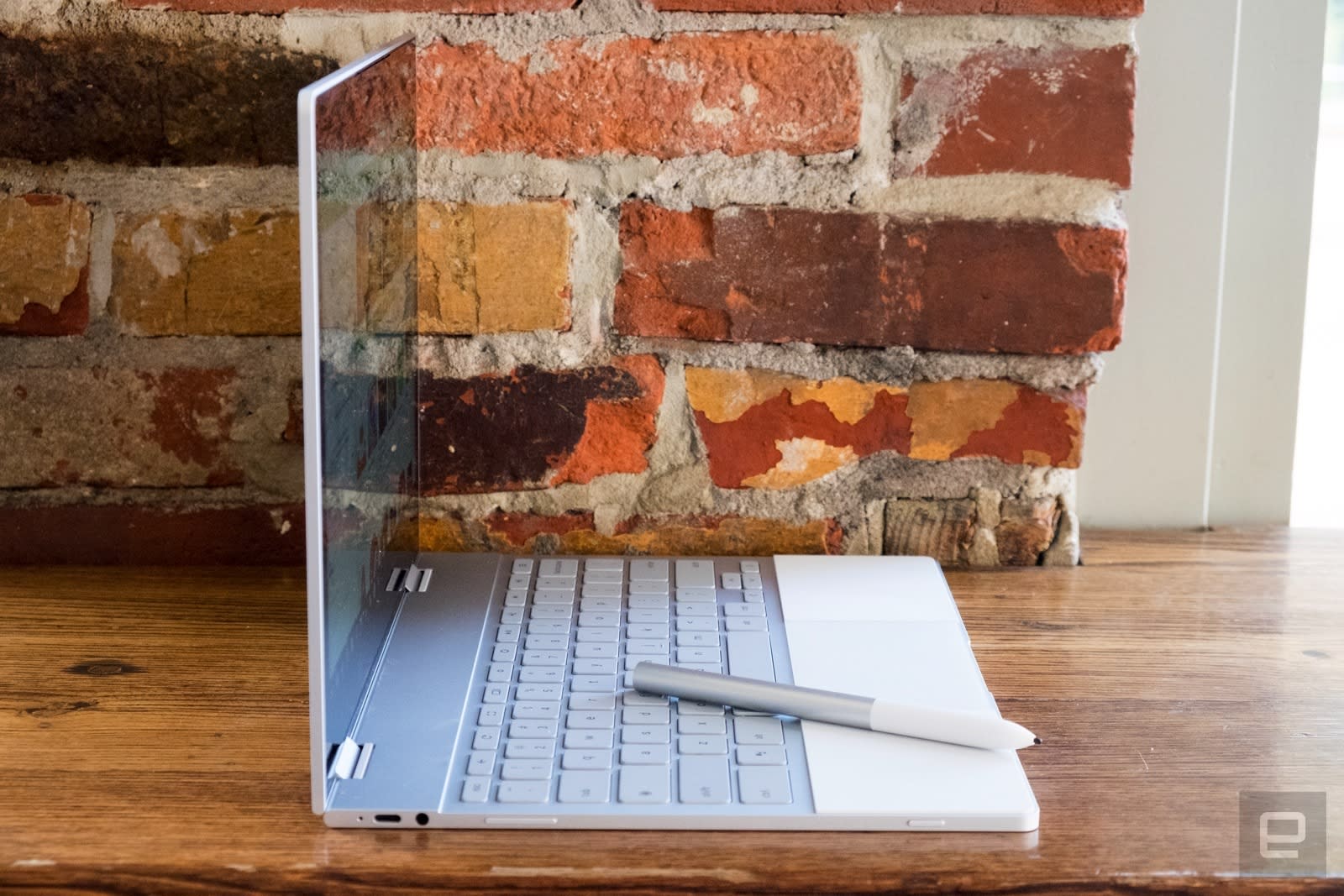 But Google couldn't resist trying tablets again, and that's how we ended up with the Pixel Slate, yet another beautiful and powerful piece of hardware let down by half-baked software. Using the Slate with its keyboard folio as a laptop-esque device is pretty great. The screen is amazing, the hardware is speedy, the typing experience is solid. But take away the keyboard and you're left with stuttering software plus all the deficiencies of Android apps on big screens.

At the end of the day, the Slate's tablet form factor doesn't offer an experience that's better than the standard Pixelbook. Yes, it's better to watch video holding a tablet than a flipped-around laptop -- but spending $600 or more on a Pixel Slate, without a keyboard, for watching video makes little sense when you can get an iPad for $329 or an Amazon Fire tablet for even less. Right now, the combo of Chrome OS and Android apps works far better with a keyboard than without one, and Google's decision not to build tablets going forward is a direct admission of this fact.

Google never made tablets work, but it's far from alone in that regard. The only tablet makers of consequence right now are Apple and Microsoft. And Microsoft is basically building Windows PCs that can be used as tablets, but only if you're so inclined. But like Google, the Surface is best with a keyboard; Apple is the only company that managed to make a tablet that doesn't feel totally hampered when using it without a keyboard. Even Apple is selling far fewer iPads than it was five years ago. It's pretty clear at this point that tablets aren't going to replace laptops anytime soon (if ever). So really, Google's hardware shift isn't an admission of failure: It's just giving customers what they want.