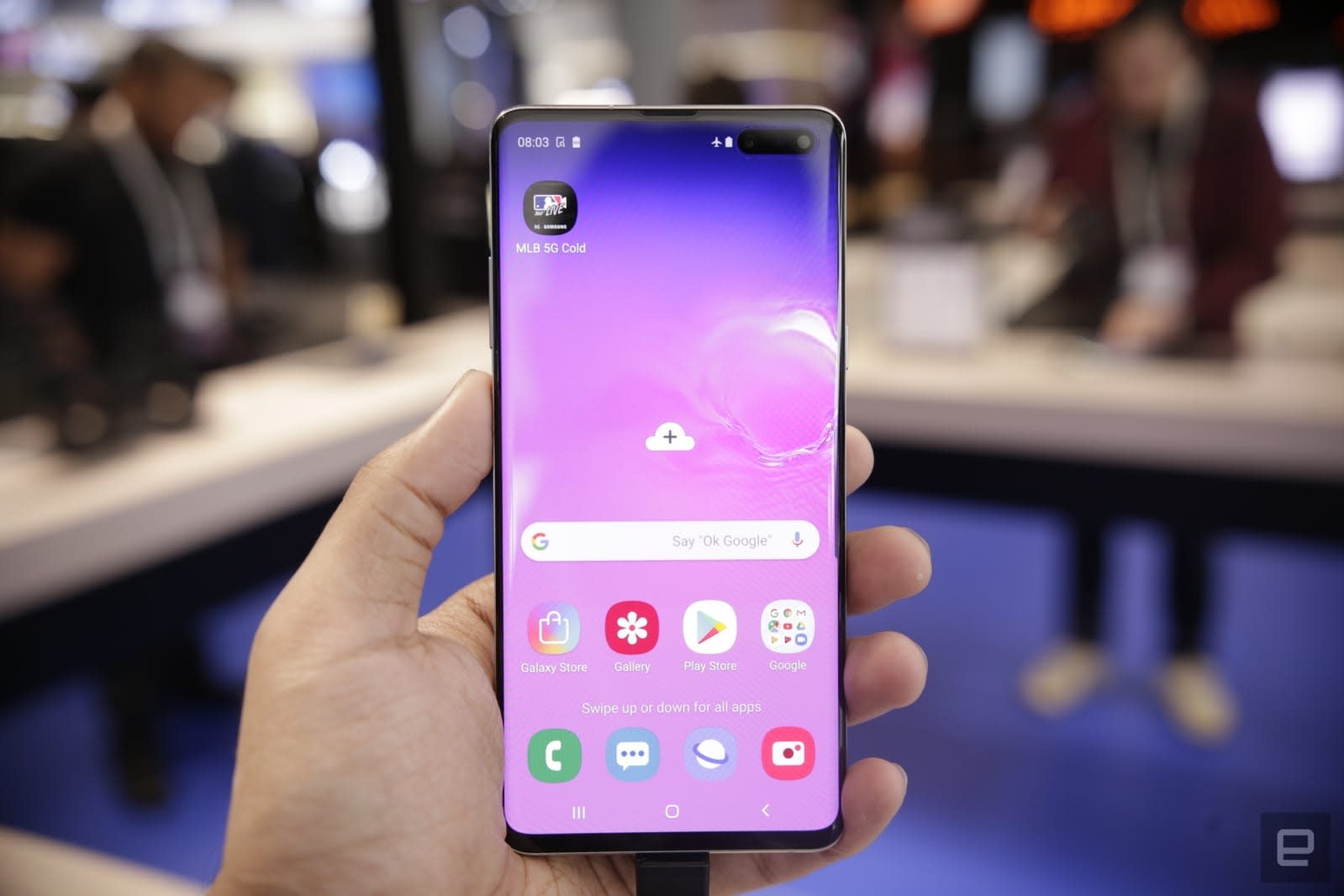 Starting this Friday, the Samsung Galaxy S10 5G will be available through another carrier. T-Mobile is adding the handset to its lineup, though for now you'll only be able to pick one up from certain stores in cities where its 5G network is switched on.

It's active in parts of Atlanta, Cleveland, Dallas, Las Vegas, Los Angeles and New York. In areas of town where you don't get a 5G signal, T-Mobile will switch you to its LTE network.

The carrier has published 5G coverage maps, which should prove useful in helping you figure out whether a 5G handset makes sense for you any time soon while it and other companies continue to build out their networks. T-Mobile is trying to merge with Sprint, and if the companies win approval, they'll combine their 5G spectrums for a more expansive network.

T-Mobile says it won't charge a premium for 5G, unlike some other carriers, and says it won't raise prices on plans for at least three years. It joins several other US carriers in offering the S10 5G, including Verizon (Engadget's parent company) and AT&T (albeit for business customers only for the time being in the latter case), while UK providers Vodafone and EE started offering it this month.

In this article: 5g, galaxy s10 5g, galaxys105g, gear, mobile, s10, samsung, samsung galaxy s10 5g, samsunggalaxys105g, t-mobile, thebuyersguide, verizon
All products recommended by Engadget are selected by our editorial team, independent of our parent company. Some of our stories include affiliate links. If you buy something through one of these links, we may earn an affiliate commission.