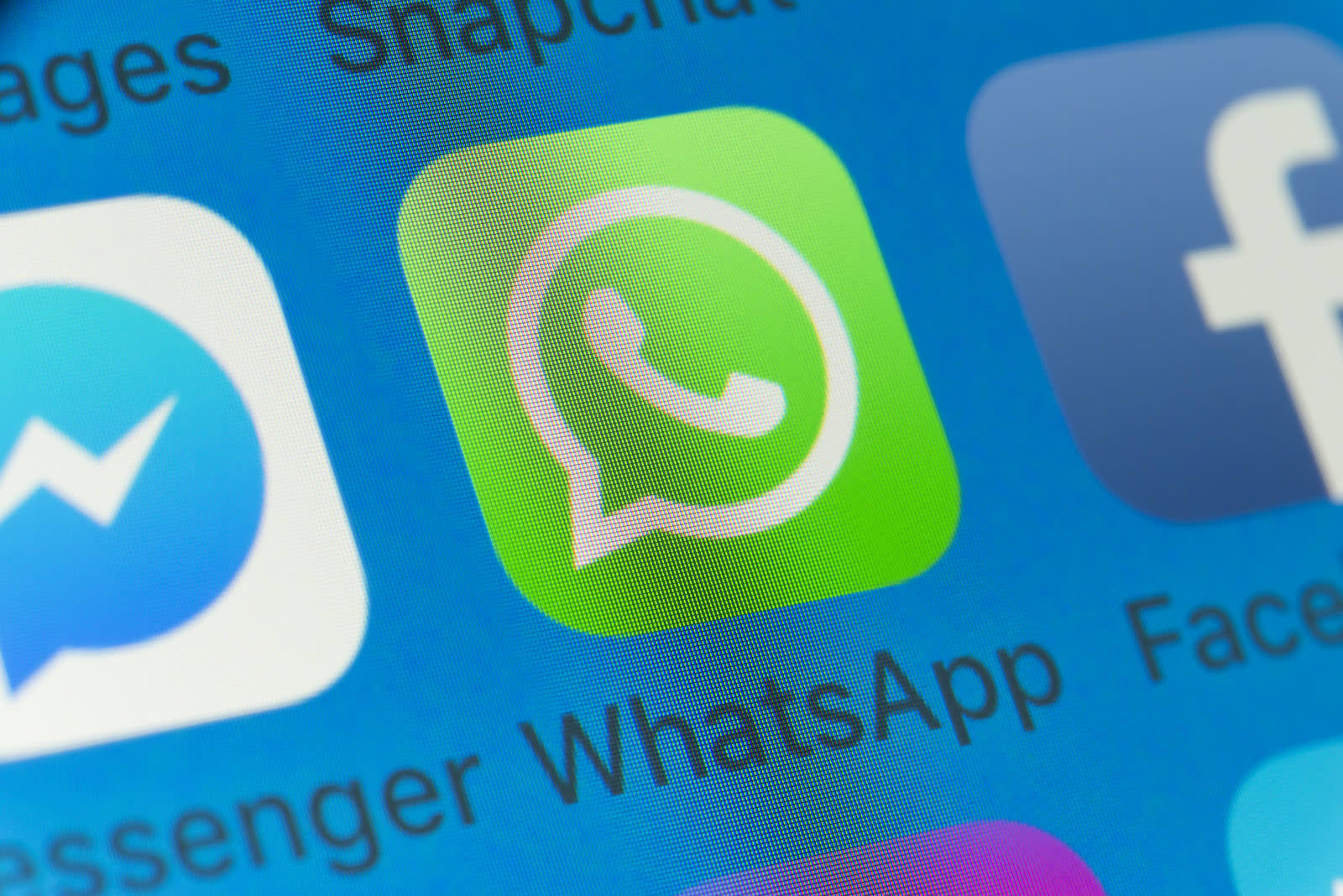 WhatsApp is testing a feature that will allow users to share their Status posts to Facebook and other services, according to The Verge. WhatsApp Status is basically the app's equivalent to Stories, and the new feature would make it possible for users to directly port their Status over to their Story on Facebook. Status content can also be shared to Instagram, Gmail and Google Photos. The feature is available through WhatsApp's beta program.

According to The Verge, WhatsApp won't require users to directly link their Facebook account to the chat app in order to port their Status to their Story. Instead, the transfer is made via the data-sharing API used by iOS and Android. While the content will be shared across apps on a person's device, the accounts won't be linked. There is also no option to automatically share a Status to another platform -- users will have to actively choose to share it. Engadget has reached out to Facebook for additional information and will update this story if we hear back.

Creating a direct link between WhatsApp and Facebook has been a sensitive subject, as the social networking giant promised it wouldn't start collecting data from the messaging service when it acquired it back in 2014. Then it started doing exactly that just two years later. European countries have frowned upon the company's data sharing practices, with the European Commission fining Facebook for misleading regulators during its acquisition of WhatsApp.

In this article: facebook, facebook stories, gear, gmail, Google Photos, instagram, mobile, services, whatsapp, whatsapp status
All products recommended by Engadget are selected by our editorial team, independent of our parent company. Some of our stories include affiliate links. If you buy something through one of these links, we may earn an affiliate commission.