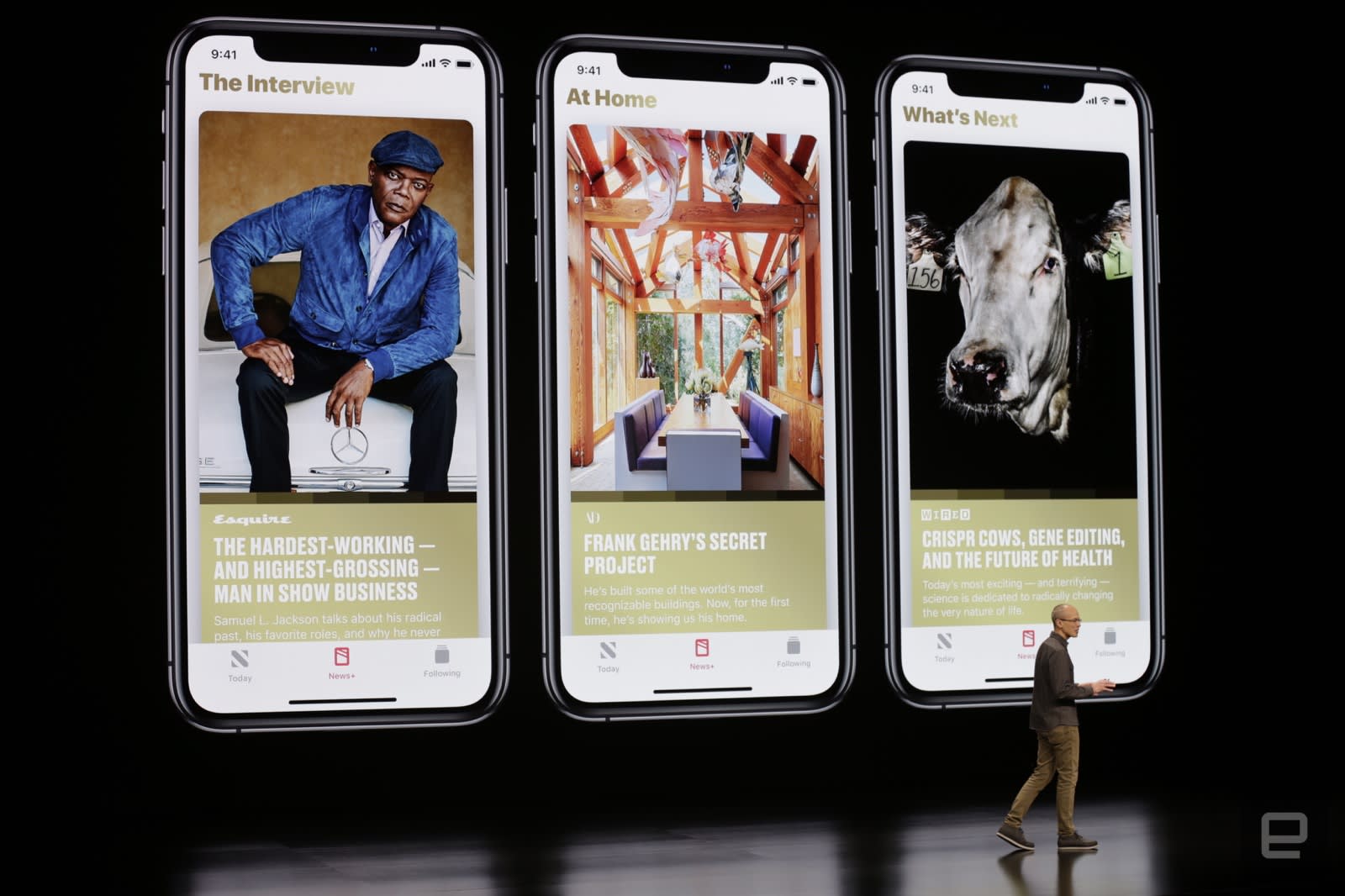 Apple's News+ service might be in line for a shakeup not long after its debut. Business Insider sources claim that publishers' revenue from News+ is well below what Apple was projecting (ten times what Texture was generating), and that it's promising improvements to the experience for both readers and publishers. It's hoping to make News+ "more intuitive," for instance, and that could include clearer labels for paid articles. Right now, you typically have to look for a small "News+" icon next to headlines on articles that otherwise look like their free counterparts.

It's not clear just how Apple would address publisher issues. However, they've expressed desires to both encourage longer reading sessons (since the publishers are paid based on time spent) and simplifying the conversion of magazines to Apple's format.

The service has faced challenges from the get-go, if you believe rumors. The company didn't reach deals with major news publishers like the New York Times and Washington Post, reportedly due to concerns about the revenue split and a loss of control. And while the app to use it now ships with millions of devices, it's iOS- and Mac-only -- unlike Apple Music, there's no Android or Windows clients. As such, it's a tough sell if you aren't both an Apple devotee and an avid magazine reader. The proposed interface and publisher changes won't address those questions, but they could represent an important step.

In this article: apple, gear, internet, ios, ipad, iphone, mobile, news, news+, services, subscription
All products recommended by Engadget are selected by our editorial team, independent of our parent company. Some of our stories include affiliate links. If you buy something through one of these links, we may earn an affiliate commission.