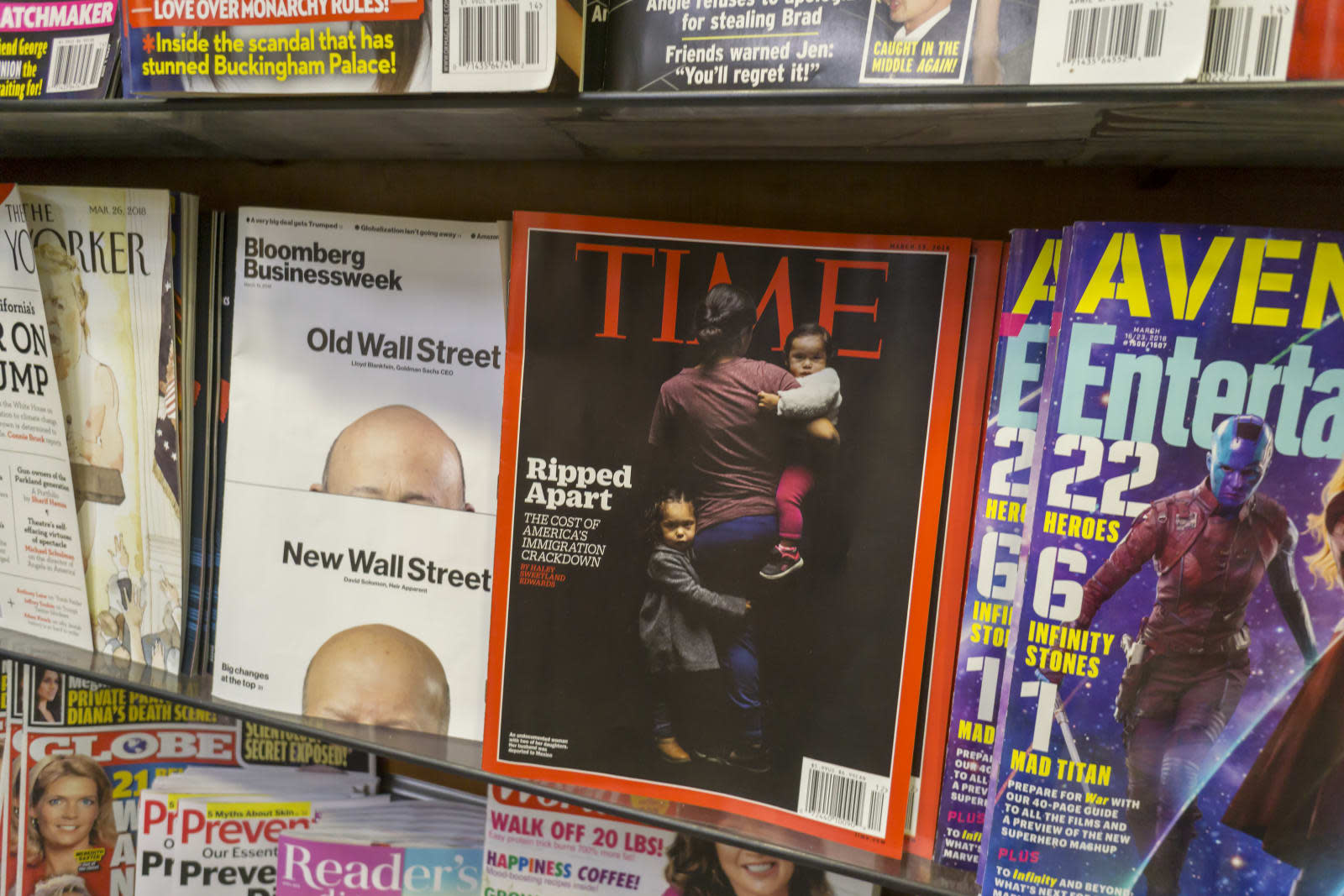 Apple may launch a new version of Texture, a magazine subscription app it bought in March, in the spring. However, publishing executives are reportedly wary of including their products in the service and potentially losing revenue to Apple's all-in-one model.

Texture, which provides subscribers with Netflix-esque unlimited access to more than 200 magazines for $10/month, is likely to evolve into a premium feature within Apple News, according to Bloomberg. Apple is reportedly redesigning Texture so that articles have perhaps more of a screen-friendly look -- magazines typically appear in the app in the same way they do in print.

It's also said to be trying to persuade newspapers including the New York Times, Washington Post and Wall Street Journal to sign up. Some publishers think that by granting Apple access to their magazines or newspapers, they could lose out on revenue if their subscribers move to Texture. The service is cheaper than NYT or WSJ subscriptions, for instance. Media companies could also lose out on their direct relationship with readers.

According to Bloomberg, Apple has held meetings with publishers to lay out the case for Texture and soothe fears that it would whisk away media companies' own subscribers. It suggested that a boom in Texture users could earn them more revenue than they receive from their own subscription services. When Apple bought Texture, the app reportedly had around 200,000 users, so there's plenty of capacity to rack up more subscribers.

Apple has suggested Texture has similar growth potential to Apple Music, which now has more than 50 million subscribers. Apple News, the news curation app that's preinstalled on many iOS devices, has 90 million regular readers. With the right marketing tactics, it's not difficult to imagine Apple persuading many of those users to at least try Texture. That said, perhaps Apple would find it easier to bundle news, music and its upcoming TV shows into a single package, as has been rumored.

In this article: apple, applenews, gear, magazines, media, newyorktimes, services, subscription, subscriptionservice, texture, wallstreetjournal
All products recommended by Engadget are selected by our editorial team, independent of our parent company. Some of our stories include affiliate links. If you buy something through one of these links, we may earn an affiliate commission.