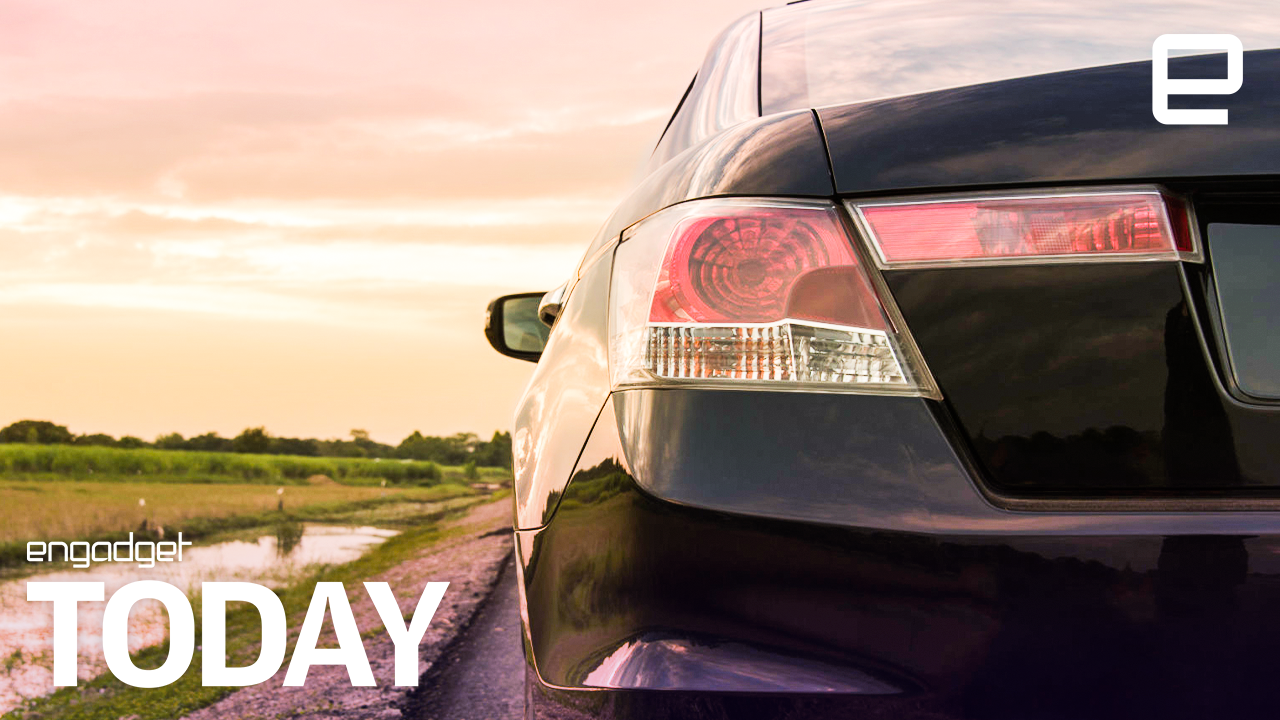 Apple once dreamed of self-driving cars with retractable bumpers. In 2015, the company filed a patent for "extendable bumpers" with the US Patent and Trademark Office. The patent was published this morning, but even if Apple were once serious about adding inflatable bumpers to its vehicles, the company has since pivoted and scaled back its Project Titan self-driving vehicle efforts.

The patent details an extendable bumper with an inflatable bladder behind it. The bumper could be positioned flush with the vehicle, or when the bladder inflated, the bumper would extend forward. To retract, the bumper would rely on a spring mechanism, and the inflatable bladder would be stored in a hollow space inside the vehicle. As AppleInsider points out, this design would offer a unique aesthetic, as well as advantages like being able to retract the bumper to fit into tight parking spaces. Plus, a bumper supported by an air cushion could provide added protection in a collision.

While the patent is novel, it's more an indicator of the kinds of things Project Titan dreamed up than it is a promise of any future product. In 2016, Apple shifted its focus from building an entire car to developing self-driving tech, and earlier this year, the company laid off 190 Project Titan members. Still, the company has continued to make high-profile automotive hires, including Andrew Kim, formerly of Tesla and Microsoft, and Doug Field, a former Tesla engineer. There's a chance this idea lives on in some form.

In this article: AOLoriginals, apple, bumper, business, daily show, design, engadget, Engadget Today, engadget video, entertainment, gear, patent, project titan, retractable, self-driving, self-driving car, tomorrow, transportation, us patent and trademark office, vehicle, gaming
All products recommended by Engadget are selected by our editorial team, independent of our parent company. Some of our stories include affiliate links. If you buy something through one of these links, we may earn an affiliate commission.