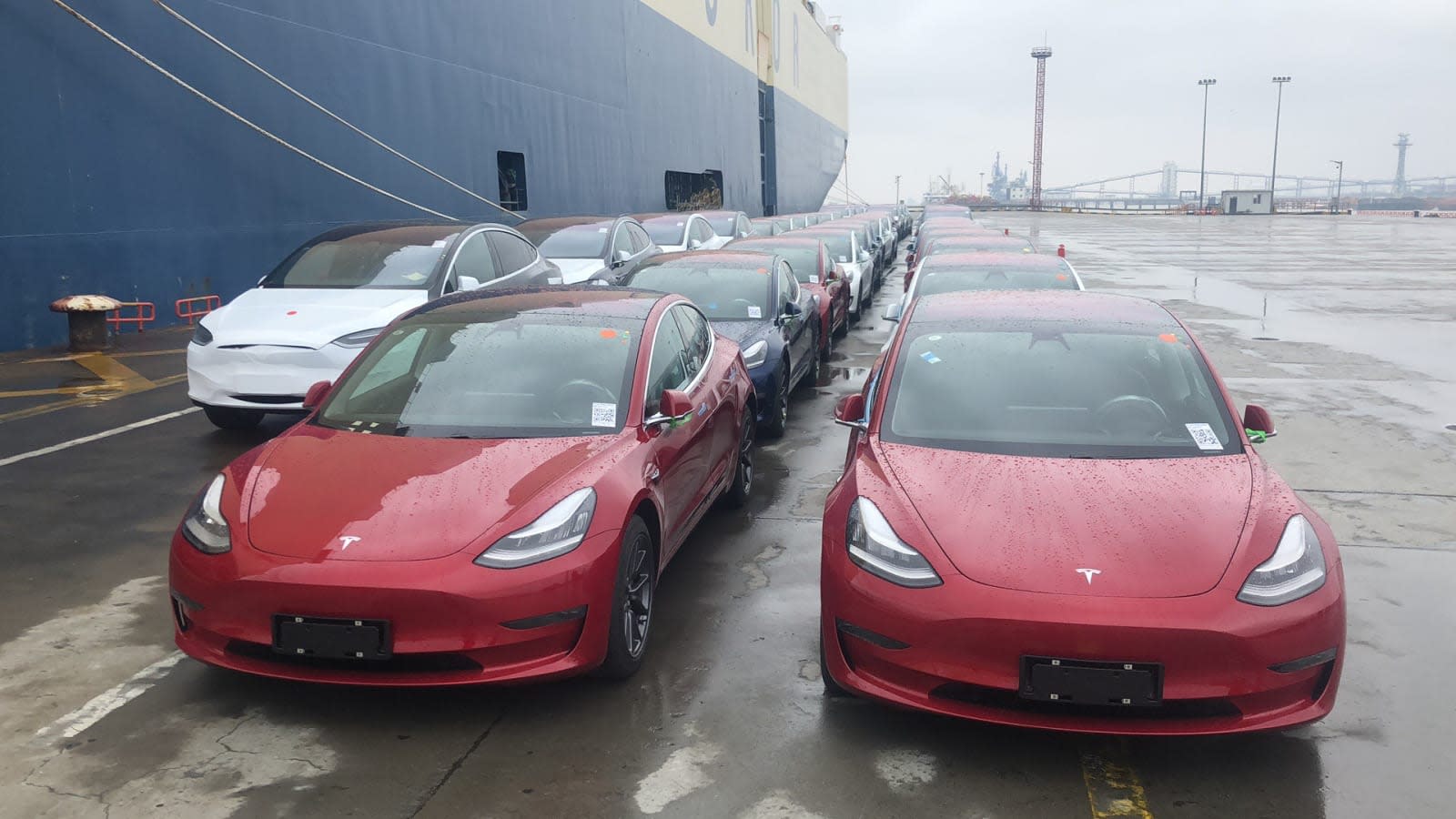 Tesla didn't have the greatest start to 2019, but it's looking rosier toward the middle of the year. The company set records for both production and deliveries in the second quarter, having made 87,048 electric cars and delivered 95,200 of them during the three-month span. Those are large strides compared to both the last quarter (77,100 made and 63,000 delivered) and a year earlier (53,339 made and 40,740 delivered), and leave Tesla with a nicer problem than it has had in recent times: a growing production backlog.

The company didn't directly explain the surge, but the Model 3's availability in the UK may have helped along with continued interest from mainland Europe and China. The Model 3 was undoubtedly the star of the show with over 77,550 deliveries compared to 17,650 for the Model S and Model X combined.

These figures don't say whether or not Tesla turned a profit thanks to the higher production, but the company touted streamlined logistics and deliveries that helped it fulfill demand while keeping costs in check. This might represent a return to form, which is no mean feat when Tesla doesn't have the benefit of tax incentives like it did in 2018.

In this article: car, cars, deliveries, electric car, electric vehicle, ev, gear, green, model 3, model s, model x, production, q2 2019, tesla, transportation
All products recommended by Engadget are selected by our editorial team, independent of our parent company. Some of our stories include affiliate links. If you buy something through one of these links, we may earn an affiliate commission.