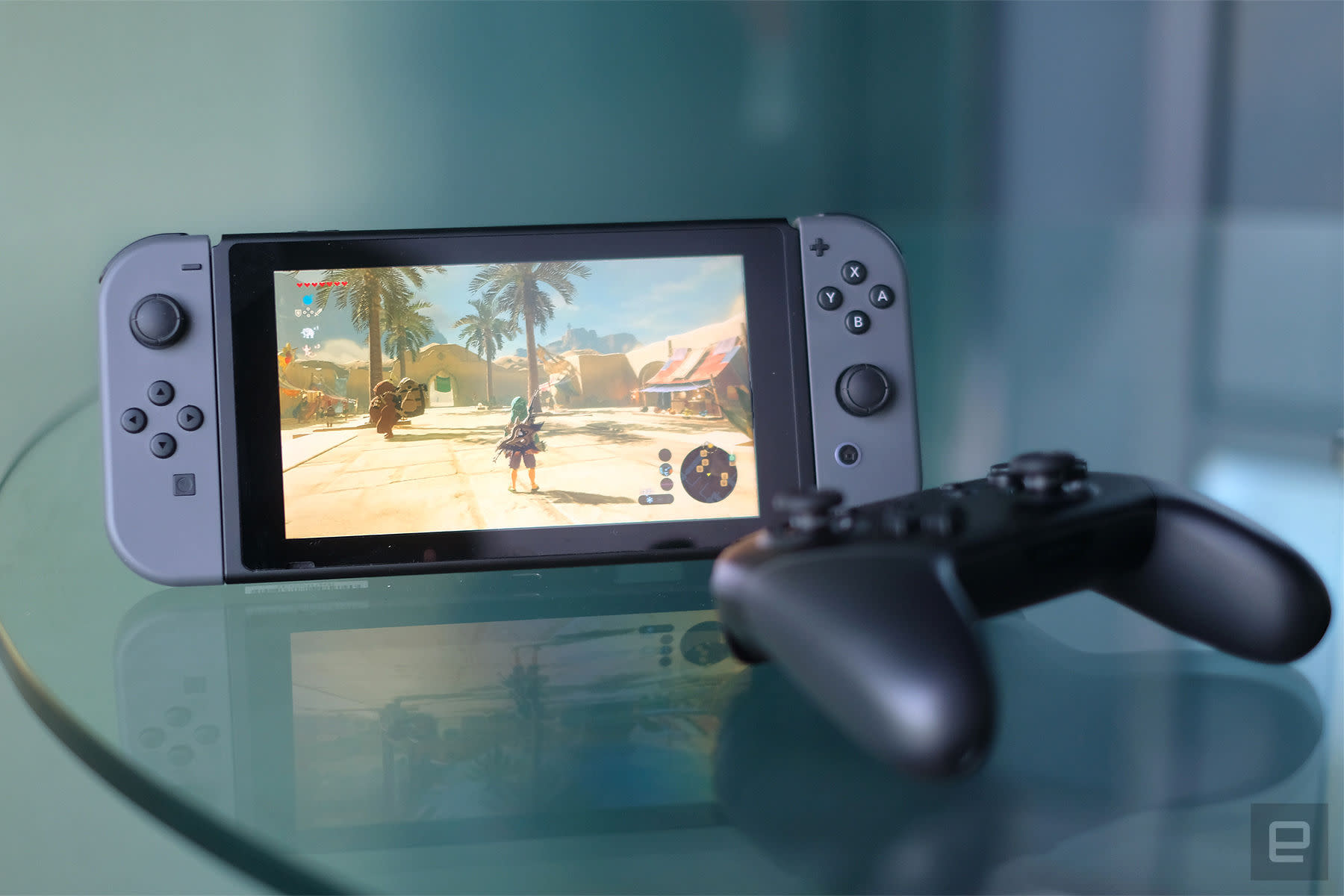 The hybrid console goes from strength to strength.

However, the Switch's online store isn't the easiest to navigate, so this guide aims to help the uninitiated start their journey on the right foot. These are the games you should own — for now. This is our first wave of updates, and we'll be regularly revising this list moving forward.

Studio MDHR's Cuphead has been a favorite of ours since its launch on Xbox One back in 2017. It's as beautiful as it is challenging — and it's very beautiful. Half bullet-hell shooter, half platformer, half classic boss rush... wait that's too many halves. Either way, Cuphead pulled in basically everyone with its charming, hand-drawn visuals that look like they're straight out of the 1930s. It then kept them around with tough-as-nails gameplay which somehow never feels unfair. It has some of the most memorable boss fights you're ever likely to have — Cala Maria is our favorite — but what will stay with you the most is that feeling of finally beating the one you get stuck on, 273 deaths later. The Switch version simply takes everything that's good about Cuphead and puts it on a system you can take anywhere. AS

Buy Breath of the Wild from Amazon ($50)

Mario Kart 8 Deluxe's vibrancy and attention to detail prove it's a valid upgrade to the Wii U original. Characters are animated and endearing as they race around, and Nintendo's made bigger, wider tracks to accommodate up to 12 racers. This edition of Mario Kart included gravity-defying hover tires and automatic gliders for when you soar off ramps, making races even more visually thrilling, but at its core, it's Mario Kart — simple, pure gaming fun. It's also a great showcase for the multitude of playing modes that the Switch is capable of: Two-player split screen anywhere is possible, as are online races or Switch-on-Switch chaos. For now, this is the definitive edition. MS

The visuals of this Ubisoft-Nintendo collaboration betray a sophisticated, turn-based strategy game. Mario + Rabbids' learning curve is perfect, with the story mode adding new characters and unlocking better, different weapons and skills as the game progresses. Skills (and weapon effects) playfully interact with each other by the middle of the game, adding dimensions to the initial cover-based shoot-out. Each level has a goal (destroy all enemies, get to this area), and you're rated only by the survival rate of your three fighters and the number of turns it takes to fulfill said goal. Parts of the single-player mode are weaker, but the core game is equal parts entertaining and slick. There's also a rich multiplayer mode to add to the longevity. MS

Sometimes all you want to do is just water some plants, drink a beer and pet a dog, and Stardew Valley has all that and more. When you escape your mundane office job to the valley, you're given a small farm to shape as you see fit with crops and livestock. If you get tired of that, explore the nearby Pelican Town, get to know your neighbors and hopefully woo one lucky one into marriage. Or, you can take your chances in the caves at the edge of town to mine for gems and metals — at which point the game becomes more dungeon crawler than simple farming sim. You can play Stardew Valley at your pace, so you can spend hours on it and never get bored, or put it down for months and pick it up again and just start watering your crops again like no time has passed. KN