They can earn extra revenue directly from fans and new ad placements.

As VidCon gets ready to take place between July 10th and 13th in Anaheim, California, Facebook has news to share with its creator community. The company has announced that it is introducing more ways for them to earn money on its site, starting by giving them the ability to choose better placement for ads in their videos. Facebook says that, in order to better support videos that may not have "a natural break for ads," creators will now have the choice to include non-interruptive advertising formats, such as pre-roll or image-based ads. This could come in handy on videos that are particularly short, for instance.

Additionally, creators on Facebook now have the ability to offer access to supporter-only Groups for a monthly fee, as part of a new "fan subscriptions" feature. In exchange, viewers can interact with creators in a more private space, where Facebook says it hopes people can "form deeper communities and stronger bonds" with one another. These paid Groups, which are similar to what Facebook began testing in June, are intended to drive the company's fan subscriptions forward, both for creators and viewers. Creators can use this service to offer special rewards to people willing to pay a few dollars per month for their content, including merchandise discount codes and exclusive streams on Facebook Live.

But that's not it, as Facebook is testing even more ways to let creators make money directly from their hardcore fans. Facebook Stars (pictured above) was originally designed for the gaming community on Live, but the company is now going to allow a small set of video creators outside of that to receive one-time support from people. To give you some context, fans can buy packs of as little as 100 Stars for $1.40, and creators will get one cent per Star -- Facebook charges more per pack on mobile, but that's to compensate for the the 30 percent charge for in-app purchases from Apple and Google. 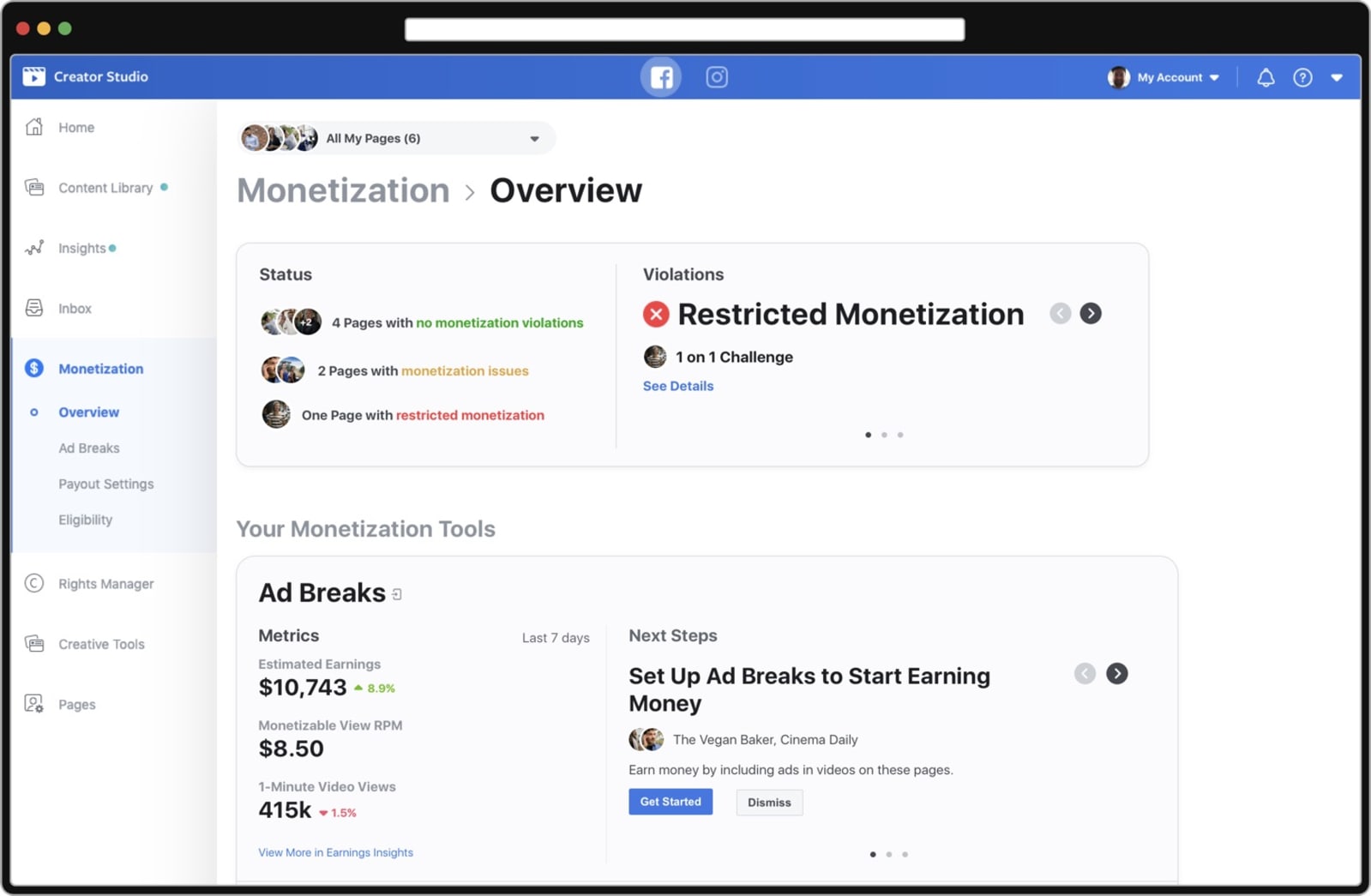 Lastly, Facebook is giving creators new tools to better track and manage their audience engagement. They can start sharing their fan demographic with brands for improved ad-targeting and ensuring that their partnerships are reaching their right audience, all through the Brands Collab Manager feature that was revealed at last year's VidCon. And with updates to Creator Studio, which lets creators monitor, tweak and monetize their posts, they can now get a single view of where their money is coming from, be it from Facebook and, thanks to a new integration, Instagram or IGTV.

If these changes sound similar to YouTube's efforts with Channel Memberships, Sponsorships and more, that's because they are on the same wavelength. After all, it's no secret Facebook desperately wants to lure creators from the Google-owned video site -- and this is just another move from Zuckerberg and company to try to do exactly that.