Facebook is bringing Ad Breaks (the ads you see in the middle of videos on the platform) to 21 more countries, with support for five more languages. Alongside the global rollout of Facebook Watch, Ad Breaks expanded beyond the US last month to the UK, Ireland, Australia and New Zealand. 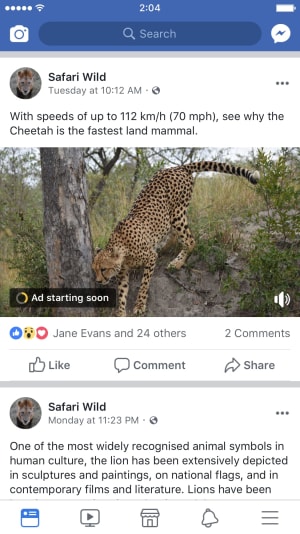 Facebook has also refreshed Creator Studio to let publishers and creators who want to join Ad Breaks track how close they are to being eligibile -- they need to meet follower and video view thresholds, and abide by Facebook's overall monetization policy. They can also see if policy violations are affecting their ability to earn money through their pages, with a list of some of the violations and the option to appeal some of them directly from said list.

Turn on browser notifications to receive breaking news alerts from Engadget
You can disable notifications at any time in your settings menu.
Not now
All products recommended by Engadget are selected by our editorial team, independent of our parent company. Some of our stories include affiliate links. If you buy something through one of these links, we may earn an affiliate commission. All prices are correct at the time of publishing.
View All Comments
Facebook expands mid-video ads to 21 more countries