Microsoft has introduced a new Xbox Game Pass feature that can help you remember to play the games you're putting off to finish the one you're on or to give those you've dropped in the past a second chance. You can now add titles from the service's catalog to a "play later" list through the console itself or the Game Pass mobile app. Since it's just a wishlist of sorts, you don't have to download the games the moment you add them -- just download them whenever you're ready to play. 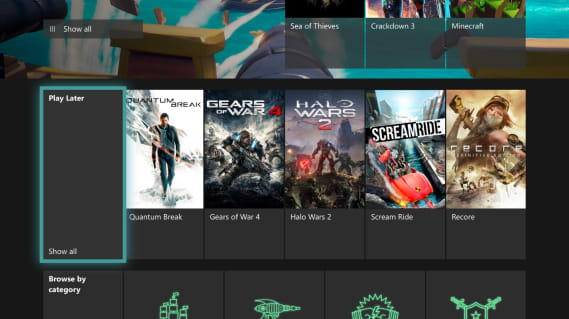 Additionally, Microsoft is rolling out the ability to control Xbox One consoles via Alexa-anabled devices to more countries as part of the July Xbox update. Alexa voice control, which debuted in mid-2018, is now available in Australia, Canada, France, Germany, Italy, Mexico and Spain in addition to the US. Finally, Microsoft has added a handful of new Alexa voice commands to go with the feature's wider rollout.

If you want to know the latest titles added to the service, just ask "Alexa, ask Xbox what's new on Game Pass?" You can now also ask Alexa what your friends are playing and to tell your console to pair with a new controller. All told, the July Xbox update is a bit light for those who've been enjoying Alexa voice control for a while now, but the feature sure sounds like a big addition if you've been waiting for it to become available in your region.

Turn on browser notifications to receive breaking news alerts from Engadget
You can disable notifications at any time in your settings menu.
Not now
All products recommended by Engadget are selected by our editorial team, independent of our parent company. Some of our stories include affiliate links. If you buy something through one of these links, we may earn an affiliate commission. All prices are correct at the time of publishing.
View All Comments
Xbox Game Pass now lets you add titles to a 'play later' list
alexa
gaming
internet
xbox
xbox game pass