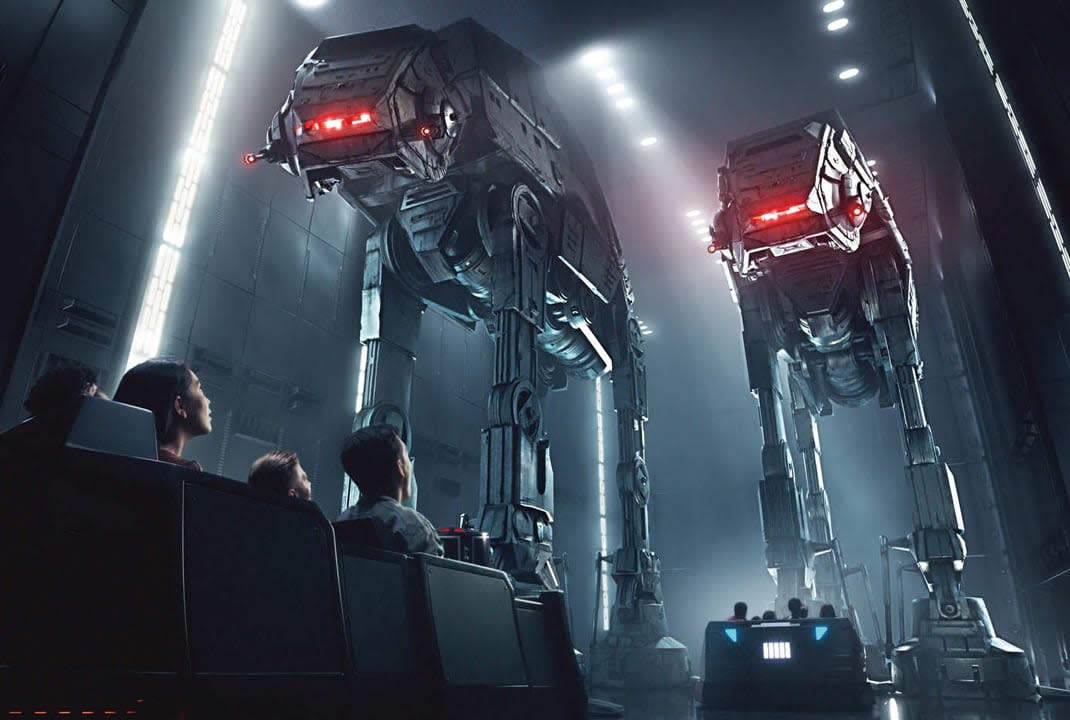 Disney's new Star Wars-theme park, Galaxy's Edge, will get its second ride before the year is up. Today, Disney Parks announced that "Star Wars: Rise of the Resistance" will arrive in Florida at Walt Disney World Resort on December 5th -- Walt Disney's birthday. Immediately after the ride debuts in Florida, the team will head to California, where they'll unveil it at Disneyland Resort on January 17th.

In a blog post, Disney Parks said "Star Wars: Rise of the Resistance" will "blur the lines between fantasy and reality." On the way to join Rey and General Organa at a secret base, visitors will be captured by a First Order Star Destroyer. With the help of Resistance heroes, they'll break out, protect the base and stay ahead of Kylo Ren.

Galaxy's Edge opened this past May, and currently, its only ride is "Millennium Falcon: Smuggler's Run." "Star Wars: Rise of the Resistance" was promised as the other premier ride, and Disney previously described it as "the biggest and most immersive Disney Parks attraction ever." With these two rides in place, the park is beginning to take shape.

In this article: attraction, av, business, disney, disney parks, disneyland, entertainment, galaxys edge, resistance, ride, rise of the resistance, star wars, theme park, Walt Disney World Resort
All products recommended by Engadget are selected by our editorial team, independent of our parent company. Some of our stories include affiliate links. If you buy something through one of these links, we may earn an affiliate commission.