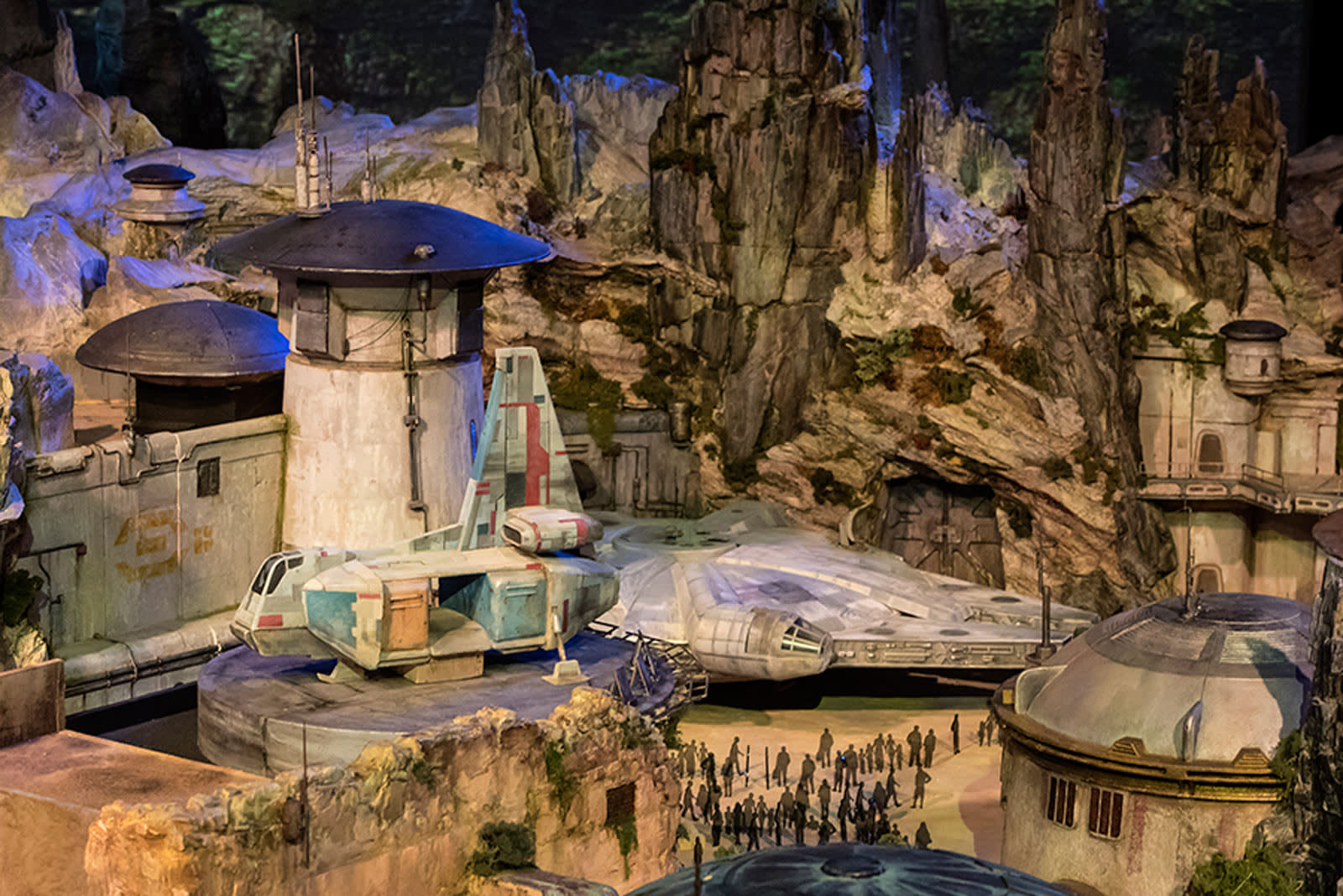 Universal Studios Japan recently released the first trailer for its in-construction Super Nintendo World attraction, and now Disney has gone one better by building an actual physical model showing off its upcoming Star Wars Land (unofficial title). Due to open in 2019 at both Disneyland in California and Disney World in Florida, the new area "will transport guests to a never-before-seen planet" -- which just happens to look like every weathered, forgettable world characters from the films briefly touch down on to get a ship part or intel or what have you.

There should be plenty to do at the "remote trading port" once you've filled your boots with expensive merchandise and your bellies with Yoda burgers. Ride specifics are pretty hazy, but Disney has revealed that visitors will control the Millennium Falcon on a secret mission as part of one signature attraction, while the other main draw will drop guests "in the middle of a climactic battle between the First Order and the Resistance."

Star Tours, a Star Wars-inspired flight simulator, and several other attractions were up and running at various Disney parks long before the company waved a check in front of George Lucas he couldn't pass up. Now Disney owns the rights to the extremely popular franchise, it makes sense to create a more elaborate live experience for fans to visit -- especially after the shot-in-the-arm that was the last two movies. Though a few years off completion, anyone visiting Disney World in the future will be able to kill two film-inspired birds with one stone, diving into the mind of James Cameron through the new World Of Avatar experience.

In this article: av, disney, disneyland, disneyworld, entertainment, starwars, starwarsland, themepark
All products recommended by Engadget are selected by our editorial team, independent of our parent company. Some of our stories include affiliate links. If you buy something through one of these links, we may earn an affiliate commission.