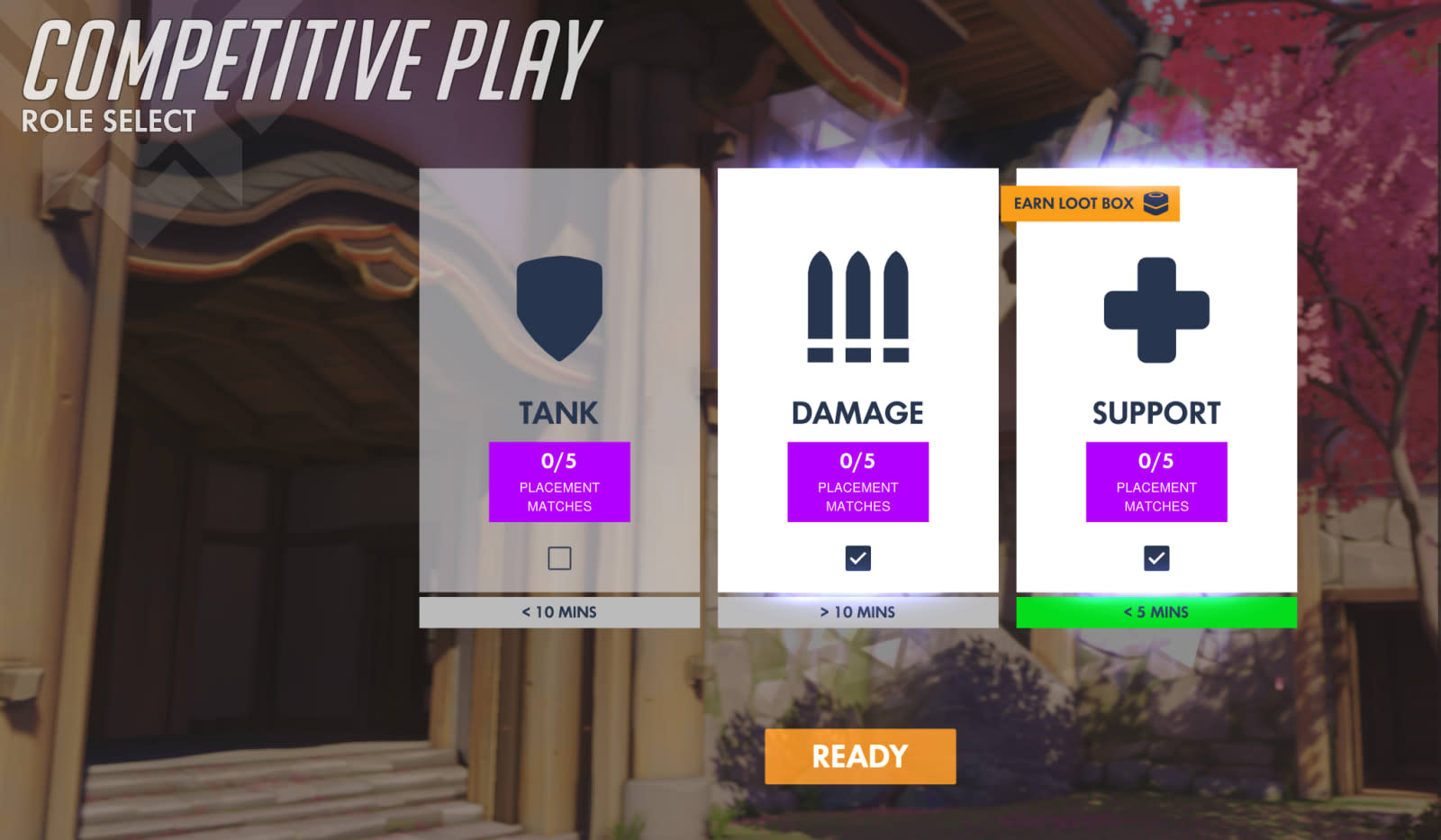 Players have been asking for it for years and finally, it's arrived: Blizzard is introducing Role Queue to Overwatch. From today, players in the PTR will be able to beta test a feature that allows them to choose the role they want to play -- tank, support or damage -- before a match begins. Usually this decision-making happens in a fairly fraught 40 seconds before a match starts, as everyone selects their heroes and responds to other players' role choices -- so it's not uncommon to feel bummed out as a team comes together.

But now, if you're in competitive or quick play, you can choose your role before the game starts and the system will match two tanks, two supports and two damage heroes to create a team. Each of the roles has its own queue, and you'll be able to see estimates for the wait times for each -- this will generally be down to the number of players queuing for a particular role. There may also be rewards on offer to help balance out the distribution of players.

Blizzard has also made a couple of other tweaks to ensure matches remain as fair as possible. Players will earn a separate skill rating for each role in competitive play and be assigned a tier per role based on that rating -- bronze, silver, gold, platinum, diamond or grandmaster. This will help the matchmaking system create teams on an evenly skilled basis. Role Queue will affect hero balance, especially for heroes such as Brigitte who is most potent as a third Healer or Tank. As such, Blizzard is updating Brigitte's kit to provide more healing overall while decreasing her survivability to help solidify her as a support hero.

The feature is currently available on the public test region on PC, and will be coming to live servers starting with a Role Queue beta season in Patch 1.39. It'll be fully available for quick and competitive play from September 1st for the start of Competitive Season 18.

In this article: av, Blizzard, damage, gaming, hero, Overwatch, personal computing, personalcomputing, role queue, support, tank
All products recommended by Engadget are selected by our editorial team, independent of our parent company. Some of our stories include affiliate links. If you buy something through one of these links, we may earn an affiliate commission.