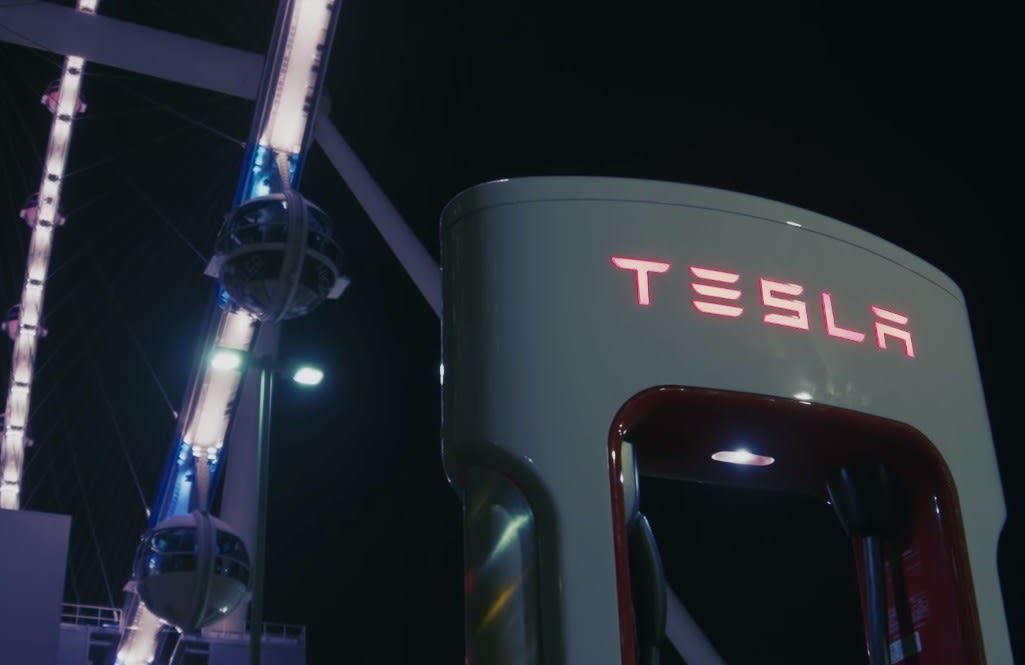 Tesla is opening a V3 Supercharger station right on the Las Vegas Strip. The automaker released a video today with more details about its newest charging site, located next to the LINQ hotel's High Roller ferris wheel. Drivers can take advantage of Tesla's latest charger, which has a charging capacity of 250 kW (a rate which adds 75 miles to a long-range Model 3 in 5 minutes). Unveiled earlier this year, the company claims its next generation model can cut down average charging time by 50 percent.

In line with founder Elon Musk's promise to take Supercharger stations off the grid, the Las Vegas site will rely on a combination of solar and battery power. A solar array will power the site during the day, and Powerpacks will provide energy at night. The station will contain a total of 24 stalls and 15 Wall Connectors.

The new V3 site will be capable of serving 1,500 owners per day -- a significant increase in capacity given that the city's Supercharger stations see about 6,500 sessions on average per month. While Sin City is still behind cities like San Diego and Los Angeles in electric vehicle ownership, a 2016 ChargePoint report listed it as the fastest growing city for sales. And with Tesla's Gigafactory 1 in Reno, it's clear that Nevada will play a huge role in the automaker's future.

In this article: electric vehicles, las vegas, supercharger, tesla, tomorrow, transportation, v3 supercharger
All products recommended by Engadget are selected by our editorial team, independent of our parent company. Some of our stories include affiliate links. If you buy something through one of these links, we may earn an affiliate commission.