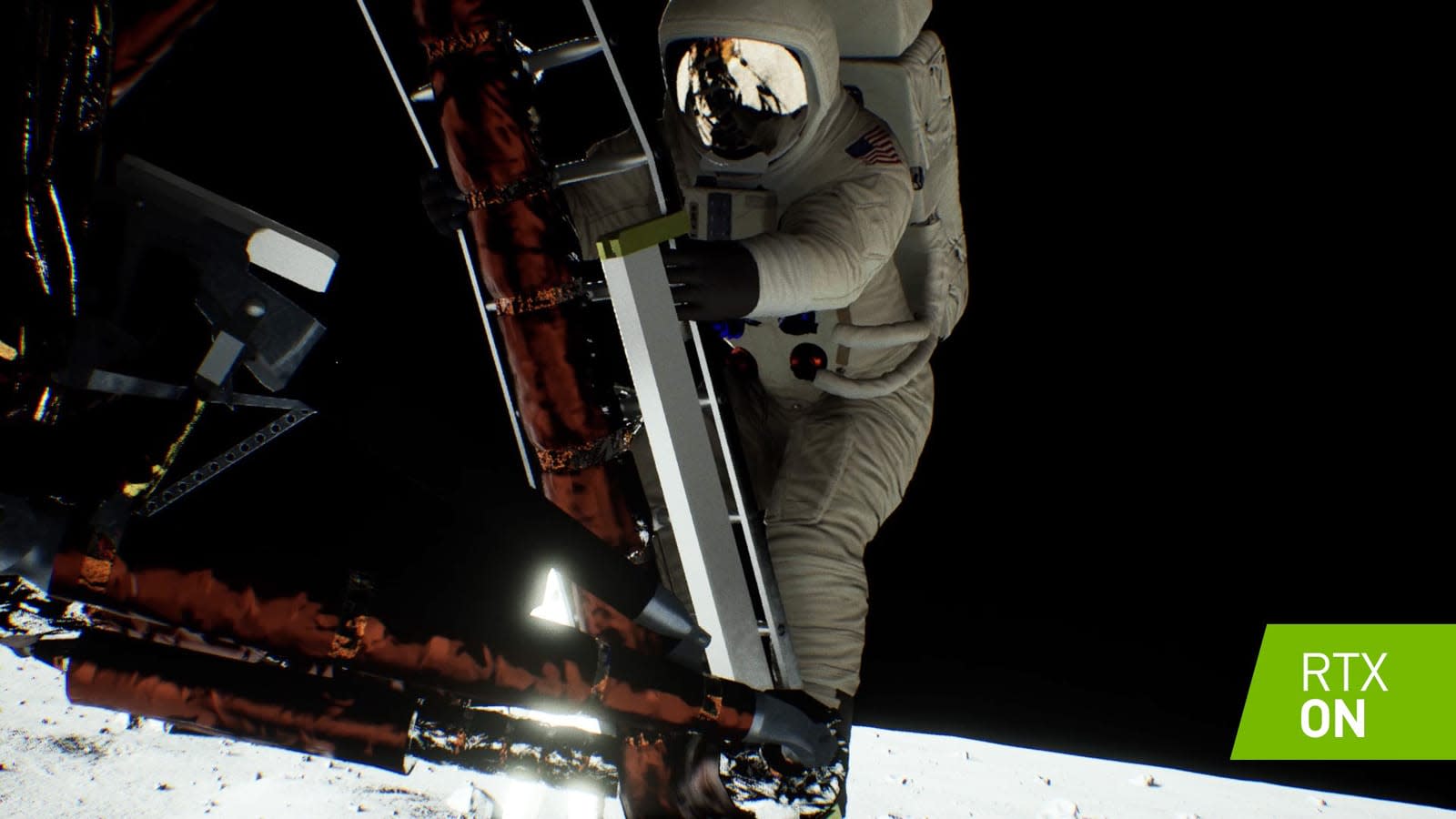 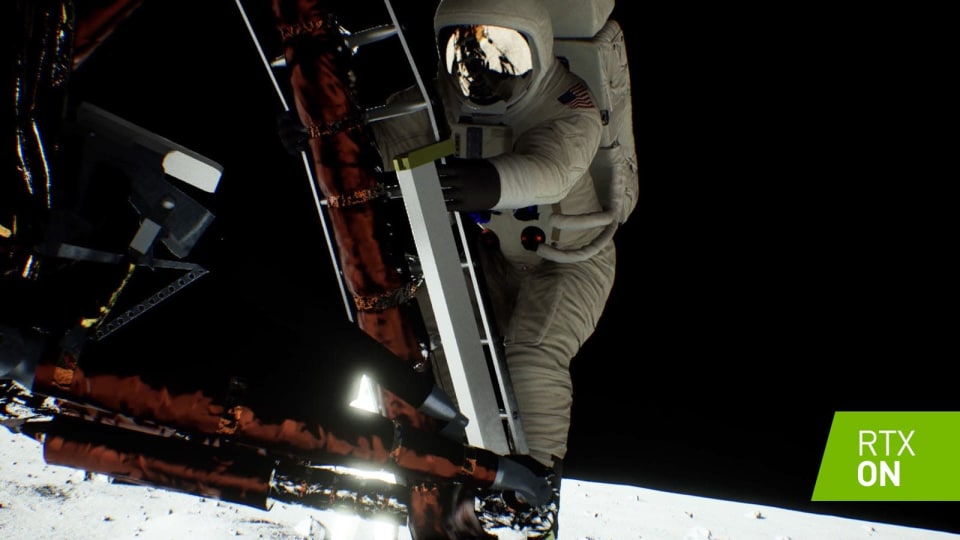 You knew NVIDIA couldn't resist reviving its GPU-based Apollo 11 recreation for the Moon landing's 50th anniversary. Sure enough, the tech firm has updated the demo to take advantage of its RTX ray tracing technology, allowing a more faithful rendition of the moment Buzz Aldrin followed Neil Armstrong to the lunar surface. The biggest improvement, as you might suspect, is the lighting. Real-time raytracing captures how the Sun's rays bounced off the lunar lander and even the spacesuits -- the glowing highlights and varied shadows are closer to what you saw in the TV footage and photos than the slightly dulled look of the 2014 demo.

And yes, this is another jab at those people still convinced the Moon landing was a hoax. Ray tracing calculates the path of light rays as they bounce around an environment on the way to your point of view, and that means factoring in the position of the Sun and its effect on the environment. Yes, natural lighting did produce the effect you saw in the real footage.

This is ultimately NVIDIA's pitch for its RTX-equipped GeForce and Quadro chipsets, and it's hard not to be at least a bit cynical about it. At the same time, it does show how far PC graphics technology has come in the space of five years. You can reproduce even the subtler elements of a historic scene, in real time, on hardware you might already have at home. 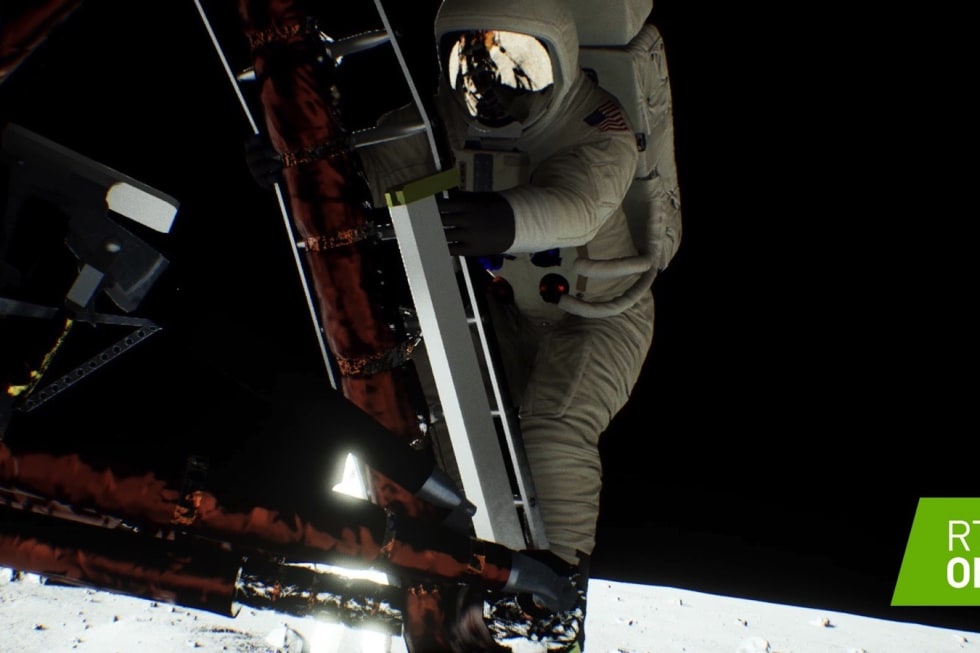 4
In this article: apollo, apollo 11, gaming, gear, geforce rtx, gpu, moon, nvidia, personal computing, personalcomputing, ray tracing, rtx, space, spaceflight, video
All products recommended by Engadget are selected by our editorial team, independent of our parent company. Some of our stories include affiliate links. If you buy something through one of these links, we may earn an affiliate commission.