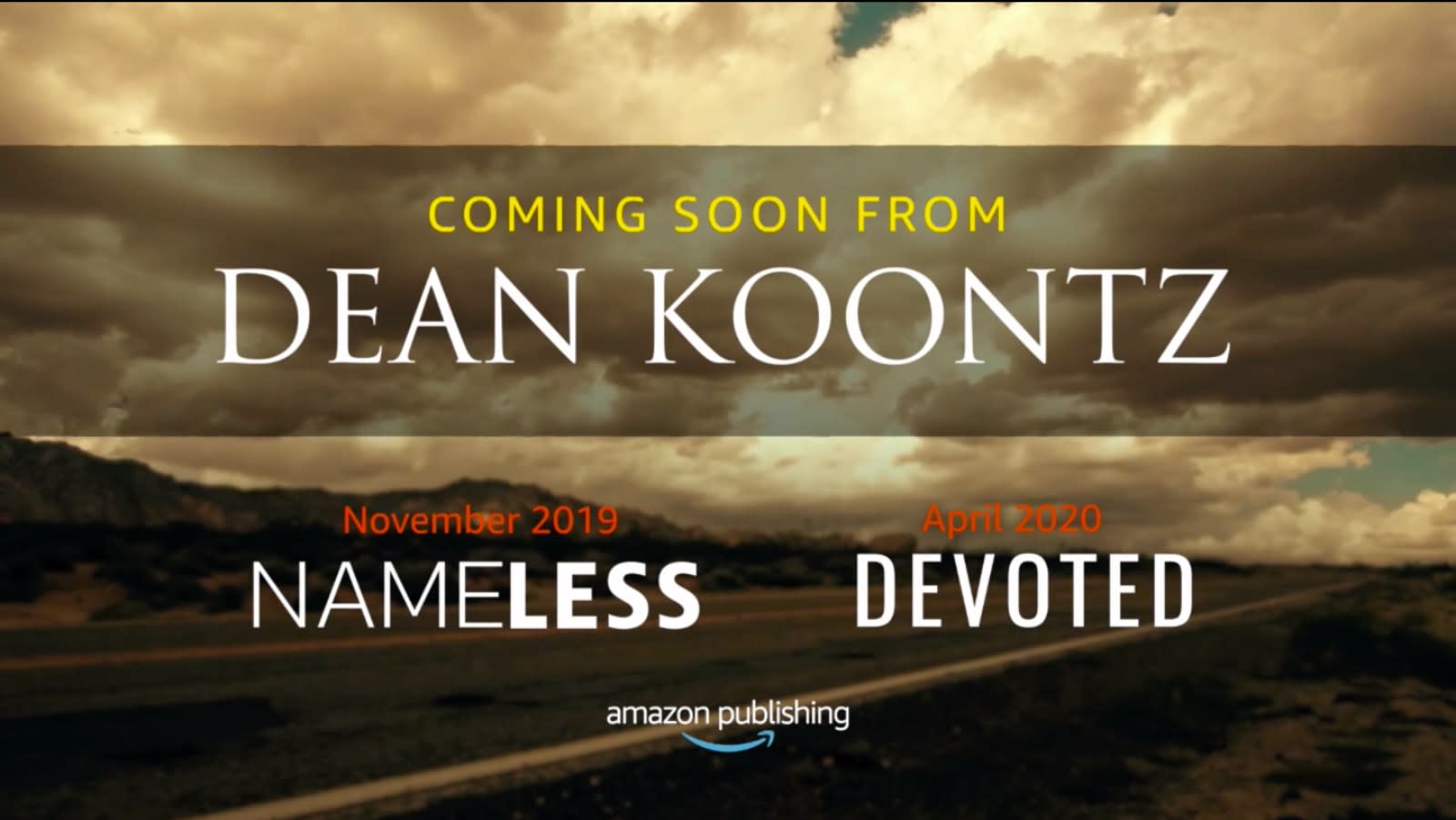 Amazon announced today that it inked best-selling author Dean Koontz to a five-book deal. The agreement will also include a short story collection called Nameless that will be available for free to Amazon Prime and Kindle Unlimited customers on November 12th as a Kindle eBook and Audible audiobook. The first full-length novel in the five-book run will be titled Devoted and is set to be available next spring.

According to Amazon, Devoted will tell the tale of Megan Bookman, an artist who is left a widow after her husband is murdered. Her son Woody, a person with autism, is set upon seeking vengeance against his father's killer. The two are also accompanied by a golden retriever named Kipp who is a part of a small collective of dogs that are self-aware and possess other gifts. The trio, along with their extended family, have to stick together as they are forced to confront a threat that could spell an end for all of humanity.

In addition to Devoted, Koontz will also release his short thriller collection Nameless through Amazon. It will include six short stories that follow an amnesiac vigilante called Nameless as he travels from town to town, taking down criminals that the law has failed to act against.

In this article: amazon, Amazon Original Stories, amazon publishing, av, Dean Koontz, entertainment, thomas & mercer, thomas and mercer
All products recommended by Engadget are selected by our editorial team, independent of our parent company. Some of our stories include affiliate links. If you buy something through one of these links, we may earn an affiliate commission.