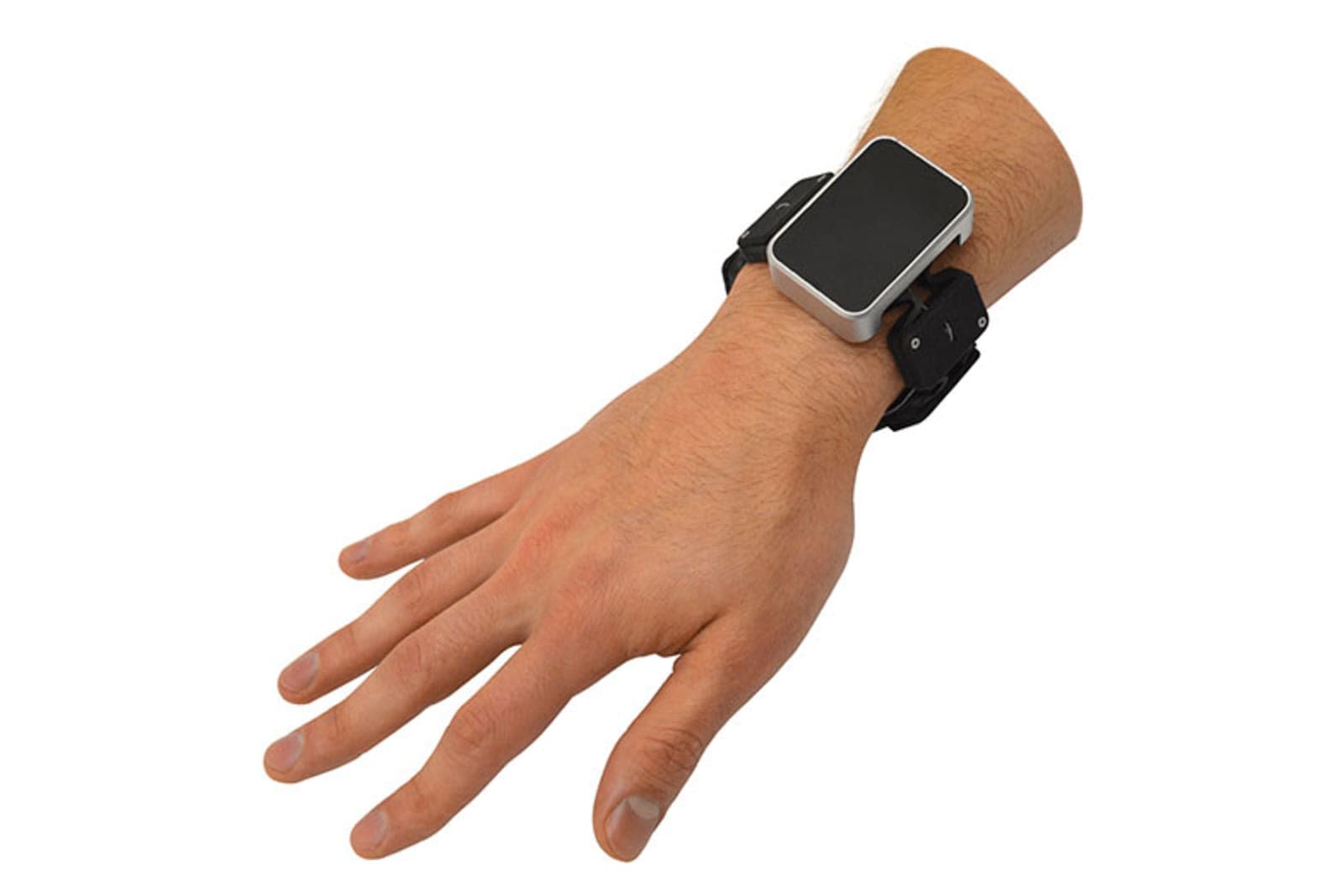 If VR is ever going to go mainstream, it's going to need to ditch the bulky accessories while still letting people interact with the virtual world. It's an idea that researchers at Facebook's Reality Labs are developing with a prototype called Tasbi. The device is a chunky, wrist-worn haptic bangle that uses a combination of squeezes and vibrations to let you "feel" what you're doing in-game.

As explained by UploadVR, the idea is that you'd wear one Tasbi unit on each wrist, letting you get a sensation when you pick up objects, push buttons or touch a surface. Apparently, even though your fingers aren't touching anything, Tasbi is smart enough to make you think you are. Sadly, Tasbi doesn't do hand / finger / skeleton tracking, and so would have to be combined with a computer vision sensor.

It remains to be seen if Tasbi would work for everyone, and Facebook promises to publish its research paper on the device in the near future. But it's heartening to know that companies are looking at ways to bridge one of the biggest divides between us and what we see on screen. Although, in the near future, it's likely that we'll be using gloves, similar to those made by Bebop, to feel things that aren't there.

In this article: AR, av, Facebook, gear, Haptic, Oculus, Reality Labs, Tasbi, VR, wearables, Wristband
All products recommended by Engadget are selected by our editorial team, independent of our parent company. Some of our stories include affiliate links. If you buy something through one of these links, we may earn an affiliate commission.