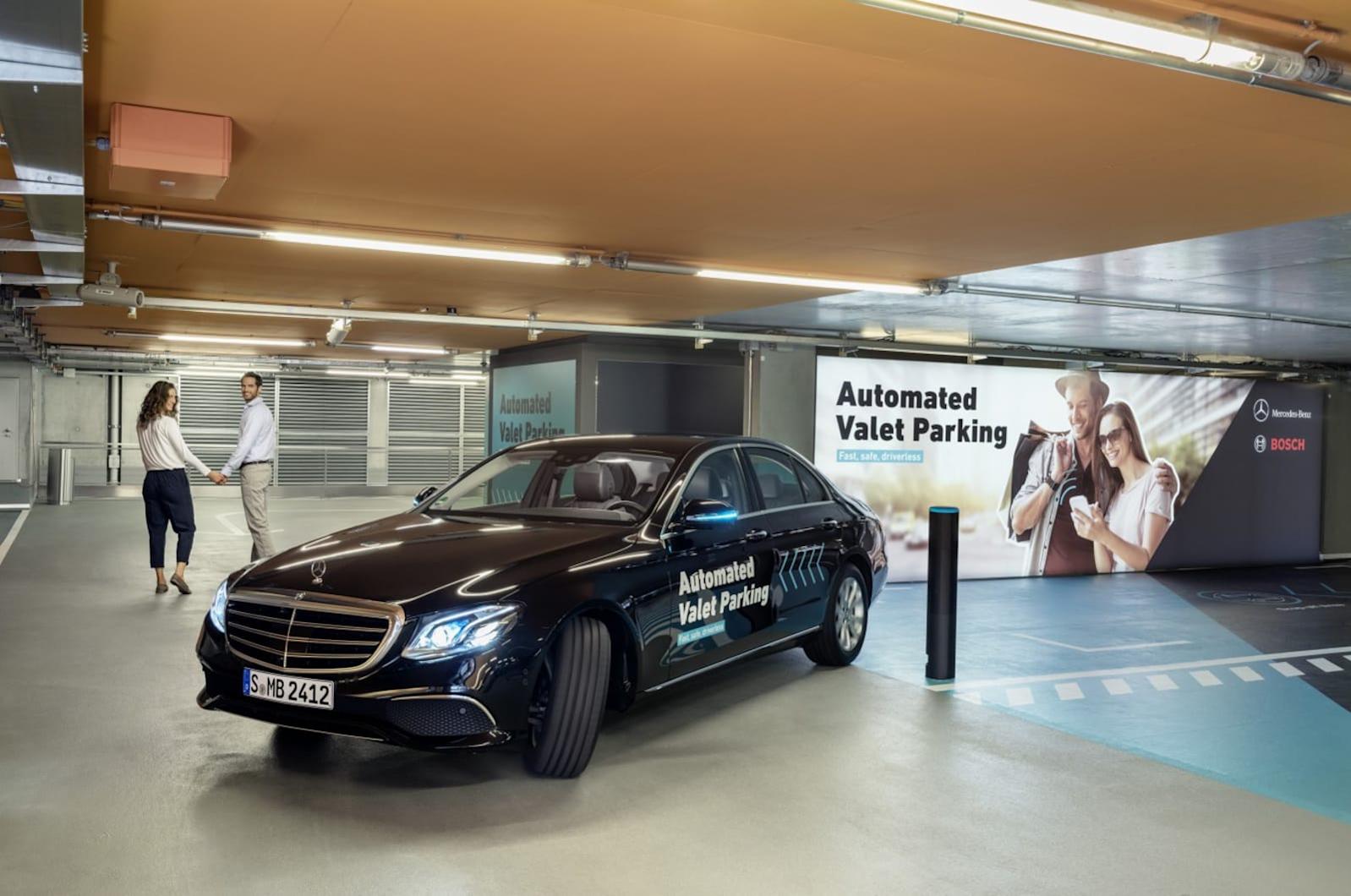 Daimler has plans for self-driving trucks, autonomous taxis and cars that drive themselves on the autobahn. Now, it's moving forward with its vision to bring fully automated, driverless parking to the Mercedes-Benz Museum parking garage in Stuttgart, Germany. The system, a joint effort with Bosch, will allow visitors to park their autonomous vehicles with a few taps of an app.

It works like a kind of automated valet service. When Mercedes-Benz autonomous vehicles arrive at the garage, the driver will step out and direct the car to park itself via an app. Bosch sensors installed throughout the garage will give the vehicle the info it needs to navigate its surroundings. When the driver returns, the car will drive itself back to the drop-off location.

The system has been in development since 2015, and in the summer of 2017, the Mercedes-Benz Museum hosted a pilot of the program. Since 2018, visitors have been able to use this feature, but only with a safety driver riding along. Today, Daimler and Bosch announced they've received approval from the local authorities. The approval will allow the companies to fully launch the technology, and they hope it might inform testing and approval processes for future autonomous vehicle programs.

In this article: approval, autonomous, autonomous vehicles, bosch, business, Daimler, gear, mercedes-benz, museum, parking, parking garage, self-driving, Stuttgart, tomorrow, transportation, valet
All products recommended by Engadget are selected by our editorial team, independent of our parent company. Some of our stories include affiliate links. If you buy something through one of these links, we may earn an affiliate commission.