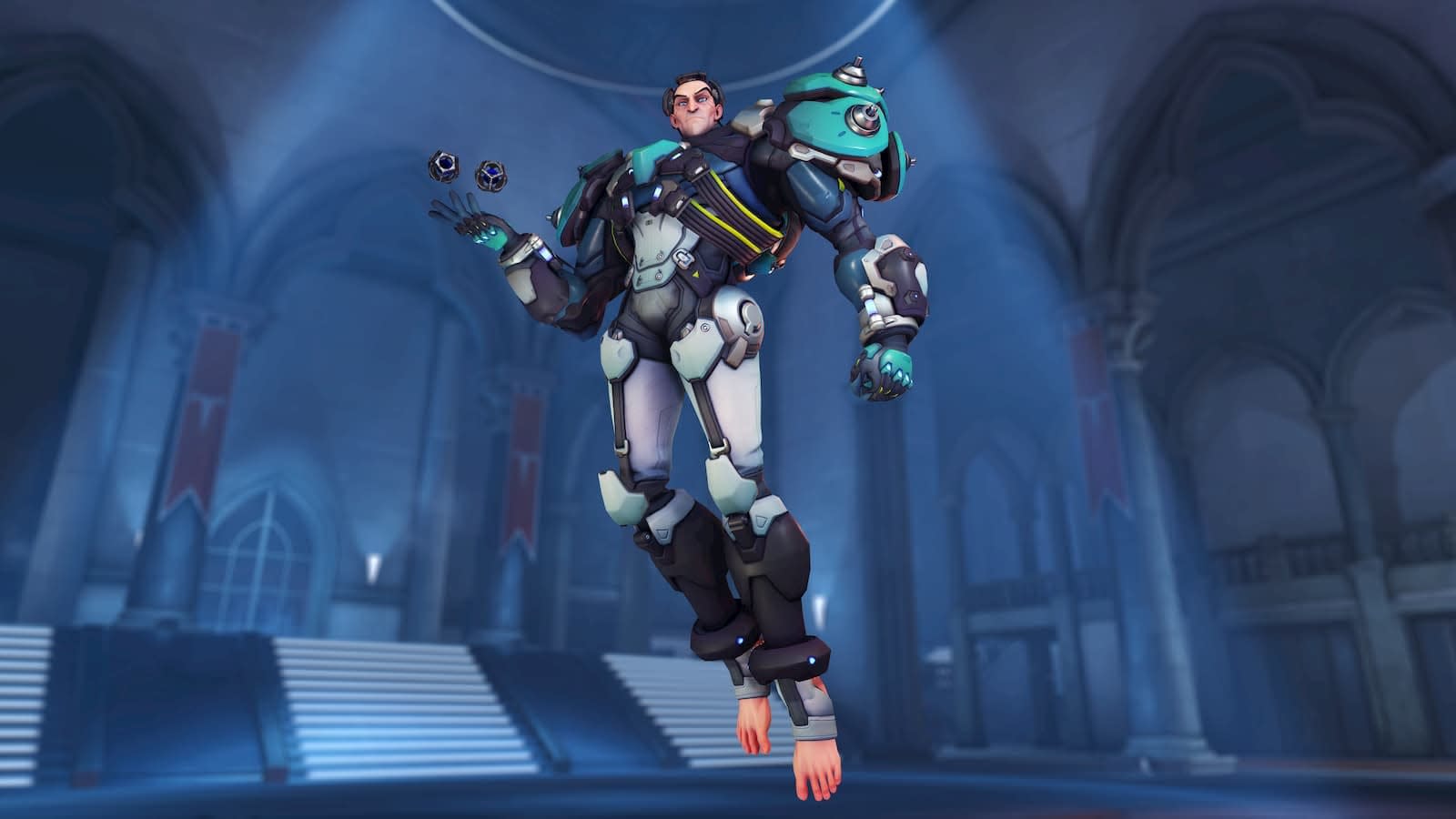 Blizzard announced the latest Overwatch hero, Sigma, on Monday and now it's revealed more details about the newest addition to the tank roster. The 62-year-old's real name is Siebren de Kuiper, and he's a Dutch astrophysicist and professor.

He suffered "serious psychological damage" during an experiment gone wrong. Deemed a threat to humanity, Sigma was locked up in a secret government facility before the terrorist group Talon freed him years later and deployed him as a weapon.

But what of his all-important abilities? As heavily indicated in his origin video, Sigma can harness the power of gravity. With his Hyper Spheres, he can deploy two "gravitic charges" which can bounce off walls and the ground and damage enemies. The Accretion ability allows Sigma to scoop up debris and hurl it towards an opponent to knock them down and backwards.

Sigma is also able to send out a floating Experimental Barrier wherever he likes, including at an angle and can recall it at any time. With the Kinetic Grasp ability, Sigma halts enemy projectiles in midair and turns them into shields for himself. Gravity also plays a key role in Sigma's ultimate ability, Gravitic Flux. With it, he pulls nearby enemies into the air and suspends them there for a brief time before slamming them down.

You'll be able to try out Sigma today on the public test realm (PTR) on PC. He'll arrive in the full game on PC and consoles later, likely within the next few weeks. But you can get an early look at how Sigma's abilities work right now. Overwatch game director Jeff Kaplan is joining former Overwatch League pro Brandon "Seagull" Larned's Twitch stream for a first look at the latest hero.

In this article: av, gaming, hero, overwatch, sigma
All products recommended by Engadget are selected by our editorial team, independent of our parent company. Some of our stories include affiliate links. If you buy something through one of these links, we may earn an affiliate commission.