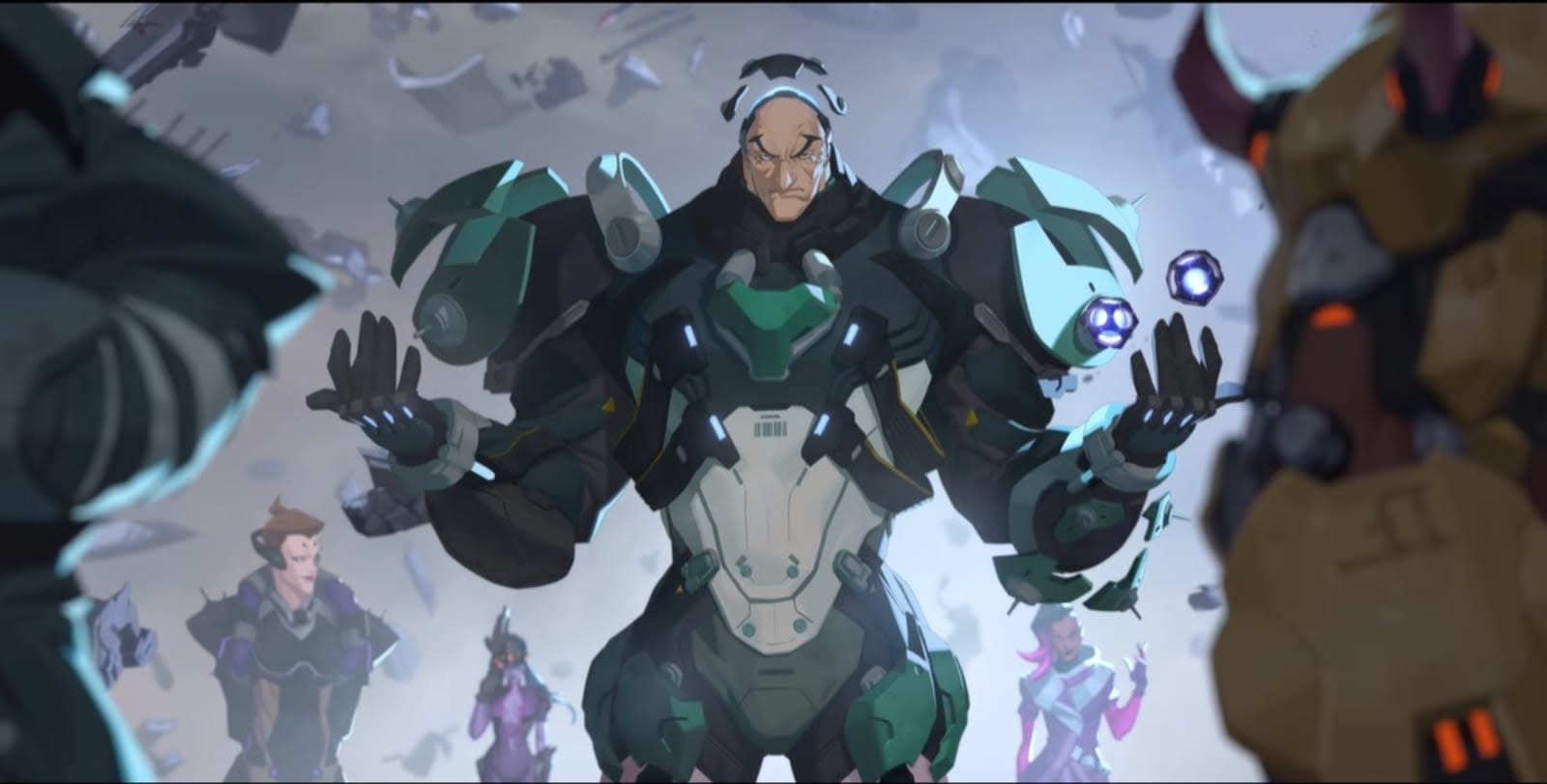 Blizzard waited a little longer than fans expected, but it has at last revealed the identity of Overwatch's 31st playable character. Following a couple of mathematical-oriented teasers over the weekend, the developer confirmed rumors and leaks that Sigma is joining the ranks.

A somewhat disturbing origin video describes him as an "eccentric astrophysicist" who is "unaware he's been turning into a living weapon." In the clip, he describes how his goal was to unlock the secrets of the universe and that "if the unifying theories are correct, we will soon be able to harness the power of a black hole." But something goes horribly wrong.

By my count, he's the fourth scientist character following Winston, Mei and Moira. He's also the second aligned with the villainous group Talon, along with Moira. She appears next to him at the end of the video, alongside other Talon members Widowmaker, Sombra, Reaper and Doomfist.

If Sigma follows the current hero release cycle of tank (Wrecking Ball), attack (Ashe) and support (Baptiste), it appears he'll fall into the tank category. Hero categories will soon be more important than ever in Overwatch once the role queue system rolls out, ensuring a player can only play characters from a pre-selected class during a quick play or competitive match.

Blizzard will surely reveal more details about Sigma, including his abilities and when you can actually play as him, in the near future. However, there are very strong hints in the video that he'll have gravity-based powers.

In this article: art, av, blizzard, blizzard entertainment, blizzardentertainment, character, games, gaming, hero, overwatch, sigma, overatch
All products recommended by Engadget are selected by our editorial team, independent of our parent company. Some of our stories include affiliate links. If you buy something through one of these links, we may earn an affiliate commission.