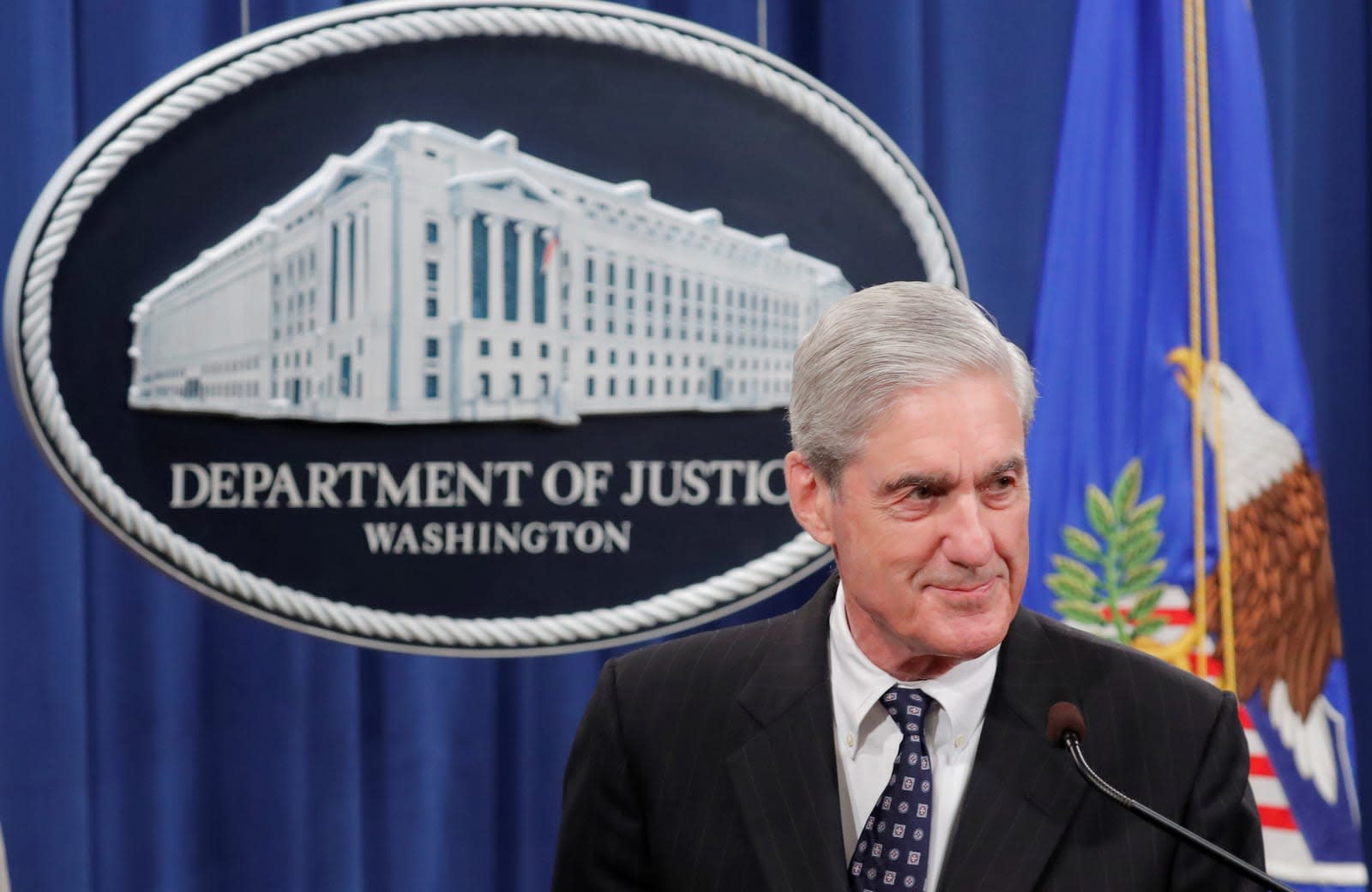 Robert Mueller famously stated that "the report is my testimony" about potential obstruction of justice by President Donald Trump. However, Congress was having none of that and subpoenaed the former special counsel to testify before the House Judiciary and Intelligence committees. That testimony will take place over a single day -- today, July 24th -- starting at 8:30 AM ET. If you're hoping for some drama or political theater, here's how to stream or watch it on TV.

You'll be able to follow live on NBC News Now, MSNBC.com and the YouTube, Facebook and Twitter sites of many of the below-mentioned news organizations, to boot. If you want to have an unfiltered feed, or watch from another country, your best bet is probably C-SPAN'S site or YouTube channel, embedded above.

Naturally, the proceedings will air across cable and broadcast networks including CNN, MSNBC, Fox News, ABC, NBC and C-SPAN. MSNBC will kick off live coverage at 6AM with Morning show, while CNN's all-encompassing Mueller programming will start at 8AM with Wolf Blitzer, Jake Tapper and other analysts and commentators. NBC's special coverage, led by Lester Holt, will kick off at 8:15 ET, while CBS and ABC will start at 8:30 AM, led by Norah O'Donnell and George Stephanopoulous, respectively.

If you're more a reader than a watcher, a number of sites including FiveThirtyEight and ABCNews.com will live-blog the proceedings while no doubt providing pithy commentary. Finally, you can just type a random term into a browser, and you'll probably end up with the feed anyway.

As for what to expect, the biggest drama might be around what Mueller is willing to say. The White House has expressly forbid him to discuss certain topics outside the report, while Congress has asked him to ignore that and answer any and all questions. Given that Mueller has been a poker-faced cypher, what he'll actually say is anyone's guess.

In this article: av, Congress, entertainment, RobertMueller, Streaming, Testify, Testimony, video, Watch
All products recommended by Engadget are selected by our editorial team, independent of our parent company. Some of our stories include affiliate links. If you buy something through one of these links, we may earn an affiliate commission.
Share
Tweet
Share