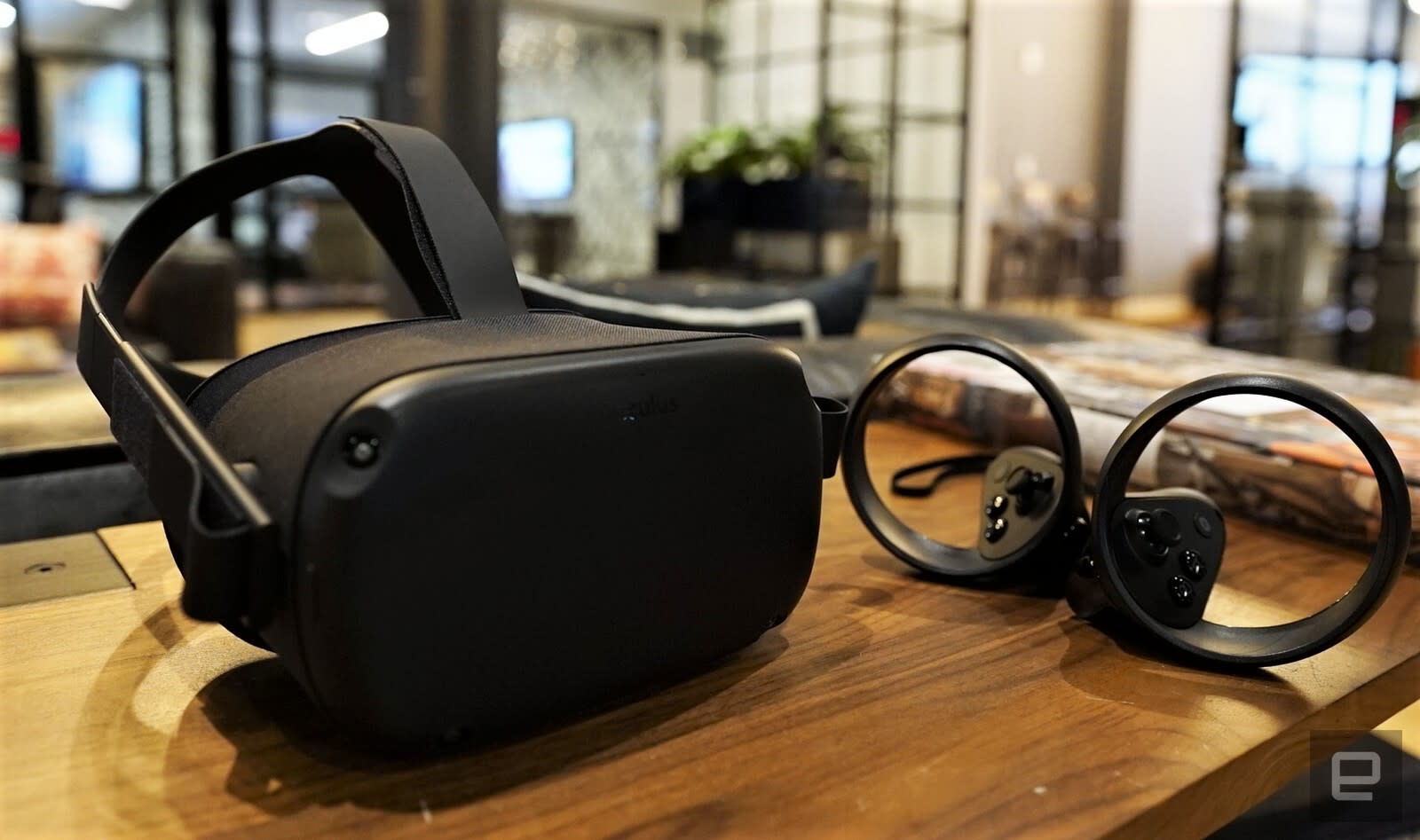 Oculus Venues, the platform's feature that crams stadium-sized experiences into a VR headset, is arriving on the Quest today. Venues gives you a way to hang out with friends inside virtual social experiences and even to meet new people at big events like concerts, basketball games and soccer matches. Oculus is rolling out the feature's summer lineup on July 24th, as well, which includes the Liverpool Football Club vs Sporting Clube de Portugal game at Yankee Stadium and Tenacious D's performance in the animated and rock opera Post-Apocalypto.

Venues' arrival is part of the Oculus platform's updates for July, which also includes an update for Guardian on the Quest. Guardian, as you might know, is what you'd use to specify the area where you can safely play inside virtual reality. The update makes Guardian much better at automatically recognizing multiple play spaces in different rooms, and it also adds support for multiple Guardian setups for the same room. Also, it adds the ability to change your play space settings, such as the floor height, instead of starting from scratch all the time.

To make the Touch controller more accurate when it comes to recognizing trickier poses, Oculus has also given its tracking algorithms a boost. Both Quest and Rift S owners will enjoy the improvements and will get fewer errors as a result. Oculus is also making it possible to switch on Passthrough+ indefinitely -- apparently a much-requested feature -- as well as to link games to Gateways. Finally, the company has launched a camera function, so you take a photo of your Home and even take selfies or groufies of your avatar.

In this article: gadgetry, gadgets, gaming, oculus, oculus quest
All products recommended by Engadget are selected by our editorial team, independent of our parent company. Some of our stories include affiliate links. If you buy something through one of these links, we may earn an affiliate commission.