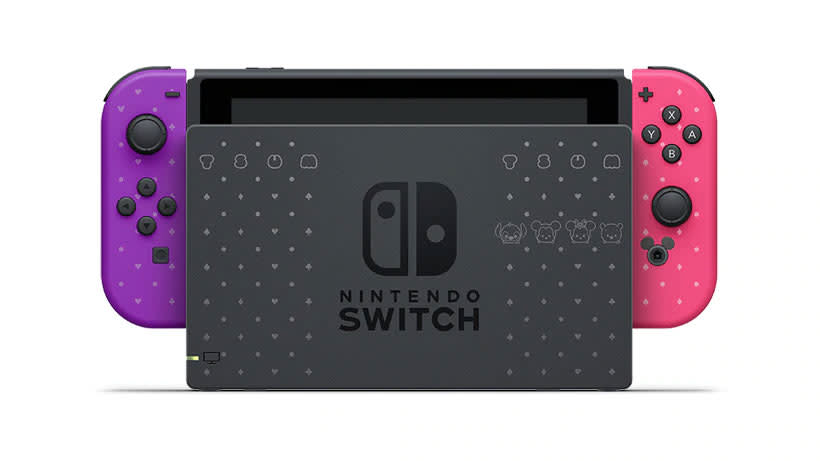 Now that Nintendo has finished upgrading the Switch's internals, the company has turned its attention to what's on the outside. The company has teamed up with Disney to create a Tsum Tsum-branded version of the new console to coincide with the launch of a Tsum Tsum game. Both the dock and the console get the Tsum Tsum dot branding, with a pair of Mickey Ears sitting over the home button.

If you're unfamiliar, Tsum Tsum is a line of Disney figures and toys that feature beloved characters in a more kawaii design. They're often found in gacha vending machines, conveniently at the same eye-level as your young children, for maximum pester power. But, since they are gacha, there's always the risk that you'll wind up buying several duplicates before stumbling upon the item your rugrat actually wants.

Unfortunately for kawaii fans, the Tsum Tsum Switch is only available in Japan, dropping alongside the game Tsum Tsum Festival. That'll happen on October 10th, but you can pre-order both from today, setting you back 36,000 yen, or around $330.

In this article: av, Disney, Gacha, gaming, Japan, nintendo, Switch, Tsum Tsum
All products recommended by Engadget are selected by our editorial team, independent of our parent company. Some of our stories include affiliate links. If you buy something through one of these links, we may earn an affiliate commission.